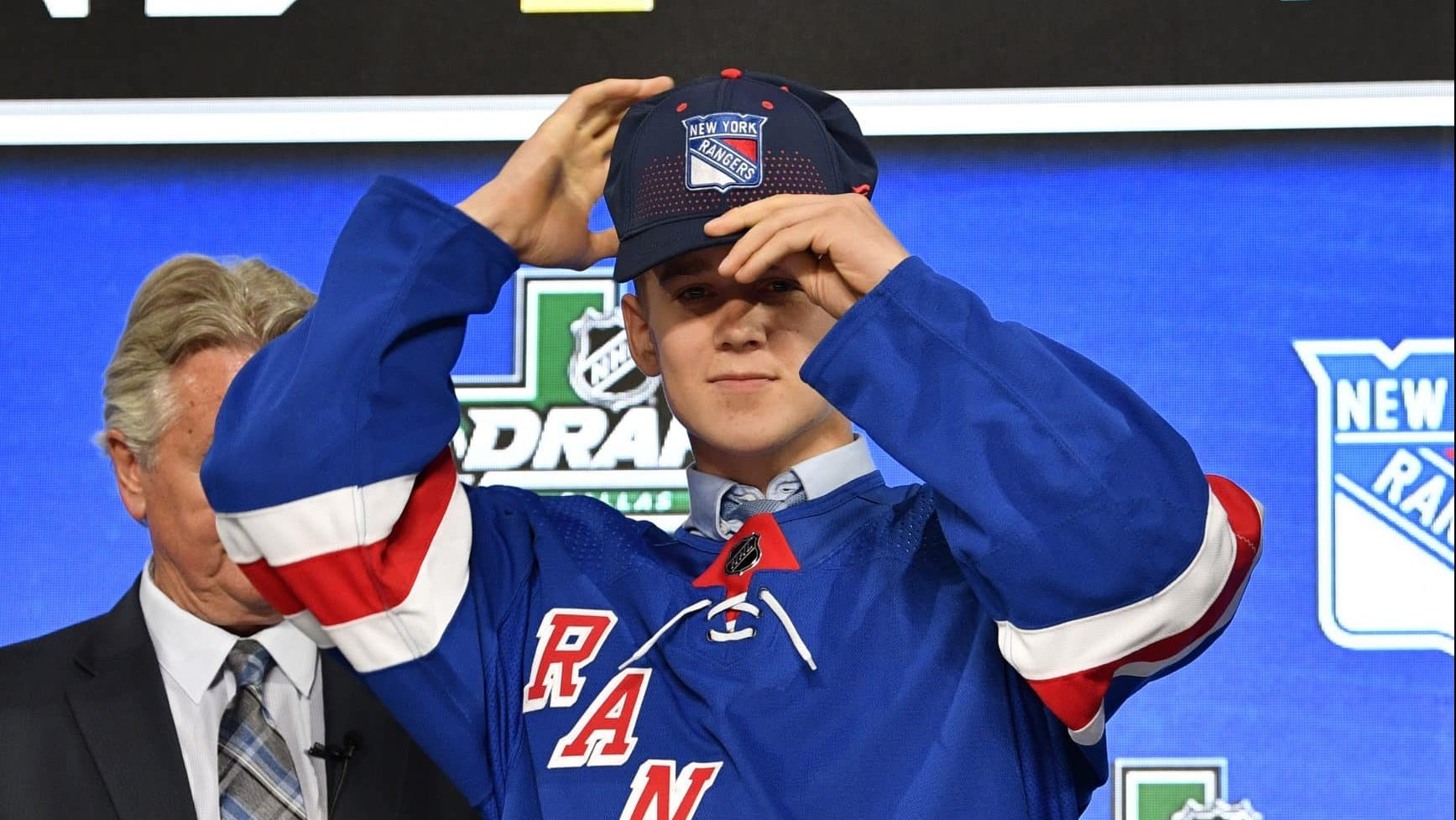 The young defenseman appears to be on track to make his NHL debut next season.

The future just got even brighter. 😎

The 20-year-old is the organization’s top prospect and won the Salming Trophy this season, given to the best Swedish-born defenseman in the SHL. With Luleå, Lundkvist has posted back-to-back 30+ point seasons.

He’s projected to be a top-four defenseman capable of playing high-end defense while also scoring.

The Rangers have made it clear that Lundkvist is part of the team’s plan next season and this move is confirmation of those plans unless he is traded.

There has been discussion of the Rangers trading for a big-name player such as Jack Eichel of the Buffalo Sabres and Lundkivst could be used as a trade chip in such a scenario.

However, the Rangers would likely prefer to hold on to him and if he does remain with the team, he’ll be projected to slot in as their number three RHD behind Adam Fox and Jacob Trouba, respectively, at least to begin the season.

The Rangers have a plethora of defensive prospects with very high ceilings and Lundkvist is the leader of the pack.

If the Rangers can hold on to him in the long run and if he does meet expectations, the blueline will be in great shape for years to come.

NHL Best Bets: Who will win the Rocket Richard Trophy in 2022?

Everyone’s Obsessed With The USA Skateboarding Team, So I Went And Found All Their Instagrams