The Rangers are reuniting with McKegg and now have even more defensive depth thanks to Tinordi.

The New York Rangers haven’t made a blockbuster signing, at least not yet, but they’ve been busy on Wednesday. They signed forward Greg McKegg and LHD Jarred Tinordi on Wednesday afternoon. 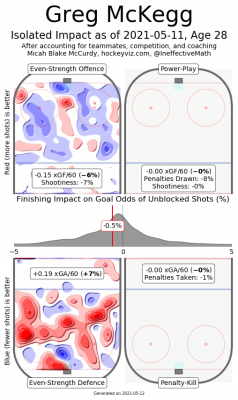 Based on this contract, it looks like the Rangers will send McKegg to the AHL and use him primarily as a depth piece.

Tinordi has been signed to a two-year, $900,000 deal. His most significant attributes are that he is 6’6″ and had a physical encounter with Tom Wilson, with whom the Rangers had their fair share of drama last season.

Tinordi is also going to be a depth piece on the Rangers’ left side of the defense behind Ryan Lindgren, K’Andre Miller, and Patrik Nemeth.

Buchnevich trade: What are the Rangers up to?