The Devils get a top playmaking forward on a great deal.

After signing one of the top defensemen in the league in Dougie Hamilton and bolstering the roster, the New Jersey Devils proved they weren’t done by signing forward Tomáš Tatar to a two-year deal on Thursday afternoon.

Gone fishin’ #NEWS: We have signed Tomas Tatar to a two-year contract with $4.5 AAV.

Tatar will be making $4.5 million in each of the two years. The Devils have been eager to sign a winger and now they have. Tatar’s versatility- he can play center, as well- is another plus. This is a truly fantastic acquisition for the Devils.

Tatar’s offense has been incredible over the past several seasons. Tatar is an elite playmaker and phenomenal in transition, something the Devils are definitely lacking. Last season, the 30-year-old scored 10 goals and 30 points in 50 games.

Tomas Tatar, signed 2x$4.5M by NJ, has simply been one of the league’s most effective 5v5 offence creators in the past three seasons. This is a major discount considering his recent body of work. #NJDevils pic.twitter.com/DxapHkdzZV 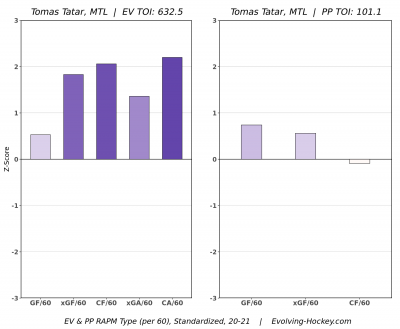 As if this isn’t great enough already, Tatar is an incredibly effective two-way forward who plays really solid defense, another issue the Devils have had. 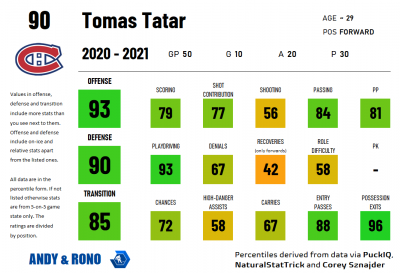 Tatar will likely play alongside Jack Hughes, making him the best linemate Hughes has had in his young career. Devils fans will be eager to see the two play with each other.