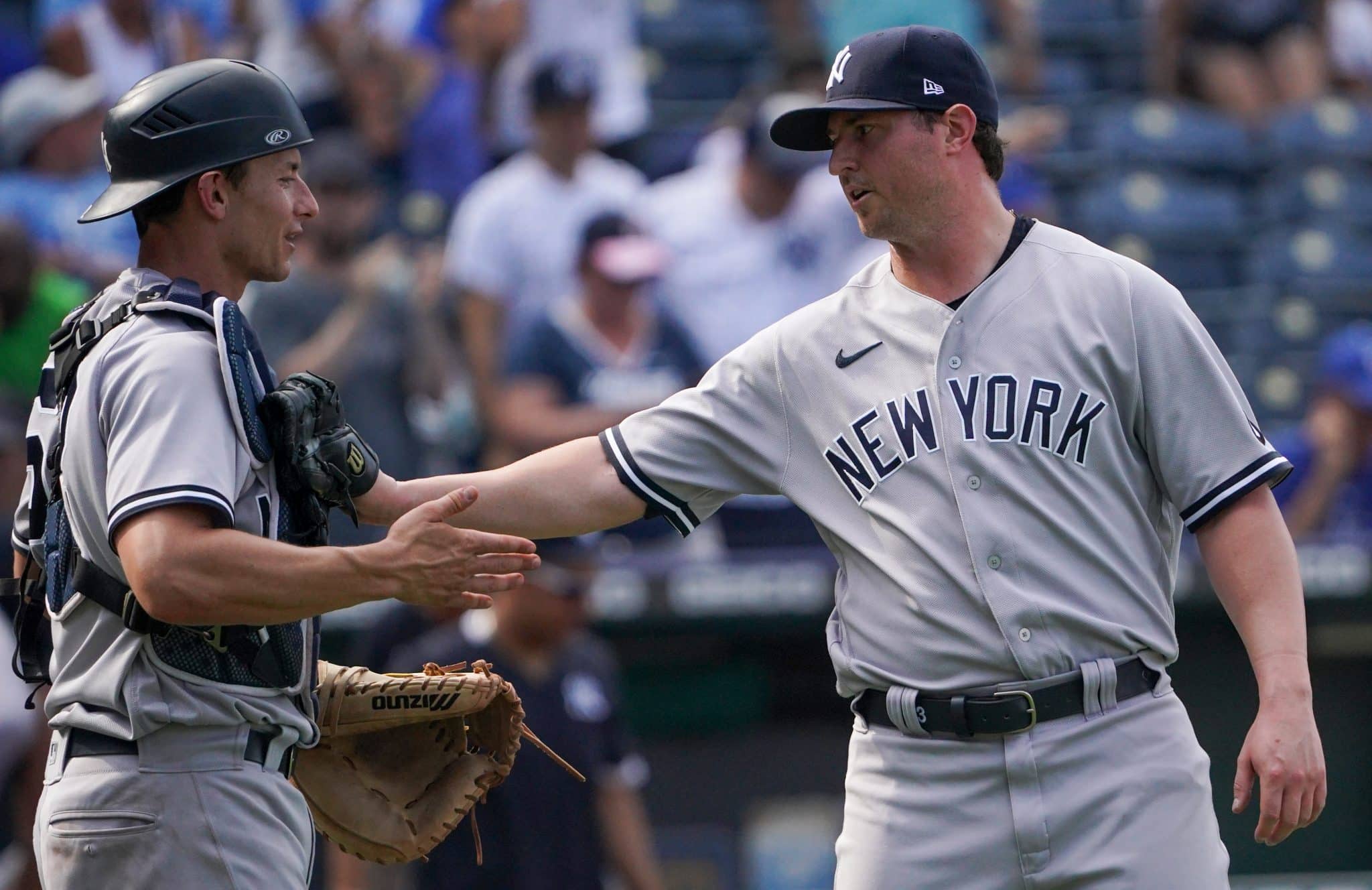 The New York Yankees are sending Zack Britton to the 10-day IL as they prepare for an important week of games.

The New York Yankees announced a slew of roster moves on Monday morning, including a trip to the injured list for Zack Britton. The lefty reliever’s stint on the IL will be retroactive to Aug. 20 as he deals with a left elbow sprain.

•Returned INF/OF Miguel Andújar from his rehab assignment and transferred him to the 60-day injured list.

Although Britton is a big name in the Yankee bullpen, he is struggling this season. He is sporting a career-worst 5.95 ERA. That number is two full runs higher than his previous worst as a reliever. In fact, Britton asked manager Aaron Boone to take him out of the closer role because he was pitching so poorly.

The loss of Britton is offset to a certain degree by the return of Clay Holmes. The righty was recently acquired from Pittsburgh and has only allowed two earned runs in 8.1 innings of work in pinstripes.

His career numbers (5.34 ERA) suggest that he might be in for a regression, but he was beginning to earn the trust of Boone and the coaching staff just before he went to the COVID-19 IL.

The Yanks are also recalling outfielder Jonathan Davis. Despite the crowded outfield with Giancarlo Stanton starting to play the field and the addition of Joey Gallo, Davis could see some time as a late-game defensive replacement.

Miguel Andujar‘s season continues to suffer setback after setback. The Yankees are transferring the big bat to the 60-day IL.

The Yankees have two games against the streaking Atlanta Braves before heading out west for a pivotal four-game set with the Oakland Athletics. New York holds a slim 2.5-game lead over Oakland for the first spot in the AL Wild Card.