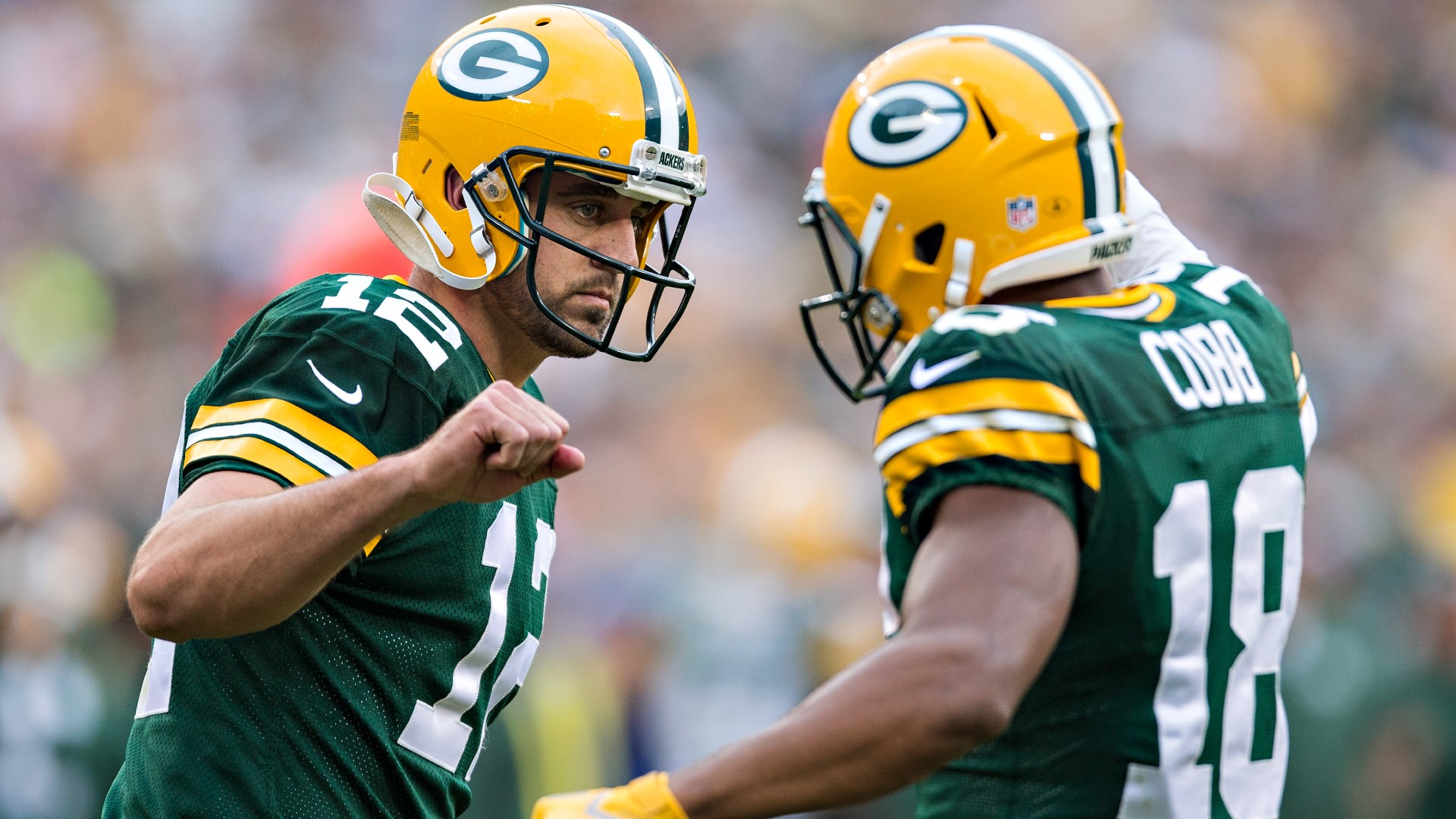 Aaron Rodgers may not be sticking with the Packers beyond the 2021 campaign, but he at least managed to put a drama-filled offseason behind him. Green Bay offered a few concessions to Rodgers to presuade him that returning was a better option than skipping training camp (or even the entire season), including addressing Rodgers’ frustration with the organization’s culture and decision-making process.

The three-time NFL MVP flexed his power by requesting a trade for Randall Cobb, who played for the Packers from 2011-18 before single-season stints with the Cowboys and Texans. Rodgers’ wish was granted, as Green Bay sent a 2022 sixth-round pick to Houston in exchange for the veteran wide receiver.

MORE: Rodgers reveals just how close he was to retiring

During Wednesday’s edition of “The Pat McAfee Show,” guest host and former Packers linebacker A.J. Hawk asked Rodgers if he had placed too much pressure on Cobb because he pushed for the move. Rodgers jokingly dismissed Hawk as a “pundit” with bad takes before heaping praise upon Cobb.

“There’s been so many moments throughout camp where you’re like, ‘Whoa,'” Rodgers said. “Like, ‘Whoa, that was really f—ing smart,’ or ‘Whoa, that was an amazing play,’ or ‘Wow, he’s still athletically super-gifted,’ or ‘I’ve never seen a shallow cross run that precisely.’ There’s been like one thing every single day that he’s done that a lot of people have said, ‘Wow, that’s why 12 wanted him so bad. That’s why he’s going to be an important part of what we’re doing.’ We need him, 100 percent.”

In eight seasons with Green Bay, Cobb totaled 470 receptions for 5,524 yards and 41 touchdowns. He excelled in the slot and established himself as one of Rodgers’ favorite targets.

While third-round pick Amari Rodgers has worked with the starters, it seems unlikely he will rise above Cobb on the depth chart. Aaron Rodgers was complimentary of the rookie wideout, but he has a special personal and professional connection with Cobb.

“Obviously he’s very gifted athletically, and at some point he’s going to be probably the slot receiver here,” Rodgers said. “But it’s nice having Cobb back. He’s had a great camp. We’ve got to keep him healthy this season, and [we’re] excited about what he can bring to the squad.”