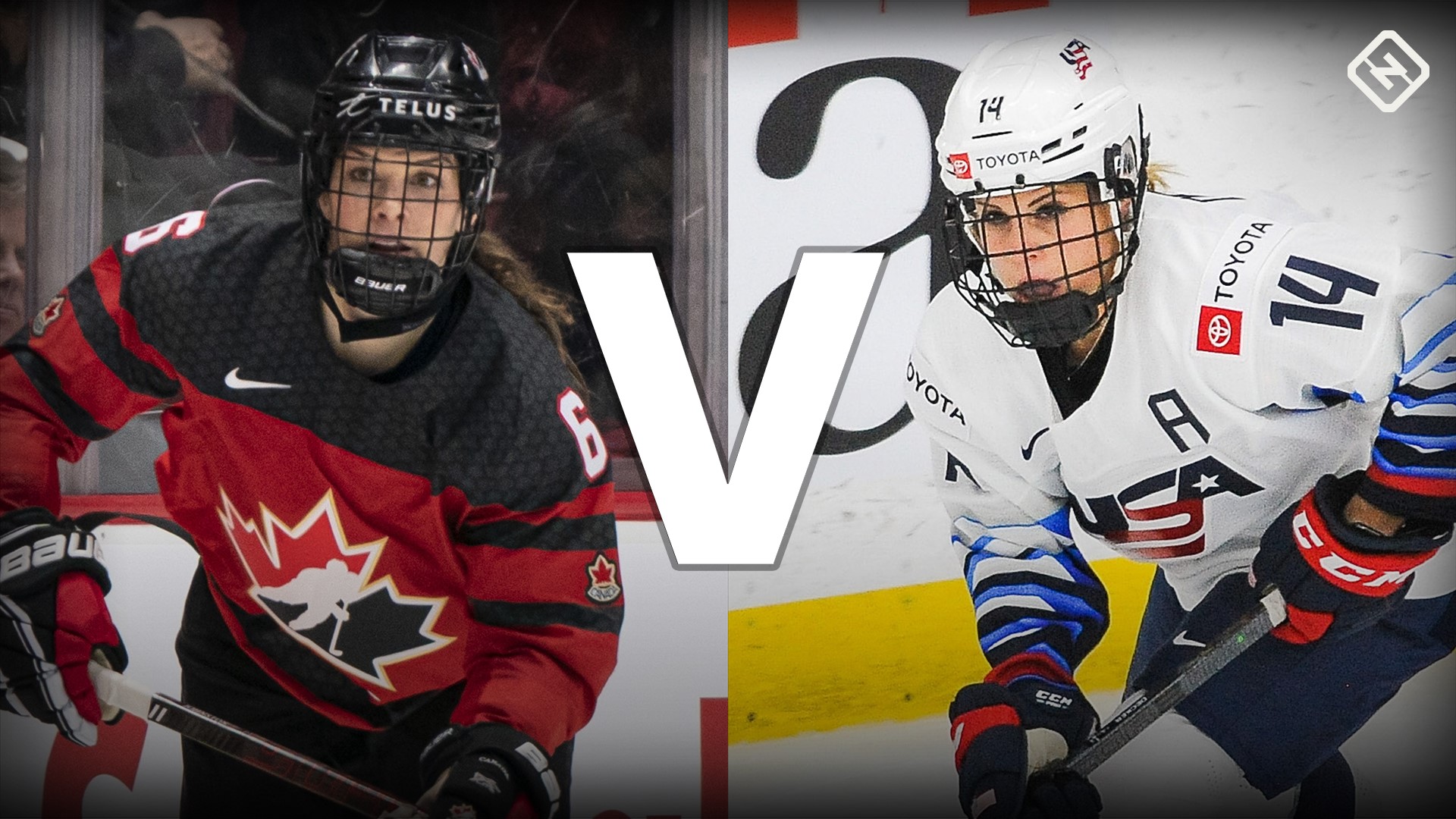 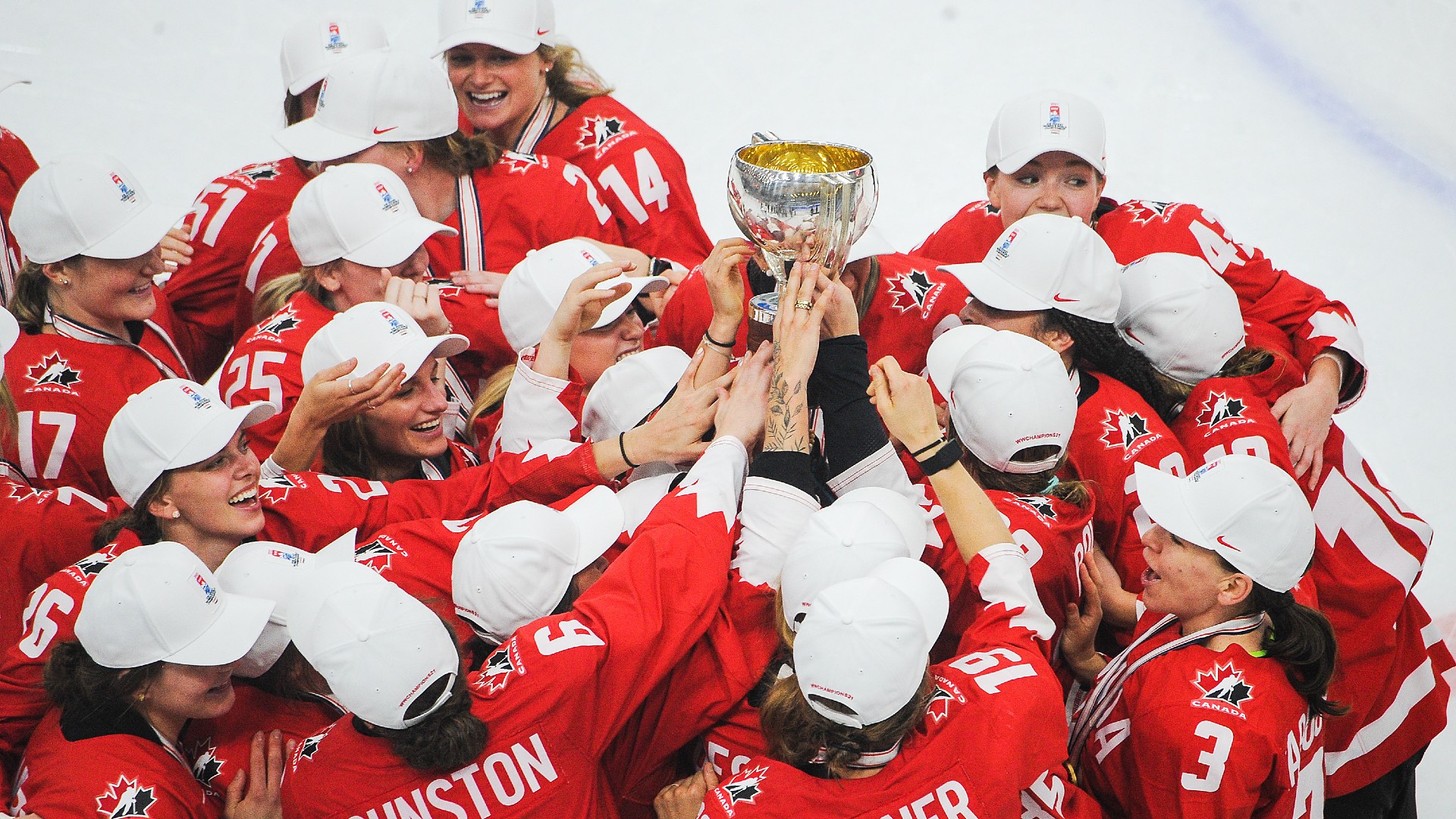 Intense. Fun. Exciting. Those were the expectations heading into the 2021 IIHF Women’s World Championship gold-medal game — and it lived up to that, tenfold.

In a back-and-forth affair that saw heart-thumping chances, big-time goals and the cool-as-a-cucumber saves by the netminders, archrivals Canada and the United States of course saw their 19th golden meeting come down to overtime. Seven minutes and 22 seconds into that extra session, Canada’s captain Marie-Philip Poulin — who else, really? — scored the game-winner.

It happened so fast: Poulin fired the shot from the left circle and it went off the crossbar, off the post, over the line and out. She knew, but the referees said play on. It took the video reviewers a couple of seconds to confirm but, when the horn sounded, everyone knew as Canada flew off the bench.

“Who else do you want to have the puck on their stick than Poulin?” coach Troy Ryan said. “It’s amazing how many big goals she’s scored for Canada over her career, so we’re just glad she’s on our side.”

The win marked the Canadians’ first gold medal at worlds since 2012, and ended the Americans’ run of five straight championships. Five players returned from that 2012 team: Jocelyne Larocque, Rebecca Johnston, Brianne Jenner, Natalie Spooner and Poulin. That handful of players, who were also left disappointed two years ago with a bronze medal, played a key role in the finale. Jenner cut the Americans’ 2-0 lead in half with a power-play tally in the second, after Alex Carpenter put the U.S. up a pair in the first. Larocque and Jenner not only got the helpers on Jamie Lee Rattray’s game-tying goal, but also were also the duo to set up the golden goal.

“She’s a special player, obviously,” Jenner said when asked about Poulin. “When you have that much talent but you have the work ethic that she has, I mean, that’s why she wears the ‘C’ for us and that’s why she’s so clutch for us. She has everything that you need in a great hockey player and it was an honor of having the assignment of getting the puck on her stick.”

“It’s hard with words, to be honest,” Poulin said when asked to describe what the feeling is like with nine years in between golds. “The team showed up tonight. I think we stayed resilient. We stayed to our way, we stayed to our game. It was amazing, a team effort all around. … It’s been a long time coming.”

Canada entered the finale on a six-game winning streak — yep, they hadn’t lost a single game — including a 5-1 win over the Americans in the preliminary round. That game saw the Americans come out flat and their neighbors to the north dominated. Tuesday night was a much different American squad as they came out hard and matched the Canadians shift by shift. Canada’s netminder Ann-Marie Desbiens struggled early, allowing those two Carpenter tallies, but then settled down and stopped 23 of 25 shots. Nicole Hensley was sharp on the other end too, turning aside 29 of 32.

Next time is just around the corner. While it was a world championship gold medal on the line in this one, it was also a scene-setter for the 2022 Winter Olympics. In less than six months, these teams could do it all again in Beijing — and it’ll surely be just as intense, fun and exciting.

Sporting News had all the action as the United States and Canada went toe-to-toe with the gold medal on the line and Canada became golden (all times Eastern):

10:25 p.m. — Blayre Turnbull may have been injured in the celebration.

10:22 p.m. — GOAL. Marie-Philip Poulin races in and shoots the puck over the glove of Nicole Hensley. Poulin celebrates but referees say play on. Seconds later the horn sounds and it indeed went in top corner. Canada wins 3-2.

9:55 p.m. — My goodness. Jamie Lee Rattray. Inches. Hensley gets a piece and the puck goes off the post. Woah.

9:49 p.m. — Sarah Fillier takes an offensive zone penalty and the Americans head to the power play with 4:39 left.

9:47 p.m. — Desbiens makes a big save on a breaking Hayley Scamurra and then seconds later, stops Abbey Murphy.

9:38 p.m. — Hensley is tracking the puck well and makes the stop on Rebecca Johnston.

9:07 pm. — Sarah Fillier called for delay of game at the end of the period after she covered the puck with her hand. USA will start the third on the power play.

9:03 p.m. — Rebound comes out to Jenner in the high slot and Hensley gobbles up the shot. Hensley is having a phenomenal game.

9:03 p.m. — Daoust with the one-timer from the high slot but Hensley makes the big-time save.

8:56 p.m. — Canada getting some looks on the power play but USA also doing a good job of clearing the slot.

8:54 p.m. — Decker is back for the penalty kill but can see she is favoring that right hand.

8:53 p.m. — Seconds after the penalty expires Dani Cameranesi takes down Poulin and Canada heads back to the power play.

8:51 p.m. — Not great news for the U.S. as Brianna Decker is on the bench in pain after blocking a Marie-Philip Poulin shot with her hand.

8:41 p.m. — GOAL. off the faceoff, Jamie Lee Rattray goes right to the net and deflects in the Jocelyne Larocque point shot. Game tied 2-2.

8:35 p.m. — PP GOAL. Nicole Hensley makes the save on the high shot but can’t control the rebound and Brianne Jenner picks up the loose puck and puts it around the goalie’s pad. USA leads 2-1.

8:33 p.m. — USA gets called for a faceoff violation and Canada heads to the power play. Canada’s power play has been, to put it nicely, not good at 3-for-23.

8:32 p.m. — USA buzzing around the Canadian net and Desbiens makes a number of stops to keep it a two-goal game.

8:11 p.m. — Period comes to an end. USA leads 2-0 on the scoreboard and 8-6 in shots. Canada didn’t have the same jump as the preliminary game and USA capitalized on rebound chances.

8:04 p.m. — Rebecca Johnston off the rush rings one off the post and Hensley jumps on the puck before it goes off her body and over the line.

8:01 p.m. — Great shot by Victoria Bach as she gets behind the defense but Hensley makes the save.

7:59 p.m. — PP GOAL. Alex Carpenter again! This time she cleans up the loose puck after the shot by Lee Stecklein from the point handcuffs Desbiens. USA leads 2-0.

7:57 p.m. — USA gets a power play as Jocelyne Larocque called for kneeing.

7:44 p.m. — Lots of tight checking and not much room. Just five minutes in and Canada has the shot advantage, 2-1.

7:43 p.m. — Much different start to this one than the preliminary game.

6:33 p.m. — Alex Cavallini got the start in the preliminary round against Canada and was pulled. Nicole Hensley gets the nod and will be in between the pipes on Tuesday. Ann-Renée Desbiens, who has been a force for the Canadians, will be in net.

LeBron James addresses his future with the Lakers, wanting to play one season with his son