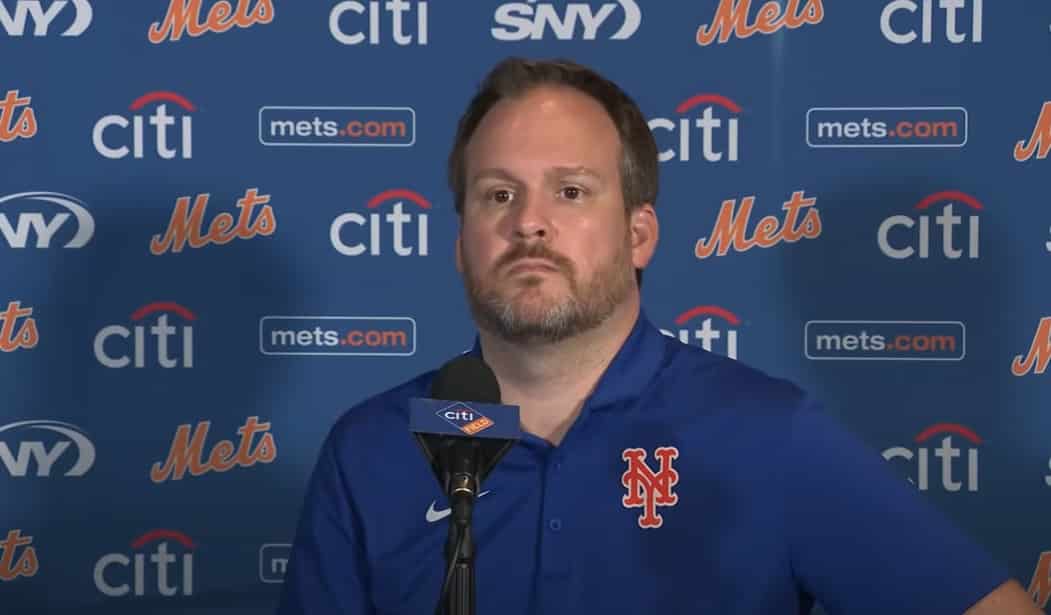 It’s not a good time for the New York Mets right now. Following some on-field issues between the players and the fans, they are currently dealing with an off-field issue involving acting general manager Zack Scott.

On the night of New York Mets GM Zack Scott was arrested for allegedly driving drunk, he was at the Connecticut home of team owner Steve Cohen, sources tell ESPN. A fundraiser for the team’s Amazin’ Mets Foundation was being held at the house, and Scott and players were there.

The Mets can’t seem to get out of their own way right now. The team released a statement regarding Scott’s arrest (via Deesha Thosar of the New York Daily News):

“We were surprised and deeply disappointed to learn this morning about an alleged DUI involving Zack Scott. We take this matter very seriously. Zack will not be traveling with the team for our upcoming road trip while we learn more and determine next steps.”

Don’t forget, Scott is the second GM for the Mets this season. Jared Porter was fired after he admitted to sending sexually explicit messages and pictures to a reporter in 2016. For what it’s worth, Mets president Sandy Alderson hired both Porter and Scott.

Even though the Mets notched two feel-good victories on Tuesday, the bad news just keeps coming.

The Mets will close out their series against the Miami Marlins on Wednesday night (7:10 p.m. ET).

Aaron Boone deserved a Bern’s Steak after beating the Rays