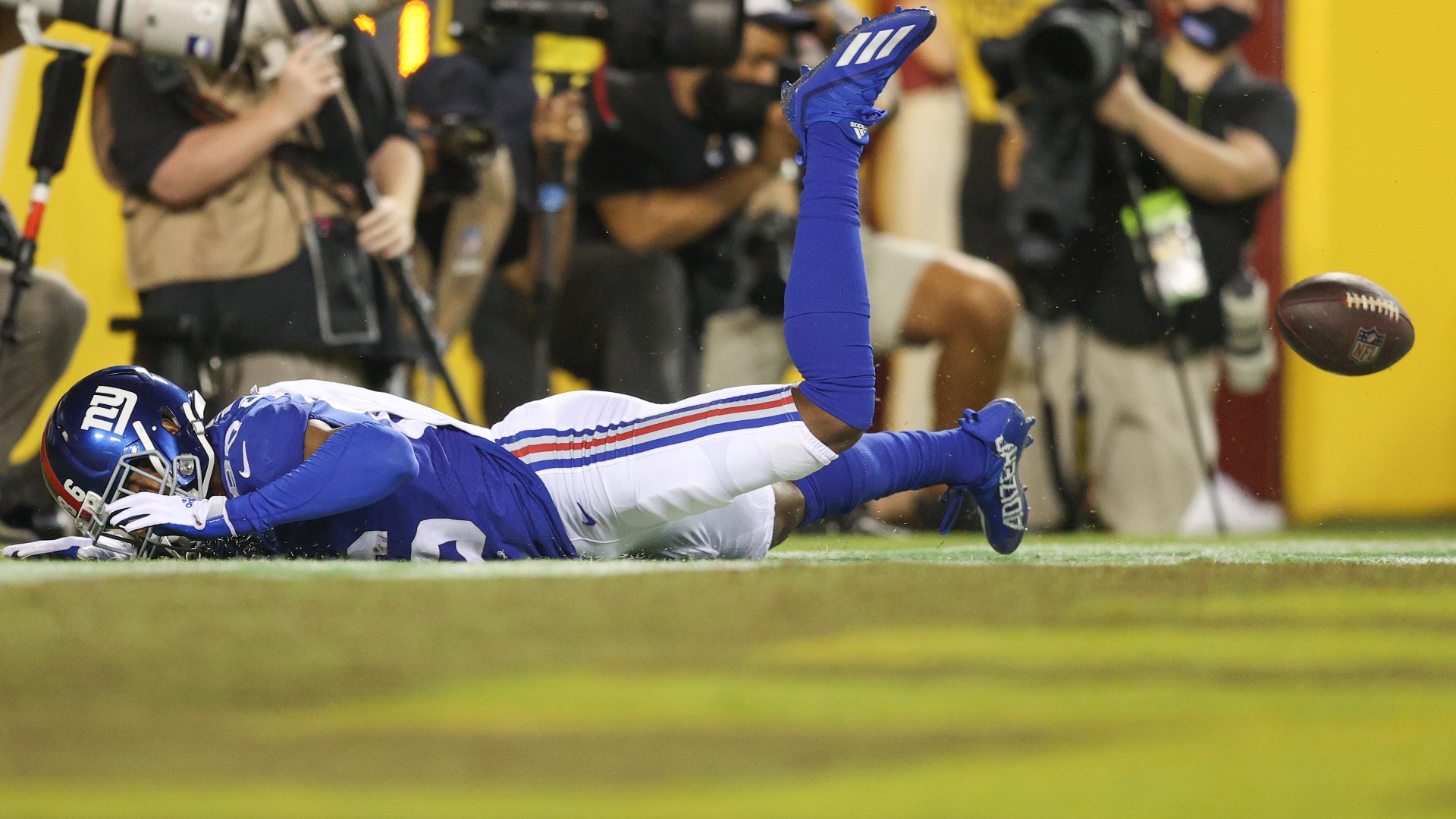 The Giants fell to 0-2 for the fifth consecutive season with a 30-29 loss to Washington at FedEx Field on “Thursday Night Football.”

New York, which led 23-17 early in the fourth quarter and 29-27 with two minutes remaining, had multiple opportunities to close out the game but couldn’t do it.

The biggest missed chance: Wide receiver Darius Slayton dropped what should have been a touchdown with 6:20 left in the fourth quarter.

Cornerback James Bradberry intercepted a Taylor Heinicke pass at the Washington 20 with 2:22 remaining, but the Giants settled for a go-ahead field goal on the ensuing drive.

New York would have won the game had defensive lineman Dexter Lawrence not jumped offside on a 48-yard field goal attempt by Washington kicker Dustin Hopkins that missed wide right. Hopkins received another chance and connected on a 43-yard kick as time expired.

The Giants also had a 58-yard touchdown run by quarterback Daniel Jones in the second quarter nullified by a holding penalty on wide receiver C.J. Board deep downfield. New York got a field goal out of the drive instead.

Giants fans were not happy about the way their team lost, and apparently neither was wide receiver Kenny Golladay, who had words with Jones on the sideline after a late incompletion.

Jones said after the game he thought Golladay was “just frustrated at the situation. I don’t think it was to me or anyone else.”

As the blunders piled up, New York received plenty of flak on social media.

How the Giants finished the previous four years after starting 0-2.