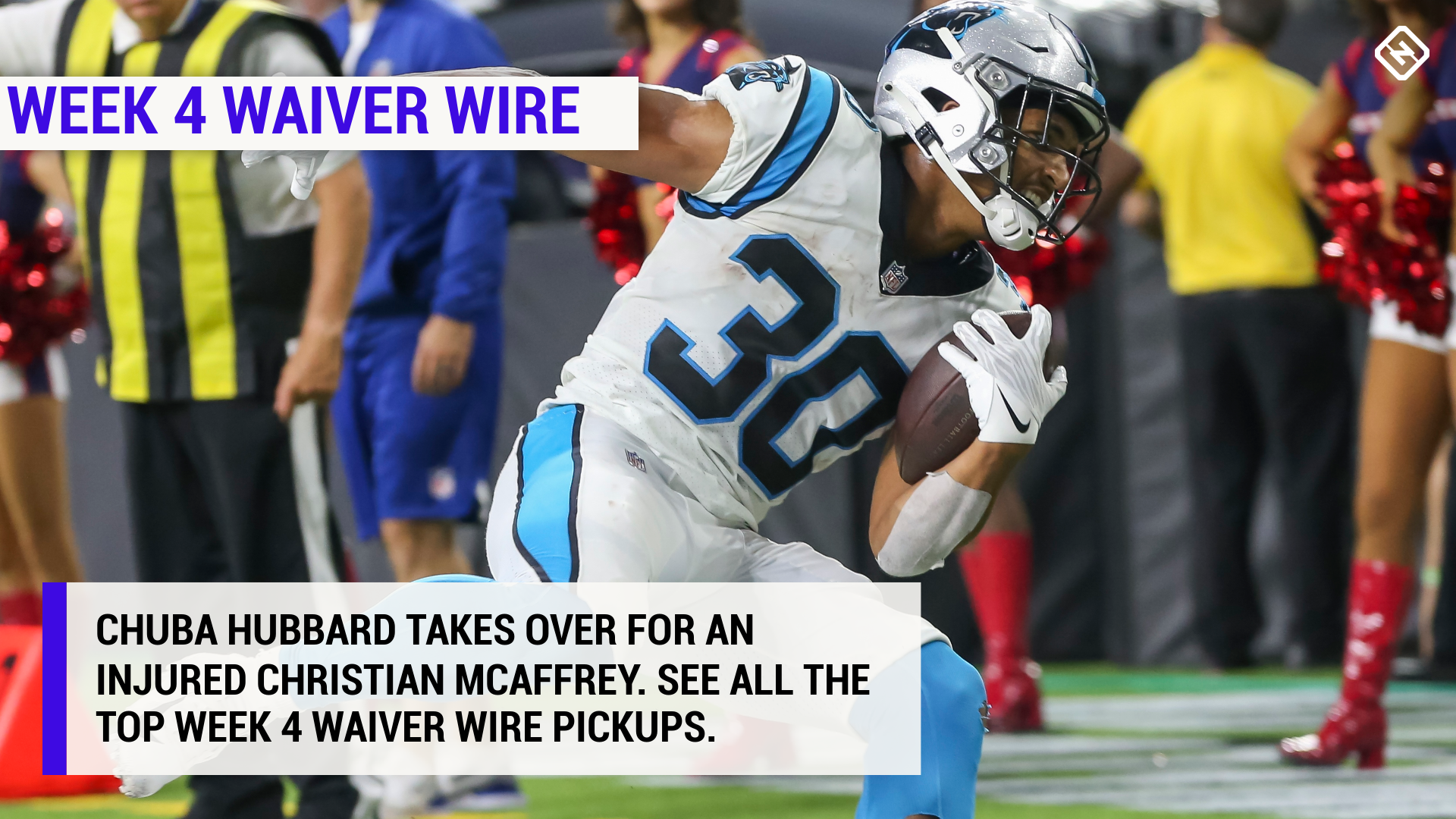 Every NFL Sunday brings with it a unique set of circumstances. Sometimes there are a bunch of injuries, leading to a seemingly endless supply of potential waiver moves. Other times, there are minimal injuries and even fewer interesting breakouts. It’s not difficult to figure out what type of Sunday just passed after a quick glance at our top Week 4 fantasy waiver wire pickups and free agent adds. Of course, the biggest fantasy football news (and potential pickup) happened earlier in the week when Christian McCaffrey injured his hamstring, opening the door for handcuff Chuba Hubbard to take over. But heading into the two remaining prime-time games on Sunday, we haven’t added a lot of substance to the waiver wire. Zack Moss and Peyton Barber made some waves among RBs, while Hunter Renfrow, Emmanuel Sanders, DeSean Jackson, Tyler Conklin, and Kendrick Bourne seemingly broke out among pass-catchers. Overall, though, it’s looking much more like a “free agent” week than a “waivers” week.

Even with that said, there are always potential depth pieces to add. Our full free agent list has several more interesting WRs, and TEs (Tim Patrick, James Washington, Pat Freiermuth, Evan Engram, Collin Johnson, A.J. Green, Christian Kirk), all of whom could continue to see upticks in targets because of injuries. Unfortunately, these guys don’t profile as roster saviors by any means. They might be Week 4 saviors, though, and playing things a week at a time is never a bad move in fantasy. That’s why we also have plenty of Week 4-specific streaming suggestions at QB, TE, and D/ST, which can be found at the end of this list.

Hubbard is definitely worth a top waiver claim, though it’s possible McCaffrey is only out a week or two. Still, after we saw CMC miss 13 games because of three different injuries last year (and has now added a fourth different ailment), there’s no reason to think this will be the only time he misses. Invest in Hubbard now (and keep an eye on Royce Freeman). Other than that, though, it’s tough to spend big on a wide receiver. Moss seems like the only other guy worth a waiver claim, and he’s probably not worth a top-five claim given the ambiguity that we know will continue in the Bills backfield.