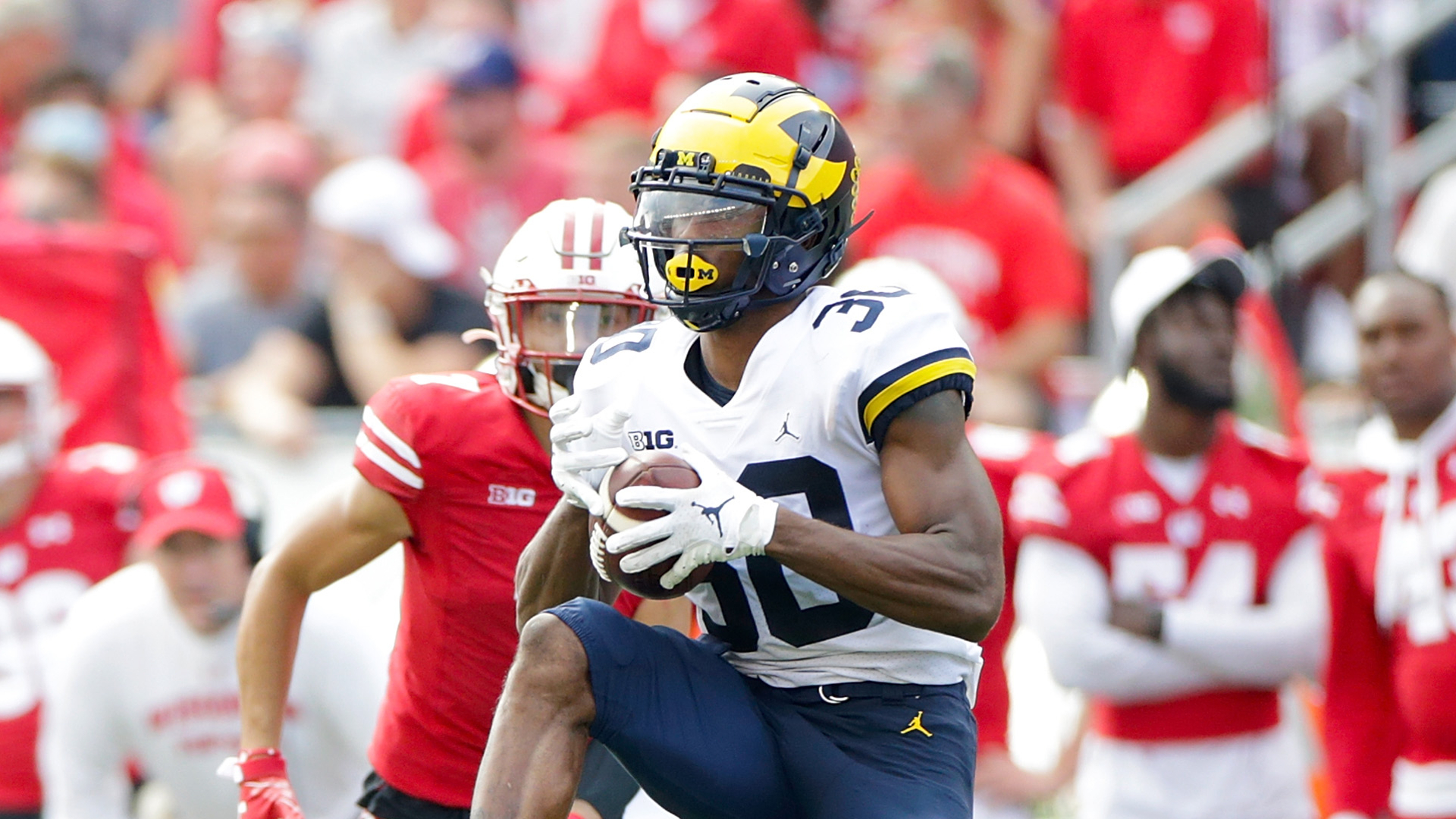 Michigan earned its best victory of the 2021 season on Saturday, hammering Wisconsin 38-17, their first victory against the Badgers since 2018 and first in Camp Randall Stadium since 2001.

It was a great game that came at the perfect time for a Wolverines team that now finds itself 5-0 for the first time since 2016. Michigan was coming off a game in which it struggled somewhat against Rutgers in a 20-13 win. How did it respond? By taking a 13-10 halftime lead, then outscoring the Badgers 25-7 in the second half.

No moment was more indicative of Michigan’s dominance on Saturday than Camp Randall’s “Jump Around” tradition at the start of the fourth quarter. Instead of having his team stay seated and talk over the fourth-quarter gameplan, coach Jim Harbaugh had them participate, making it work for them:

Michigan junior defensive back Daxton Hill explained the move to reporters postgame, saying the Wolverines wanted to steal the energy generated from the tradition and take it for themselves:

From Angelique Chengelis of The Detroit News:

“That was going to be our juice. We were going to steal their juice” — Dax Hill on the players enjoying “Jump Around”

The move worked to perfection, as the Wolverines defense recovered a fumble and intercepted a Chase Wolf pass on its next two ensuing drives. The offense did its part too, scoring off a Jake Moody 48-yard field goal, a 13-yard touchdown connection between Cade McNamara and Cornelius Johnson and a 56-yard touchdown connection between J.J. McCarthy and Daylen Baldwin to make it 38-10 Michigan.

Wisconsin managed to score another touchdown following a Wolverines interception, but the damage had already been done. Now it’s on the Wolverines to maintain their momentum as they head into the remainder of their schedule. The Wolverines next take on Nebraska before taking a bye ahead of their game vs. Northwestern.