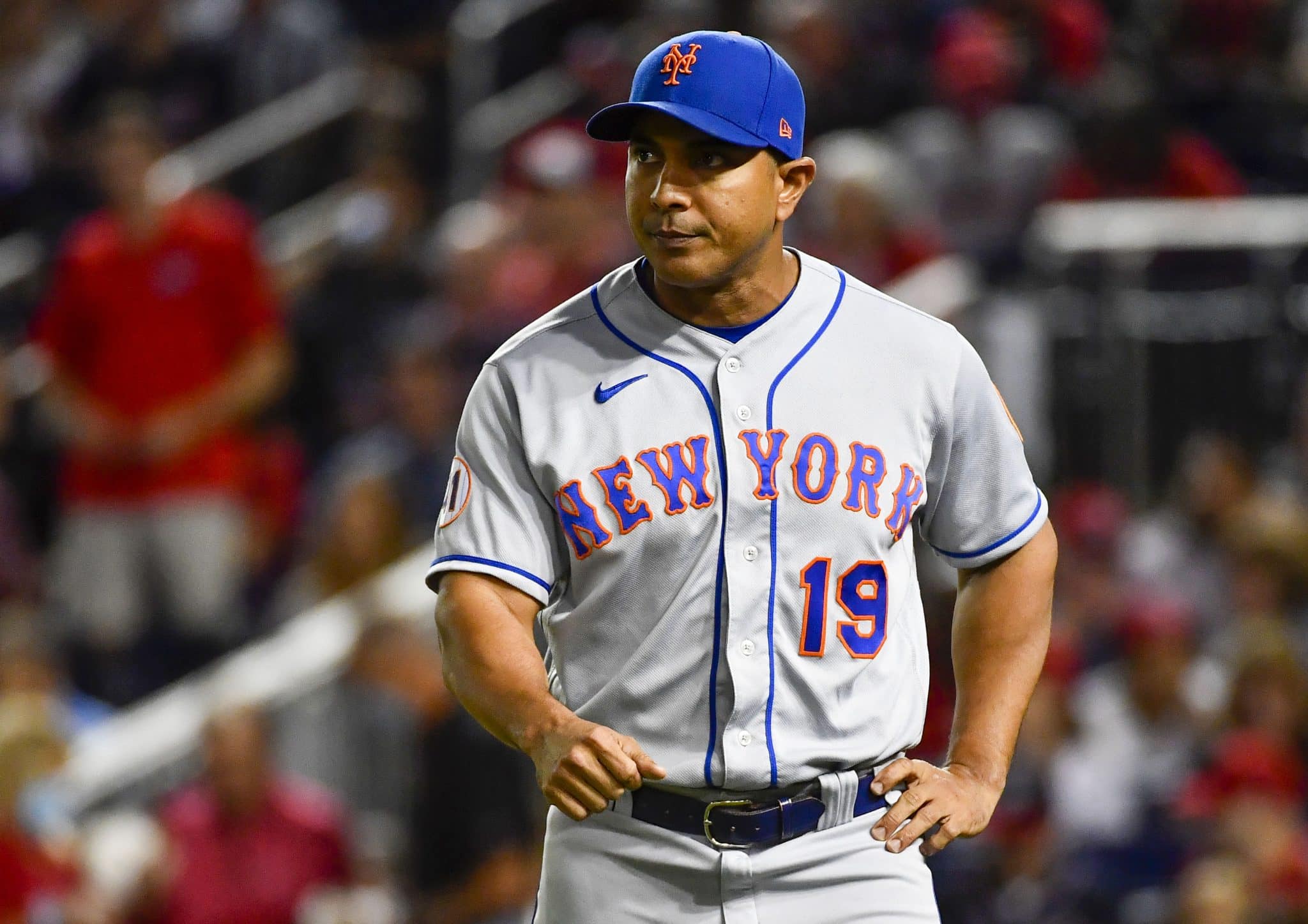 The New York Mets are in search of a new manager after declining the team option on the last year of Luis Rojas’ contract.

So long, Luis Rojas. After two seasons with an overall record of 103-119, the New York Mets are moving on from Rojas. It’s not a surprise to see the Mets move on after two disappointing seasons with Rojas in charge.

“The entire Mets organization is grateful for the dedication and devotion that Luis has exhibited over the last two seasons as manager,” said president Sandy Alderson in a statement. “He has shown a great commitment to the Mets over many years in multiple capacities. These decisions are never easy, but we feel a change is needed at this time.”

“I want to share such heartfelt gratitude to so many in the Mets organization for not only the last two seasons as manager, but for the last 16 years in a variety of roles,” said Rojas. “In each and every position I held, striving for excellence was our daily mission. I will always hold the relationships and friendships, developed over the years, dear to my heart, and am forever grateful to have been able to wear the Mets uniform for so long. We live in a results oriented business, and am deeply disappointed for our staff and fans that we didn’t reach our goals this season.”

The Mets have a lot of fills to fill on the coaching staff and in the front office. They need a manager, a general manager, and presumably, a new president of baseball operations. Sandy Alderson was never supposed to be the long-term answer. Instead, Alderson was billed as a bridge to someone else taking over.

Unfortunately, Alderson is on a brutal streak when it comes to hiring executives. Jared Porter was banned from baseball until the end of the 2022 season for inappropriate conduct with a reporter. His replacement, acting GM Zack Scott was recently nabbed for drunk driving after a charity function at Mets owner Steve Cohen‘s house.

The good news is that the Mets have a long offseason to sort things out.