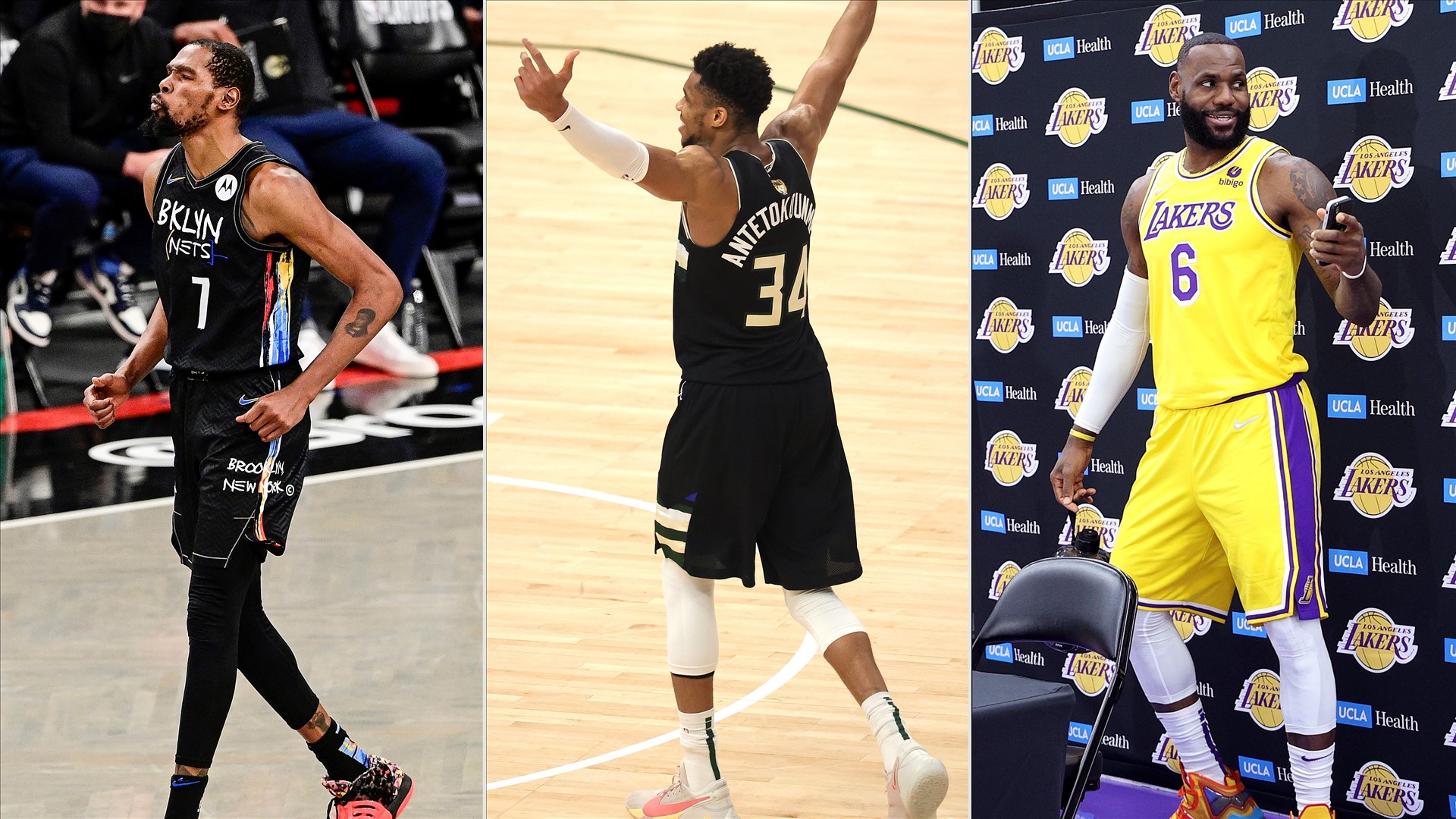 A new NBA season is upon us, so it’s only right to get the debates going.

The 2021-22 season is a landmark for the NBA, which is celebrating 75 years of existence, an achievement that will be marked with a list of the 75 greatest players to ever play the game. In a similar spirit, a few members of SN’s NBA staff embraced debate to put together rankings of the top 30 players in the NBA entering the upcoming season.

It’s important to note that this is entering the season, so players that aren’t expected to play on opening night (Kawhi Leonard, Jamal Murray and Klay Thompson) were excluded from the vote.

The rankings were a collaboratve effort, with a sliding scale of points received depending on where you ranked on our respective staff member’s lists. From there, the rankings were sorted out from 1-30.

Now that that’s out of the way, it’s time for debate. Onto the rankings!

Davis missed half of a possible 72 regular-season games before returning ahead of the 2021 NBA Playoffs, but in the opening round loss to the Phoenix Suns, he suffered a groin injury that severely limited his impact.

After a full offseason of rehab and recovery, Davis will look to bounce back to the form he showed during the 2020 NBA Restart, where he won the first NBA title of his career.

MORE: How do the Lakers additions fit with LeBron and AD?

It’s rare to see a near-consensus reached in basketball debates, but each voter rated Lillard at or around 10th.

Last season, Lillard averaged 28.8 points, 7.5 assists and 4.2 rebounds for Portland, which earned the West’s sixth seed. In the playoffs, Lillard rose to the occasion, upping his averages to 34.3 points and 10.2 assists per game, including an all-time performance with 55 points and 10 assists in a Game 5 overtime loss. Despite the heroics of their superstar, the Blazers were eliminated in six games.

He might not have landed in our top five, but 2017 league MVP is still one of the league’s most dangerous players.

After an early-season trade sent him to Brooklyn, Harden quickly found his way, posting averages of 24.6 points, 10.9 assists and 8.5 rebounds over 36 regular-season games with the Nets. Unfortunately, Harden dealt with injuries during the regular season and playoffs, suffering a hamstring injury just seconds into Game 1 of the Eastern Conference Semifinals, impacting the entire trajectory of the season.

In 2021-22, Harden and the Nets have a year of playing with one another under their belts and have their eyes set on an NBA title.

Is Embiid the most dominant player in the league? A few of our voters certainly think so.

Last season, the 27-year-old finished as runner-up for the league’s MVP award after averaging a career-best 28.5 points per game for a Sixers team that finished first in the East. This dominance continued in the Playoffs, where, despite tearing his meniscus in the opening round, Embiid turned in averages of 30.4 points, 12.7 rebounds and 3.9 assists in the Sixers’ seven-game series loss to the Atlanta Hawks in the Eastern Conference Semifinals.

Now, with it appearing as though his All-Star teammate Ben Simmons is done in Philly, Embiid will have to turn it up a notch to keep his team among the East’s elite.

At this point, what can we even say about Doncic?

At 22, he put on a masterclass against one of the league’s best defences, averaging 35.7 pooints, 10.3 assists and 7.9 rebounds in a tightly-contested seven-game series with the LA Clippers. Dallas came up on the short end, but Doncic made his presence felt.

He only added to his lore with an epic performance to lead Slovenia to its first-ever appearance in the Men’s Olympic basketball tournament.

With a new head coach in Jason Kidd, the Mavericks will look to take a leap in the fourth year of the Doncic era. Based oon what we’ve seen in recent years, they’re in for a treat.

From 41st-overall pick to MVP.

If there’s anything we should take from Jokic’s path to superstardom, it is that you can’t put a limit on his greatness.

The MVP earned his hardware with averages of 26.4 points, 10.8 rebounds and 8.3 assists for a Nuggets team that made it to the Western Conference Semifinals despite missing their second best player in Murray. Don’t rule out an MVP encore from the big man, as Denver will lean on him heavily until Murray returns to the lineup

Entering Year 13 of his career, Curry is as good as ever.

Not only did the greatest shooter of all time win his second scoring title by averaging a career-high 32.0 points per game last season, but he also earned a third-place finish in MVP voting by nearly willing Golden State to the playoffs.

This season, Golden State has reloaded with talent by adding through the draft and free agency, but the most anticipated movement will be Thompson’s return to the lineup, which should only make life easier for Curry. Things easier for Curry? Sounds like trouble for the league.

Don’t let the #WashedKing talk fool you, LeBron is still a top three talent in this league.

I’d argue that the gap between third and first isn’t that far, as James was an MVP frontrunner during the 2020-21 season before a high ankle sprain derailed his and the Lakers’ season. Despite the fact that he still appeared hobbled during the postseason, James led LA past Golden State in the Play-In Tournament before bowing out in the opening round to the Phoenix Suns, marking the first time he’d ever been eliminated in the first round in his career.

If we’ve learned anything about James, it’s that those memories are still fresh on his mind, and with a new supporting cast in 2021-22, expect him to gun for the No. 1 spot.

There’s really no wrong answer at this point.

Durant came oh-so-close to willing the banged-up Nets past the eventual champion Milwaukee Bucks, putting forth virtuoso performances like his 49-point, 17-rebound, 10-assist masterpiece in Game 5 of the Eastern Conference Semifinals and his 48-point explosion in Game 7 just a few nights later.

His achievements are even more awe-inducing when you take into consideration the fact he missed the entirety of the 2019-20 season and a large chunk of the 2020-21 season. Riding the momentum of a historic postseason and a dominant showing at the Tokyo Olympics, it’s clear that Durant’s focus is now shifting to winning his third NBA title.

Giannis edged out Durant in a manner similar to how his Bucks edged out the Nets in the Eastern Conference Semifinals this past season. From there, The Greek Freak delivered a postseason performance that will be talked about for years to come as one of the toughest and most dominant showings in the history of the game.

MORE: Giannis on the verge of top-10 all-time status

The views on this page do not necessarily reflect the views of the NBA or its clubs.