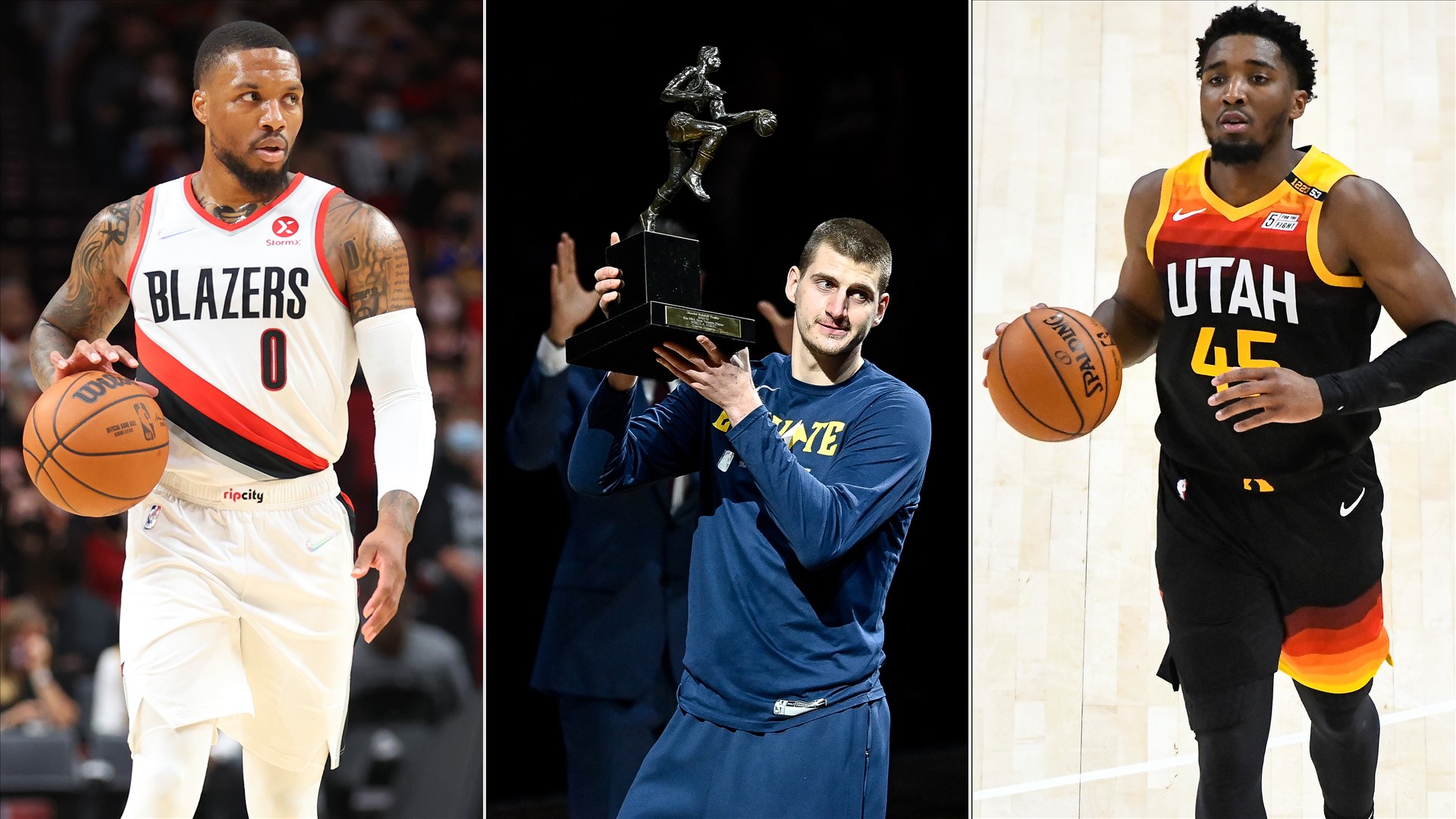 The 2021-22 NBA regular season is set to tip off on Oct. 19 and in the weeks leading up to Opening Night, we’re previewing each division in the NBA.

Here, you can find projected win totals, predictions on the best player and best rookie, under the radar storylines to follow and a bold prediction among the five teams.

After finishing with the league’s best record in the 2020-21 season, the Utah Jazz are again projected to finish atop the Northwest Division. Utah is essentially running things back from last season, but has made some nice additions in free agents Rudy Gay and Hassan Whiteside, trade acquisition Eric Paschall and rookie Jared Butler.

After Utah, the Denver Nuggets and Portland Trail Blazers are slated to come in second and third, respectively, while the rebuilding Minnesota Timberwolves and Oklahoma City Thunder make for the division’s lowest two projected teams.

Damian Lillard might have something to say about this but coming off the 2021-22 season, this isn’t even much of a discussion. Jokic might have been eliminated in the Conference Semifinals of the 2021 playoffs, which was largely a result of the absence of the injured Jamal Murray, but the Serbian is coming off his best season individually.

Playing all 72 games in the regular season after a relatively short offseason after the Nuggets’ Conference Finals run in 2020, Jokic recorded career-highs of 26.4 points, 10.8 rebounds and 8.3 assists. His numbers and play ranked him in the league’s top tier of players – first in ESPN’s PER , win shares and  box plus-minus  as per Basketball Reference, and a close  second to Joel Embiid  on NBA.com’s Player Impact Estimate.

What Jokic achieved with the Nuggets last postseason in leading them past the Portland Trail Blazers in six games, is nothing short of masterful. Until running into eventual conference champion Phoenix Suns, Denver looked primed for a cinderella run led by Jokic.

At just 26, Jokic is coming off a substantial four-month break. If he can lead the deep Nuggets to a respectable regular season, the franchise could evolve into dark horse title contenders once they welcome Murray late into the 2021-22 season.

No surprises here as well. Giddey, the highest pick of the 2021 Draft from this division is the best rookie among the five teams.

Picked sixth overall by the Thunder, the Aussie is the first NBA Academy graduate to be picked in the NBA Draft and is coming off a season in the NBL, where he was named Rookie of the Year for averages of 10.9 points, 7.3 rebounds and a league-leading 7.6 assists in 28 games.

In Oklahoma City, Giddey will be slotted alongside other young exciting talents like Shai-Gilgeous Alexander, Luguentz Dort, Darius Bazley and Aleksej Pokusevski. It might not position him well to make the best case for the 2021-22 Rookie of the Year honours but given his playmaking skills, physique and height, he will be an invaluable young prospect to the franchise’s rebuild.

Given their shocking elimination in the first round of the 2021 playoffs at the hands of the shorthanded Denver Nuggets, it shouldn’t come as a surprise that not many are taking the Portland Trail Blazers as a team that could make a deep postseason run, despite the fact that they have brought back most of their rotation from last season.

Admittedly, that continuity is part of the skepticism; offence was never their issue, as it ranked second in the league last season, but their defence needs some real work and unless that improves, it’s hard to consider Portland as a legitimate playoff team.

How will an entirely new coaching staff led by rookie head coach Chauncey Billups factor into the franchise’s expectations for this season and the team’s play on the court? Can he install a system that works better for the team on defence? Will that bring down their offence?

With all the reports and noise of a possible Lillard trade request early in the 2021 offseason, the consensus seems to be that this season is last-ditch effort at the partnership, but what if things begin falling into place? What if the Trail Blazers emerge as a top team in the West with home-court advantage in the 2022 playoffs?

Since the 2004-05 season, the Minnesota Timberwolves have finished higher than the 12th seed in the West just four times, including their most recent playoff appearance in 2018.

Instability and dysfunction can take a majority of the credit for these results, or lack thereof. And while the franchise’s recent removal of Gerssan Rosas seems to follow the trend, I believe it’s a small bump in the road.

Under new Indian-American interim President of Basketball Operations Sachin Gupta, who is well-liked among his staff and has a previous relationship with head coach Chris Finch, the franchise should start working its way out of the basement of the Western Conference. On the court, the team has three young stars in Karl-Anthony Towns, who would be more mentally tuned-in this season, Anthony Edwards and D’Angelo Russell, who will help raise the team’s ceiling.

So, who will they replace from last season’s top 10 teams? If everything breaks right, it could be a straight swap with the rebuilding San Antonio Spurs.