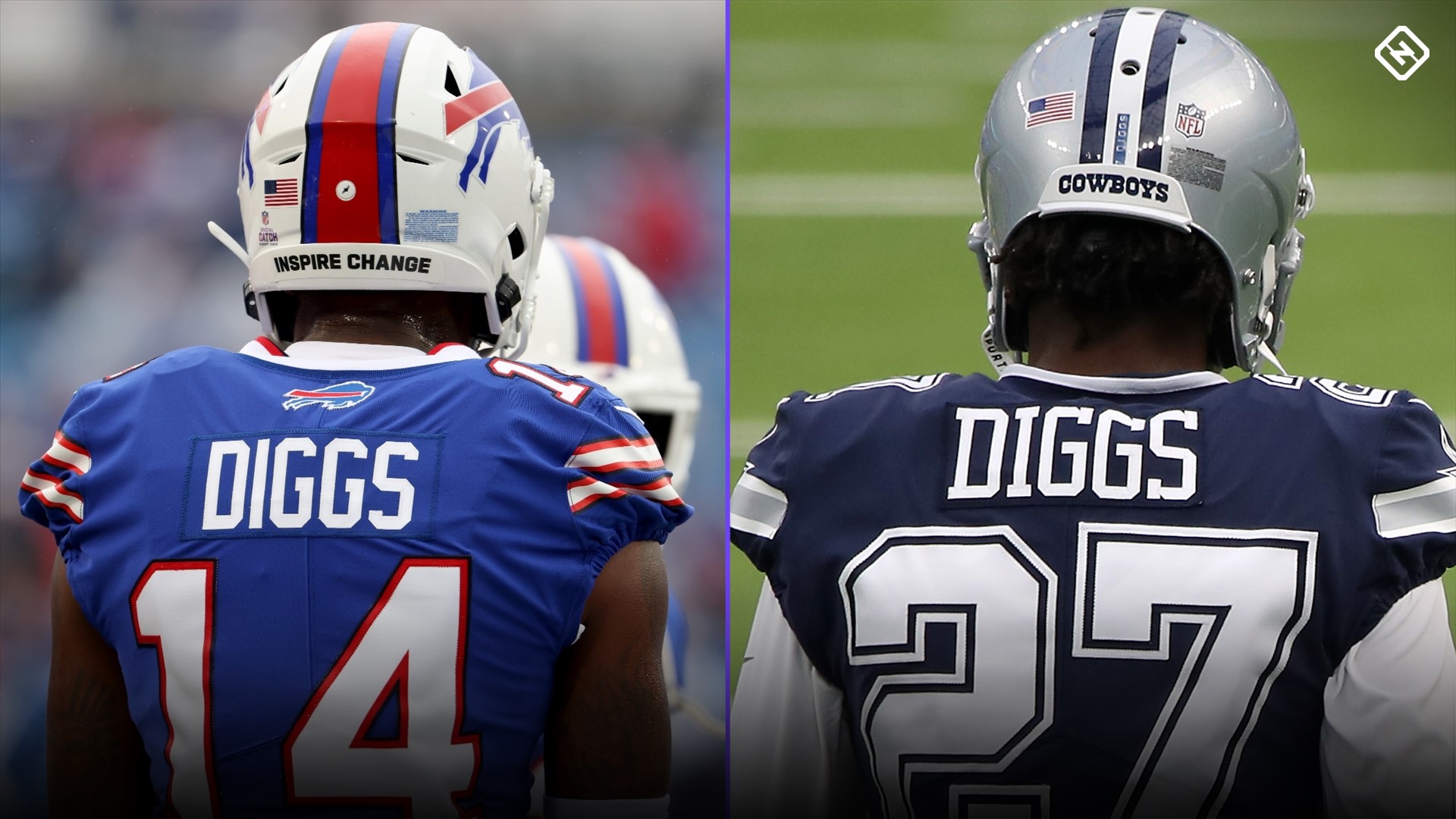 Bills wide receiver Stefon Diggs isn’t the only football player in his family making headlines this season. His younger brother, Cowboys cornerback Trevon Diggs, leads the league with five interceptions so far in 2021.

Although Stefon is only four years older, Trevon has referred to his older brother as a father figure for him. When Stefon was 14 and Trevon was 10, their father, Aron, tragically died at 39 years old because of congestive heart failure. As a freshman in high school, Stefon stepped up as the oldest sibling of four kids.

“[Stefon] is like my dad, honestly,” Trevon said, via ESPN. “He was there for me when my father passed, so he has always taken care of me. I always ask him everything, no matter what. Two o’clock in the morning, I’m asking him questions.”

There are three Diggs brothers — Stefon, Trevon and Mar’Sean — and one sister Porche Green. They call their mother Stephanie their “superwoman.”

Stefon and Trevon have yet to compete against each other in the big leagues. Since this is only Trevon’s second season in the NFL, the Cowboys have not played the Bills since 2019. There is no scheduled game between the two teams for this season either.

How many Diggs brothers are there?

While Stefon is the only offensive football player in the family, he is also the oldest of the four siblings. He is currently 27 years old with a birthday coming up in November.

Following his three seasons at Maryland, Stefon’s was a fifth round draft pick for the Vikings in 2015. In his 2018 and 2019 seasons with the Vikings, Stefon had a total of over 1,000 receiving yards.

2021 marks Stefon’s second season with the Bills after being traded before the 2020 season. In 2020, Stefon completed his best season yet with 1,535 receiving yards and eight touchdowns.

With that reception, Stefon Diggs now has 152 catches since joining the Bills.

That establishes a new NFL record for catches by a player in their first 20 games with a team. pic.twitter.com/6Mizr7iB1A

As of Oct. 2, Stefon went 172 targets without a drop. He also holds the record for most catches by a player in their first 20 games with a team.

MORE: Travis and Jason Kelce have case as best NFL brothers thanks to Super Bowl rings

The second Diggs brother, Darez who goes by Mar’Sean, is 25-years-old and only one year younger than Stefon. He entered college in 2013 first playing for Morgan State University as a defensive end. However, in 2018, he shifted gears and went to the University of Alabama-Birmingham to play safety.

Following his 2018 college season, Mar’Sean entered the NFL Draft. He wasn’t drafted then, but the Vikings later signed him. He attended their rookie camp but did not continue with the Vikings.

Mar’Sean joined the Los Angeles Wildcats XFL team in 2020 as a safety. But, after five weeks of competition, the XFL ended. Mar’Sean is currently not playing football.

MORE: Get to know the Gronkowski family

The youngest brother, Trevon (24), joined the Alabama football team in 2016 as a cornerback. Trevon’s was picked by the Cowboys 51 overall in the second round of the 2020 draft.

In his NFL first season, Trevon completed one sack and three interceptions. This season, he leads the league with five interceptions and has even scored a touchdown. In Week 4, Trevon was named the NFC Defensive Player of the Week.

Following Trevon’s touchdown in the Cowboys’ Week 3 win over the Eagles, Stefon was asked about how, at the time, the brothers both had one touchdown this season.

Stefon Diggs has 1 TD this season.

“Give me a couple games. I’ll run you down quick.”

Fun to hear the #Bills WR talk about his younger brother and #Cowboys CB.

“I”m super excited for him.” pic.twitter.com/dpk2tEjcyB

MORE: Are Jim and John Harbaugh twins? Get to know football’s most famous coaching brothers

When Trevon was asked about Stefon this week, he admitted that the brothers talk every day.

“Nah, we talk every day,” Trevon said, via the Dallas Morning News. “Always about football. Something. There’s always something. After the game I always talk to him, talk to him how the game was, what he saw. Things like that.”

Seahawks safety Quandre Diggs is of no relation to Stefon and Trevon Diggs. He is, however, the younger half-brother of former Chargers star Quentin Jammer.