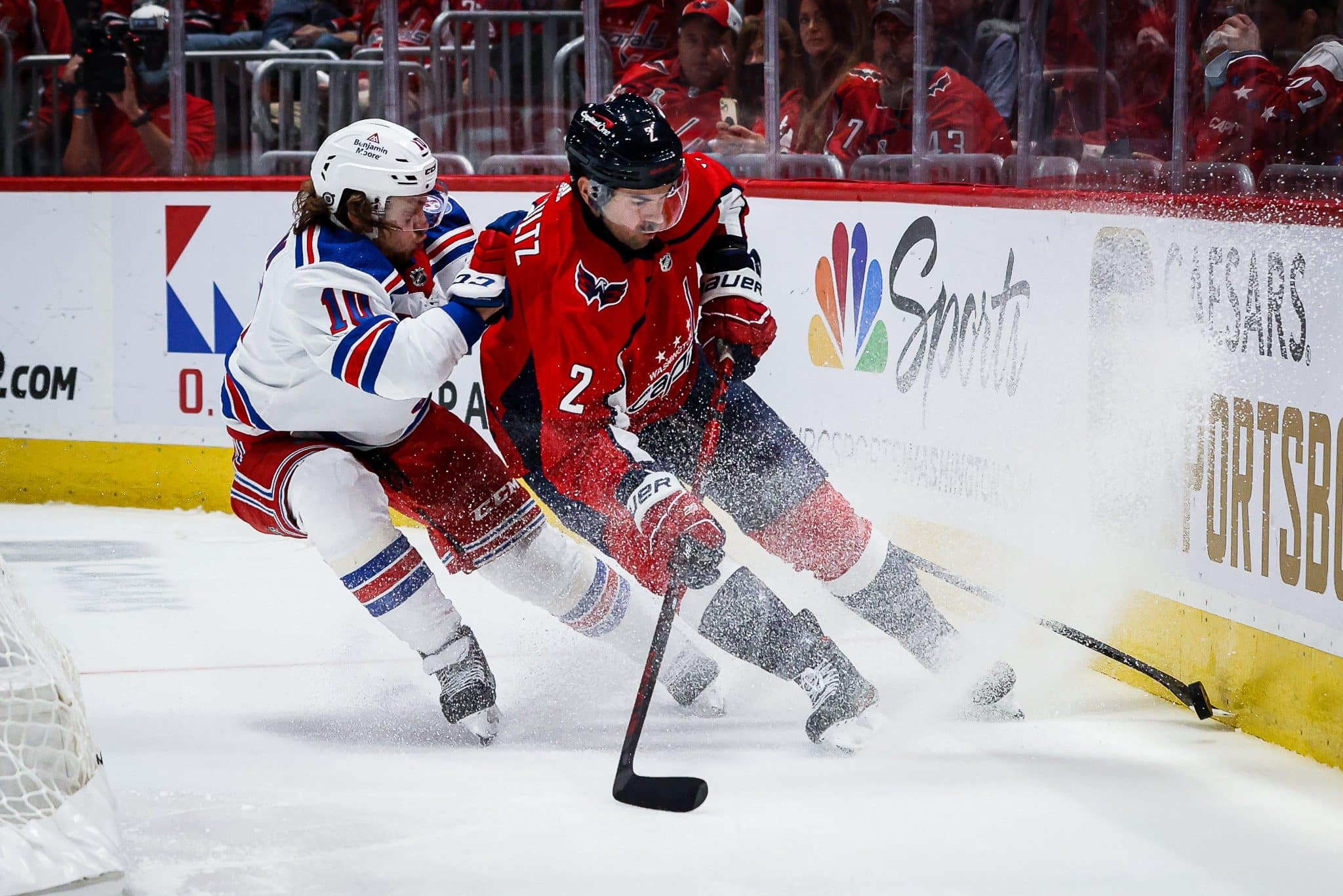 The Rangers drop their season opener in ugly fashion.

The New York Rangers opened the 2021 season on the road at the Washington Capitals on Wednesday. Fans were excited to see their improved team take the ice but, of course, more classic Rangers drama came just one day before their first game.

Young RW Vitaly Kravtsov refused an assignment to the AHL, will be suspended, and has been given permission to speak to other teams in pursuit of a trade.

The question heading into Wednesday’s game would be if the Rangers could put this drama aside and play a strong game for their first win of the season.

The answer was no.

1st period: Down one, but they look so much better

The Rangers came out of this period down a goal, but they were the dominant team and outshot the Capitals. They played very well in the first and looked better than they had in quite some time.

They played high-energy hockey and looked organized in almost every regard.

The Rangers started the second period in a similar fashion to the first, but weren’t able to maintain their pressure and began to fall apart halfway through. They didn’t get anything done offensively and began to concede goals.

Their inability to defend Alex Ovechkin was glaring.

The Rangers put out some questionable lines in hopes that they can make a statement with their new physicality and toughness. Not only did they not fight Tom Wilson or any other Capital, these lines cost them.

Chris Kreider did what he does best by tipping the puck in on the power play for the team’s only goal of the game, and that was it.

The vast majority of the team played poorly and the fact that the lineup should look different in tomorrow’s home-opener is refreshing.

There isn’t much to praise about the Rangers in this one, but their key moment was Kreider’s goal. He picked up where he left off here.

. Of course, he scored it by tipping the puck in, something that’s become easy for the best net-front presence in the game.

It’s a good thing that this goal came late in the game: it should be something the team builds on in their home-opener against the Dallas Stars.

Player of the game: Adam Fox

Speaking of players picking up where they left off. The reigning Norris Trophy-winner was the team’s best player.

The quarterback of the Rangers’ power play, Fox recorded an assist on the team’s only goal of the game and did a great job defensively on a night where the team conceded five. Expect to see Fox’s name here many times this season.