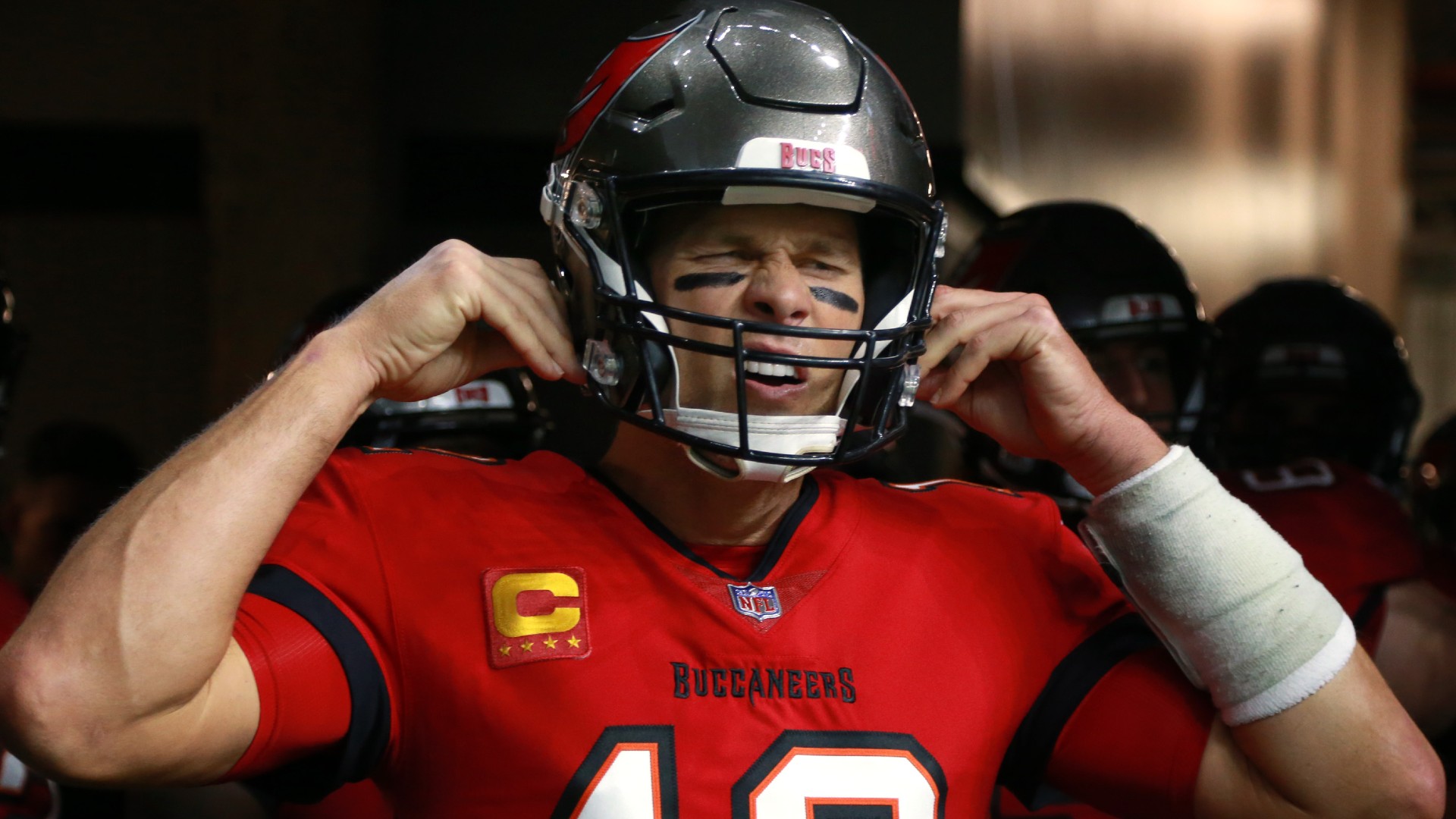 Current NFL stars better be wary before they agree to become a guest of Peyton and Eli Manning on their alternative “Monday Night Football” broadcast on ESPN2 for the rest of 2021.

There have been four “MNFs” with the Mannings so far with six left to go this season. Every active player who has appeared to talk football and other things with them has had bad luck with a loss in the upcoming week. Some have had it worse, also falling victims to injuries.

Tom Brady probably won’t be joining his famous fraternal friends anytime soon on the air again, saving his quality Manning time for the golf course. Brady stopped by to chat with Peyton and Elli for the Manningcast’s much-anticipated return in Week 7, for the Monday night game between the Saints and Seahawks.

MORE: Full schedule for the Manningcast in 2021

Brady did throw or 375 yards and 4 touchdowns in Sunday’s Week 8 game at New Orleans. But he also threw two interceptions (one a pick six) and lost a fumble in the Mannings’ hometown, leading to a 36-27 Buccaneers loss to the Saints.

Had Brady been payting attention, he would have passed on the Mannings’ invite and avoided his worst passing day of an otherwise stellar MVP-caliber season. He just might have forgotten about what happened to other NFL offensive studs who did ‘MNF during the first three Manningcasts:

The Seahawks quarterback was right there with the Mannings to break down the wacky end of the Ravens-Raiders overtime thriller. In his next game, Wilson did throw for 343 yards and 2 TDs against the Titans in Week 2, but his team lost a wacky-ending overtime thriller at home, 33-30. Tennessee matched the Las Vegas Week 1 winning point total to boot.

Three weeks later, Wilson hurt the middle finger of his right (throwing) hand and it’s led to him missing the first three games of his long NFL career. You can’t blame “DangeRuss” for not knowing the Mannings were so dangerous, given he was one of two initial unsuspecting victims.

Before there was Wilson, there was the Chiefs’ tight end talking about contemporaries Darren Waller and Mark Andrews with the Mannings. Kelce did catch 7 passes for 109 yards and a TD following that up in Week 2, but his Chiefs lost a wacky-ending regulation thriller to the rebounding Ravens, 36-35. Kelce is now playing through a neck injury and his team has continued to struggle going into its “MNF” appearance in Week 8. That also could be tied to Patrick Mahomes being one half of the Madden NFL 22 cover … with Brady.

The Buccaneers unknowingly let the Manning curse strike twice. Let’s hope Gronk had his fun with Peyton and Eli talking Lions-Packers, because it also came at a cost.

Brady’s favorite tight end and good buddy was limited to 4 catches for 55 yards on 8 targets in Week 3. His team also got ripped by the Rams, 34-24. That had been the reigning Super Bowl 55 champs’ only loss of the season until Brady’s own post-Manningcast week.

MORE: Ranking the guests we’d like to see on ESPN’s ‘Manningcast’

Stafford had a huge game quarterbacking the Rams opposite Brady and Gronkowski in Week 3, with 343 yards passing and 4 TDs. But he made a mistake appearing with the Mannings to celebrate one night later. Stafford’s broadcast stint was rather forgettable during the Eagles-Cowboys game. So was his performance against the Cardinals in Week 4

In his arguable worst outing of a career-best season, Stafford threw for 280 yards and 2 TDs with an interception, averaging 6.8 yards per attempt. Los Angeles lost badly to Arizona, 37-20, for its only defeat of the season.

Brady may have provided conclusive visual evidence that the curse is reality, given he and his Buccaneers got spooked on the vexiest night of them all, Halloween.

When the Chiefs host the Giants, who will become the next player set up to be cursed? Stay tuned and be very afraid should a star on your favorite NFL team make the latest Manningcast guest list.