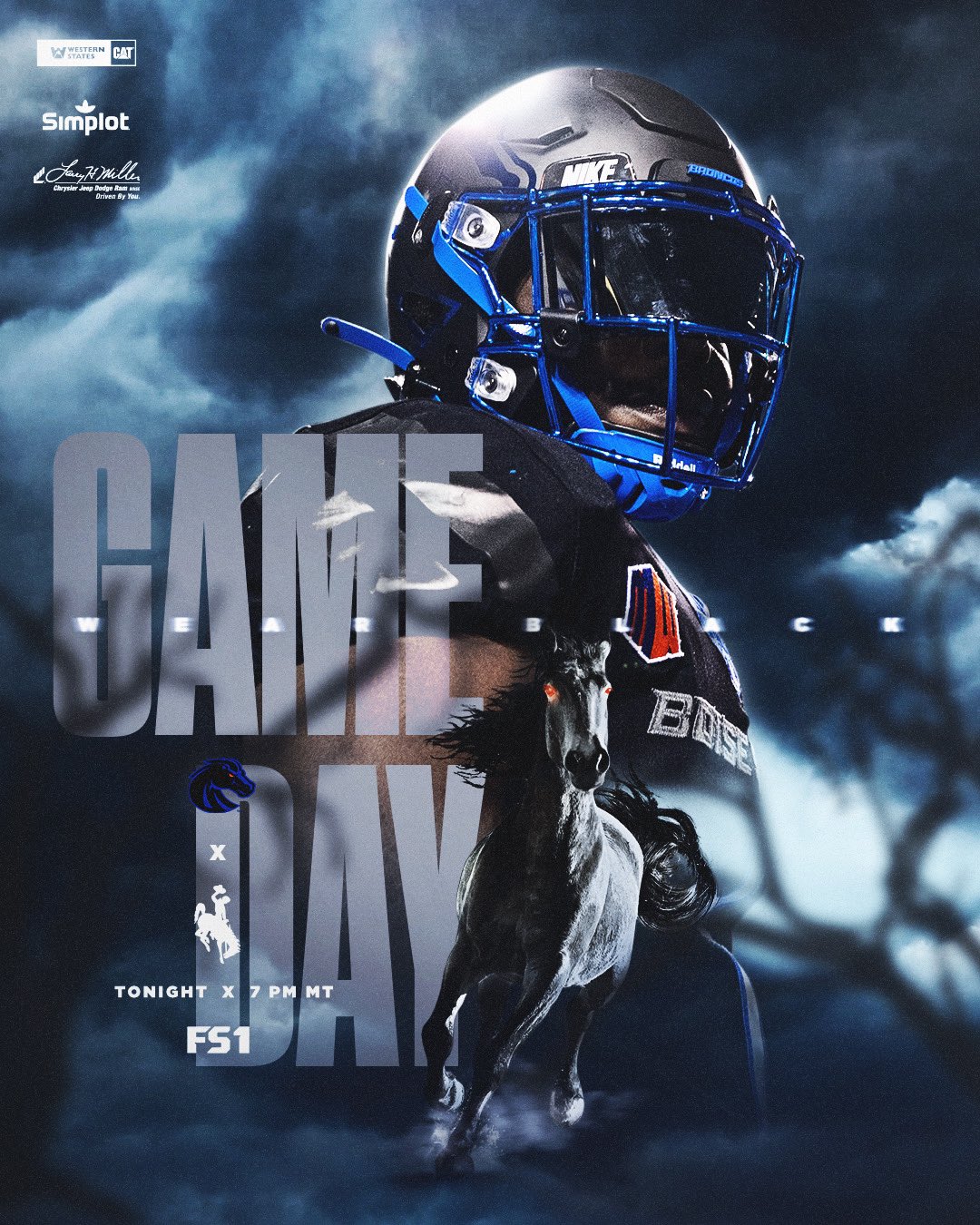 Our Free CFB Pick on Thursday won as Pitt got the lucky cover over UNC in overtime! Sometimes it’s better to be lucky than good! That brings our CFB record to 4-3.

We’re kicking off the weekend by recommending a play on the Boise State Broncos -14. Here are a few reasons why we like Boise tonight!

Sure, this game has been a tight battle the past couple of seasons as Boise won by 8 last year and by 3 in 2019. However, from a power rating standpoint, we think there’s plenty of value in the Broncos at -14. Our numbers say this line should be Boise State -18.5.

Wyoming had a nice win over Colorado State last week but they had dropped 4 straight games before that. The Cowboys’ strength of schedule is ranked 115th in the country. To be blunt, they haven’t really played anybody and Boise is a huge step up in class for them. Josh Allen ain’t walking through that door!

Boise State isn’t as dominant as they used to be, but they’re still a tough football team. The Broncos have beaten two Top 25 teams already this season in #10 BYU and #23 Fresno State (last weekend). Boise’s strength of schedule is 49th.

Boise State has a distinct advantage inside the 20s in this game. The Broncos are one of the best offenses in the country in red-zone scoring, as they have scored on 93.02% of their opportunities inside the 20-yard line. Wyoming’s red zone defense is ranked 79th.

As far as the other side, the Broncos have a huge edge there as well. Wyoming’s red zone offense ranks 63rd in the nation while Boise’s red zone defense ranks 24th. Wyoming may have the better overall defense, but Boise knows how to rachet up the intensity when things get tight.

Boise has the far superior QB in this game. Hank Bachmeier is having a fine season and has thrown for 2,486 yards and 16 TDs while only throwing 5 INTs. Wyoming has struggled at the QB position all year long, even though freshman Levi Williams looked pretty decent last week against Colorado State.

We think Bachmeier has a huge game tonight and leads Boise State to an easy win and cover! Best of luck with all your Friday action!