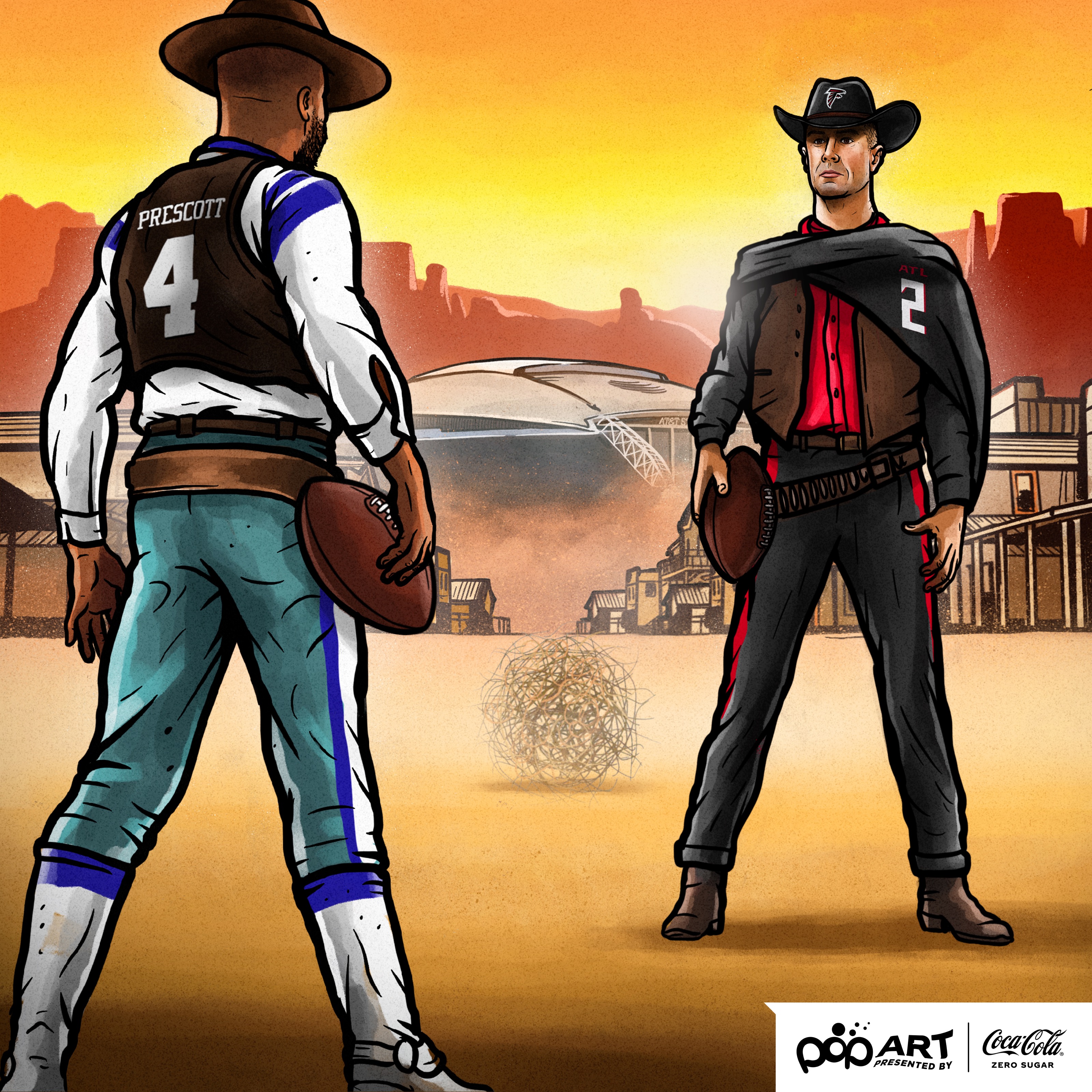 Happy Sunday fellow sports investors! Many folks left the Falcons for dead after their bad 1-3 start to the season. However, Matty Ice has been playing better of late and this looks like a totally different Atlanta team. They’ve won 3 out of their last 4 and pulled off a nice upset over the Saints last weekend.

Dallas was awful last weekend against Denver. The ‘Boys were embarrassed at home by a very average Broncos team. Though we expect Dallas to come out with a more focused effort, there’s no way they should be laying more than a touchdown in this spot. Here are a few other reasons why we are rolling with the Dirty Birds today!

Dallas has the edge in several statistical categories, and their defense is much better than last year’s squad. However, they still struggle once their opponents get inside the 20. Dallas’s defense gives up TDs 68% of the time inside the red zone, which ranks 25th in the league. The Falcons’ offense ranks 12th in red-zone TD percentage.

Like we said before, the Cowboys’ defense has improved quite a bit, but they still struggle against the pass. Matt Ryan should be able to find his big tight end Kyle Pitts over the middle for some deep passing plays. Pitts is an absolute freak that is a matchup nightmare!

Greg Zuerlein still has a big leg, but he’s been a bit inconsistent this season. He’s missed 4 field goals and 2 extra points. That could loom large in a game where the Cowboys are a heavy favorite.

Younghoe Koo has only missed 1 field goal this year and he’s made 100% of his extra points. The Falcons have a definite edge at kicker and that could help us get the cover!

We see the Cowboys winning this game, but the Falcons should get the money! Atlanta covered the spread in 11 of their last 16 road games. Take the points! Best of luck!