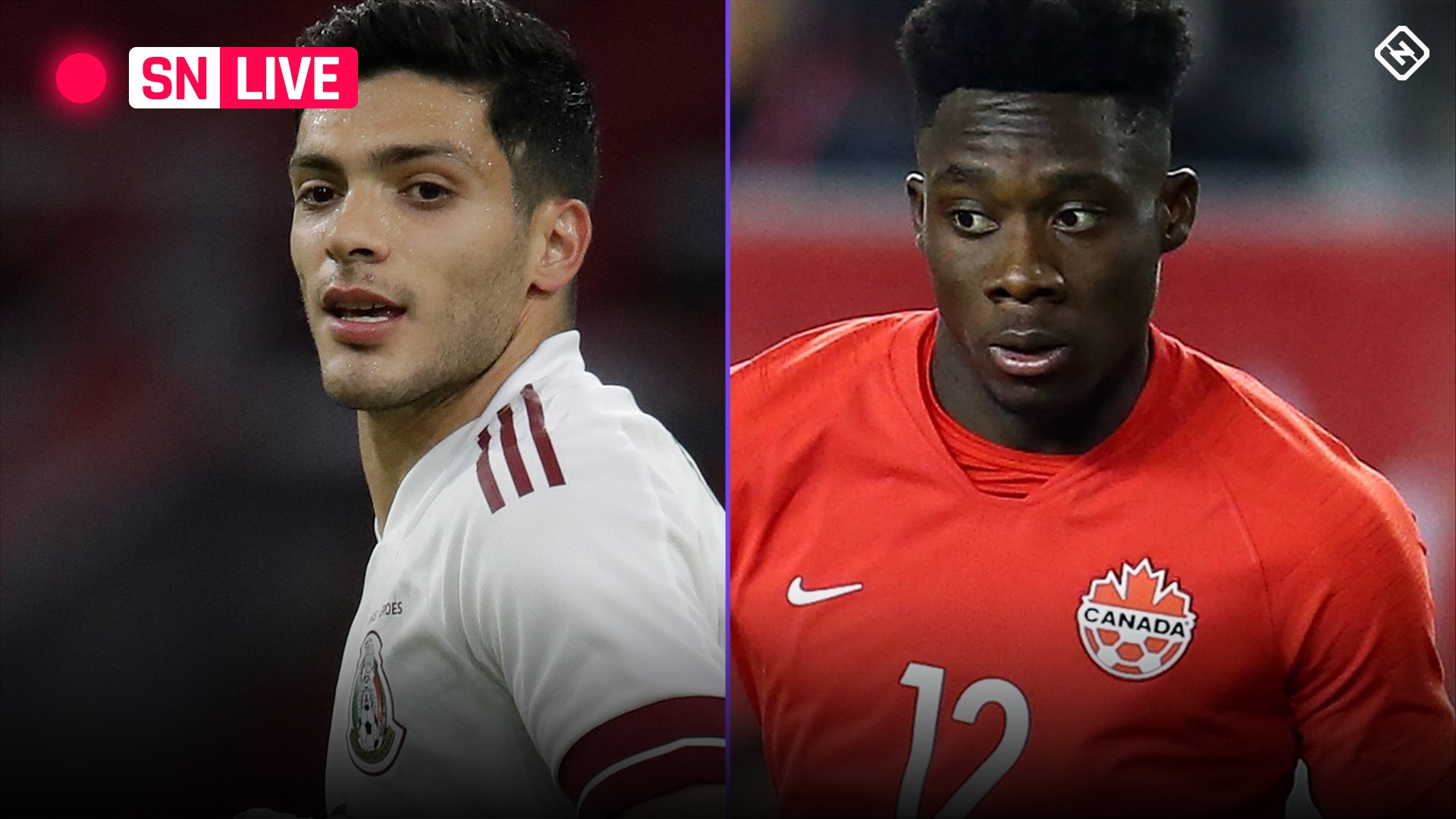 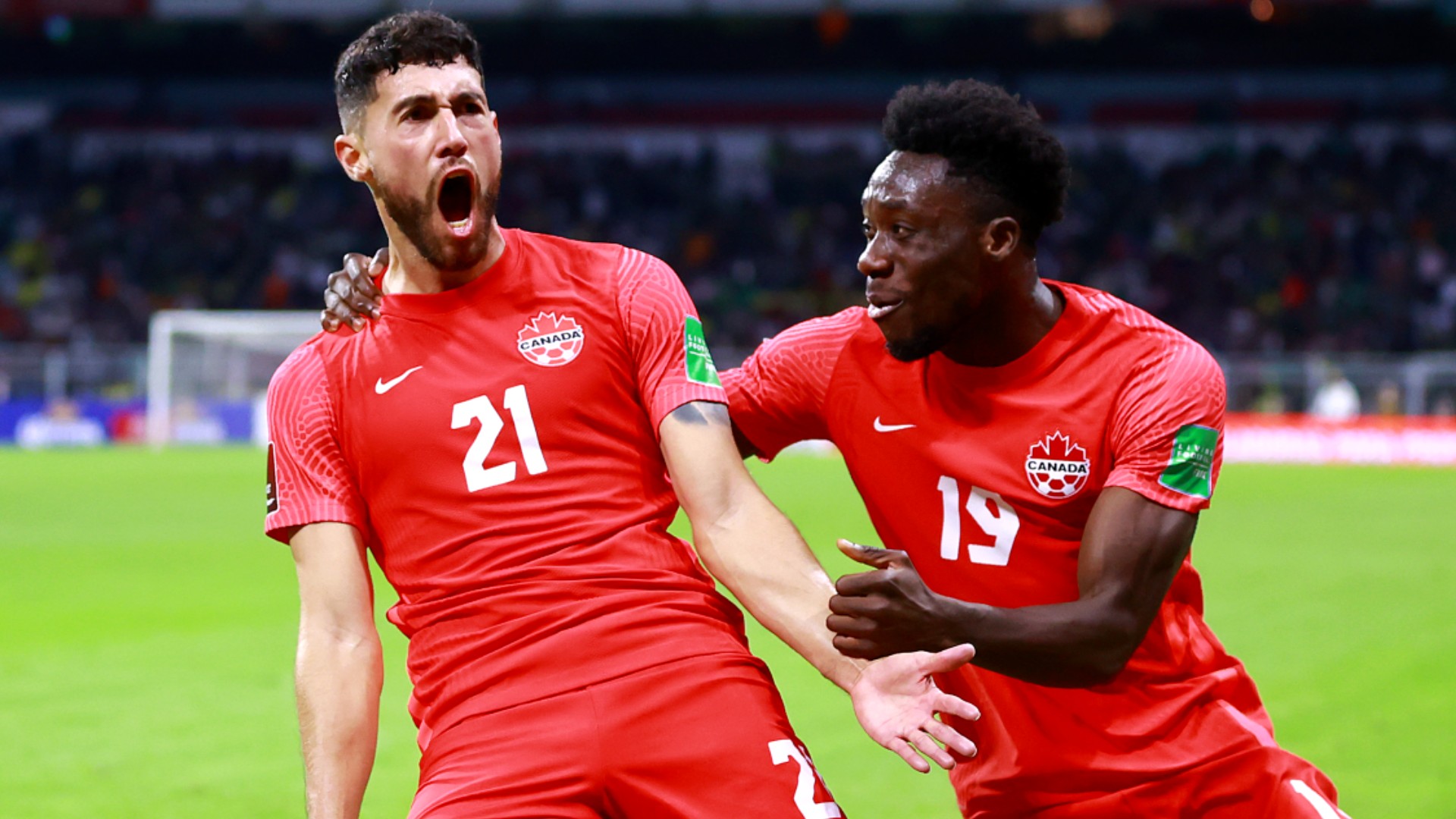 The Canadian men’s national team is at the top of the CONCACAF World Cup qualifying standings with just six matches left. That’s a scenario that felt unthinkable just a few months ago, but it’s now a reality after a convincing 2-1 victory over regional power Mexico on a magical night for Canadian soccer in front of more than 50,000 fans in frigid Edmonton.

With temperatures dipping into the single digits, Cyle Larin scored a goal in each half and the Canadians kept Mexico at bay for a match they thoroughly deserved to win. The first goal came just before halftime after Larin pounced on a loose ball, and the second came on a set piece early in the second half. A stoppage-time strike from Mexico’s Hector Herrera set up a frantic finish, which included a Canadian goal-line clearance, but Canada held on.

MORE: Which teams have qualified for the FIFA World Cup in Qatar?

96th min.: A Sebastian Cordova shot bounces right into the welcoming hands of Canada goalkeeper Milan Borjan. That was the final attempt of the match.

93rd min.: Goal line clearance! Mexico thought it scored a second goal, but Milan Borjan got across to push the ball away just before it crossed the line.

91st min.: Goal Mexico! Tecatito Corona with the cross and Hector Herrera with the header on the run and Mexico have reduced the deficit.

87th min.: SUB – Jonathan Osorio on for Alphonso Davies to help close out the game.

74th min.: SUB – Surprise move by Mexico to remove Edson Alvarez and bring on Andres Guardado for the final 15 minutes.

Cyle Larin has 22 goals for Canada, tying Duane DeRosario for the all time.

66th min.: Another mirror play to the previous one. Cross into Piojo Alvarado and it’s a flick touch that amounts to nothing.

63rd min.: Penalty shout for Canada! Richie Laryea goes down on the challenge from Jorge Sanchez and it looked like a penalty, but the referee wasn’t interested.

52nd min.: Goal Canada! Cyle Larin is wide open on a set piece into the box by Stephen Eustaquio. He just touches it past Memo Ochoa. It’s 2-0 Canada!

50th min.: What a chance for Canada! It was Tajon Buchanan and Alphonso Davies on a 2-on-1 break, but Buchanan misplaced his pass to Davies and the chance goes to waste.

46th min.: Second half is underway with two changes for Mexico, and they’re aggressive: Piojo Alvarado and Tecatito Corona on for Chucky Lozano and Cata Dominguez. So a defender comes off as Mexico chases the result.

46th min.: Goal Canada! Just before the halftime it’s Cyle Larin who scores. Alistair Johnston wins the ball, fires on goal and Larin is there to clean up the rebound.

43rd min.: While Alphonso Davies has been quiet, Tajon Buchanan has another go at goal, but it’s off target.

37th min.: Canada’s Tajon Buchanan finally gets a chance to run at the defense and his shot is blocked by Cata Dominguez for a corner.

36th min.: Mexico’s five-man back line is proving helpful at containing the wide runs that make the Canadian so dangerous.

24th min.: Alistair Johnston finds Cyle Larin in the box and the forward gets a low shot off, but it’s an easy stop for goalkeeper Memo Ochoa. Canada growing into this game.

23rd min.: Canada float a ball into the Mexico box looking to take advantage of a lucky bounce on the frozen astroturf.

14th min.: Chucky Lozano gets a yellow himself for a reckless tackle on Stephen Eustaquio. That’s a yellow already for each side and Lozano will miss the next Mexico match.

5th min.: Measured start to this one by both teams. No one wants to make the early mistake. Mexico wants to go vertical quickly.

1st min.: What a midair collision between Doneil Henry, who clatters into Hirving “Chucky” Lozano.

8:49 p.m.: In case you hadn’t heard, this match is going down as the “Iceteca,” which is pretty creative:

How to watch Canada vs. Mexico in USA

The Canada vs. Mexico World Cup qualifier from Edmonton’s Commonwealth Stadium will be broadcast on Telemundo (Spanish) and streamed on fuboTV , which is available to new users on a free 7-day trial .