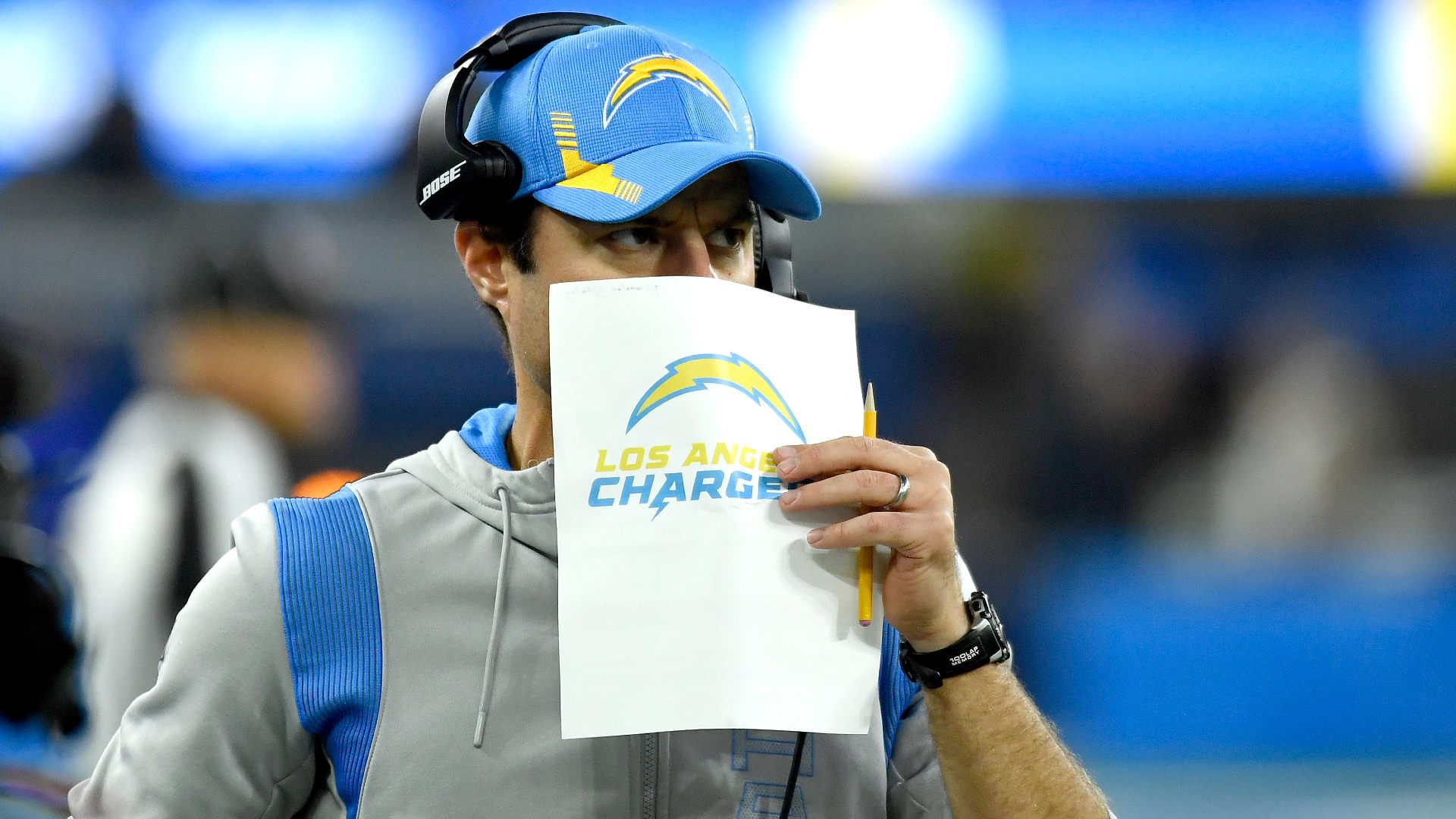 The Chargers went all-in with an aggressive approach Thursday night against the Chiefs. Coach Brandon Staley was of the mind that he needed to outscore one of the NFL’s top offensive teams to win, so he bypassed his kicking game.

The results? Mixed, at best. And after Los Angeles (8-6) lost 34-28 in overtime, Staley’s hard-charging ways were scrutinized.

He went for it on fourth down five times in the first three quarters, with the offense converting two times. Twice, it failed to convert near the goal line, including on the game’s opening drive and at the end of the first half.

Staley, in fact, has been one of the NFL’s most aggressive coaches on fourh down this season. The five attempts Thursday moved LA into third in the NFL with 26. It has hit on 15 for a 57.6 percent success rate, 12th-best in the league. In Week 3 at Kansas City, the Chargers converted on fourth-and-4 from the Chiefs’ 28 early in the fourth quarter and went on to take the lead. They went for it again from the KC 35 in a tie game in the final minute and drew a pass interference penalty. They scored the eventual winning touchdown two plays later.

It’s impossible to say what would have happened Thursday had Staley called for field goal attempts by Dustin Hopkins once or twice, but the game math and, perhaps, the field position battle would have changed. And would the LA defense have played better complementary football? It clearly failed at it immediately after the first miss.

With that, a review of Staley’s five fourth-down calls and the aftermath of each one:

First quarter: Fourth-and-goal from the Chiefs’ 5

LA was into the Kansas City red zone within the first minute of the game, but the drive quickly stalled. Staley wanted six points instead of three to start the game, so he kept the offense on the field. Herbert’s pass to Donald Parham Jr. in the back of the end zone fell incomplete. Parham suffered a head injury when he landed hard on the turf and had to be carted off the field.

After play resumed, Kansas City responded with a 13-play, 95-yard touchdown drive to open the scoring. LA was down 7-0 after being in a prime position to take an early lead in a late-season division game.

Second quarter: Fourth-and-1 from the Chiefs’ 33

Staley eschewed a 51-yard field goal attempt or a punt in a 7-7 game. He called on Herbert to get the first down, and the quarterback delivered with a 2-yard run. Five plays later, the Chargers had the lead after a 4-yard TD pass from Herbert to wide receiver Jalen Guyton.

Second quarter: Fourth-and-goal from the Chiefs’ 1

This call might have been the most outlandish. Staley chose not to kick on the final play of the first half when he had a high probability of entering the locker room up seven. With the half at a close, the argument for pinning the Chiefs deep even in the event of a failed conversion is null.

Instead, Herbert threw incomplete to wide receiver Keenan Allen. LA went into the break ahead only 14-10.

Third quarter: Fourth-and-2 from the Chiefs’ 28

This time, LA passed up a 46-yard field goal attempt while leading 14-13. Again, there was a failed pass as Herbert and tight end Jared Cook were unable to connect.

“The first one’s a perfect pass and you have this really tragic thing happen on the way down (Parham’s injury). The one at the end of the half, I love that. And then we just missed Jared on the stick,” Staley said of the three misses.

Chiefs coach Andy Reid decided to copycat Staley on the ensuing drive. He went for it on fourth-and-1 from the Chargers’ 2 trying to take a touchdown lead. Mahomes bounced a pass toward a wide-open Mecole Hardman in the left flat and the game remained 14-13.

Fourth quarter: Fourth-and-1 from the Chiefs’ 11

Staley went for it again on the very next drive. This time, the Chargers got it as Joshua Kelley ran for 4 to the Chiefs’ 7. But three plays later, Kelley fumbled at the 1 and the Chiefs recovered. At that point, Staley had just seven points to show for his aggressiveness.

But he was confident he had the edge each time.

“It’s life in the NFL and decision-making like that. And I think from where my mindset is is that I know that the quickest way to win a game like that is to score touchdowns, not field goals, especially considering who’s on the other side,” he said. “And, to me, when you feel like you’re in an advantage situation, when you don’t feel like it’s a gamble, when you feel like this is an advantage for you, then that’s going to be our mindset. And I don’t think that any decision that we made tonight, I made tonight, was a gamble. We felt like it was an advantage situation for us and that’s why we did it. If we didn’t feel like that was the case, then we would have kicked a field goal or we would have punted.

“That’s the way we’re going to do things around here. I know that our team embraces that mindset and we’re going to continue to do it every game we play moving forward.”

And Staley was not trying to hide a bad kicker Thursday night. Hopkins came into the game 12 of 13 on field goal tries for Los Angeles with a long of 48.

After all those missed chances kept the game at 14-13, the teams combined for four touchdowns and 29 points in the fourth quarter. The Chiefs forced overtime with 1:16 to go on a Mahomes-to-Travis Kelce touchdown pass from 7 yards out and Harrison Butker’s PAT kick. Mahomes and Kelce hooked up again on the only drive of OT for a game-winning 34-yard touchdown catch-and-run.

That left Staley having to answer questions about turning down perceived easier points multiple times. He was clear in defending his choices.