Hello fellow degenerates! Hope everyone had a very Merry Christmas! Let’s get back to action with our Free NFL Pick for Sunday. 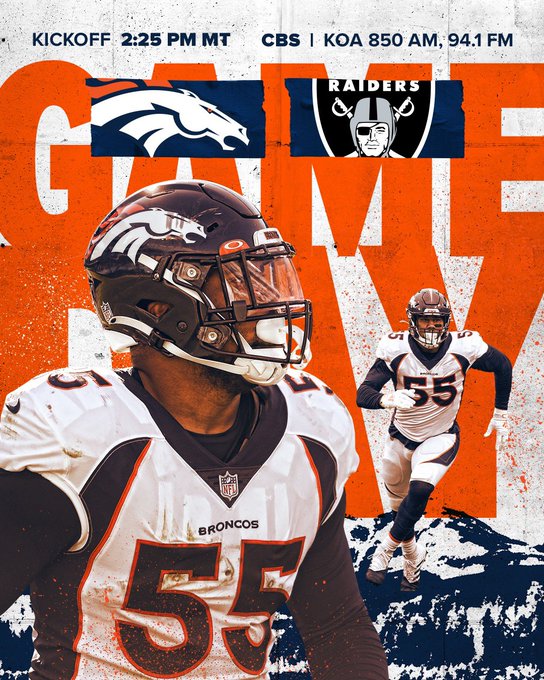 We get that this pick is ugly, but sometimes the ugliest picks are the right sides. Yes, we know that Teddy Bridgewater is still in concussion protocol and will miss this game. Drew Lock can be a liability at times but at least he has a decent amount of experience.

Las Vegas may have a little more talent than Denver but the Broncos are coming off a short week after having to play last Monday. The Broncos also have a much better running game than the Raiders. Javonte Williams and Melvin Gordon form a very nice 1-2 punch at RB.

Denver ranks 10th in the league in yards per rush while Las Vegas allows a whopping 122.7 rushing yards per game. We expect the Denver O-line to dominate the line of scrimmage and give both Williams and Gordon plenty of holes to run through.

We love the fact that Denver has the much better red zone defense in this game. The Raiders give up a TD on 78.38% of their opponents’ trips inside the 20, which ranks dead last in the league. The Broncos defense only allows a TD on 48.39% of their opponents’ red zone trips. Obviously, that’s a huge edge in favor of Denver.

Denver is also the much more disciplined football team. The Broncos rank 5th in penalty yards per game while the Raiders rank dead last. Denver also has the edge in turnover margin (14th to 27th).

We think the Broncos will run the ball quite a bit while Lock knocks some of the rust off. Once Lock gets a bit more comfortable, he’ll be able to hook up with Jerry Jeudy a few times on some deep play-action passes. The Broncos will take this one, in what may be an ugly, low-scoring game. Good luck with all your Week 16 action!

Tom Brady Officially Retires From The NFL, So Here Are 22 Unforgettable Moments From His Career

19 Football Moments From Thanksgiving Day That Will Live On Forever

I’m Obsessed With The 2022 US Women’s Olympic Snowboarding Team, So Here’s What They Look Like On Instagram