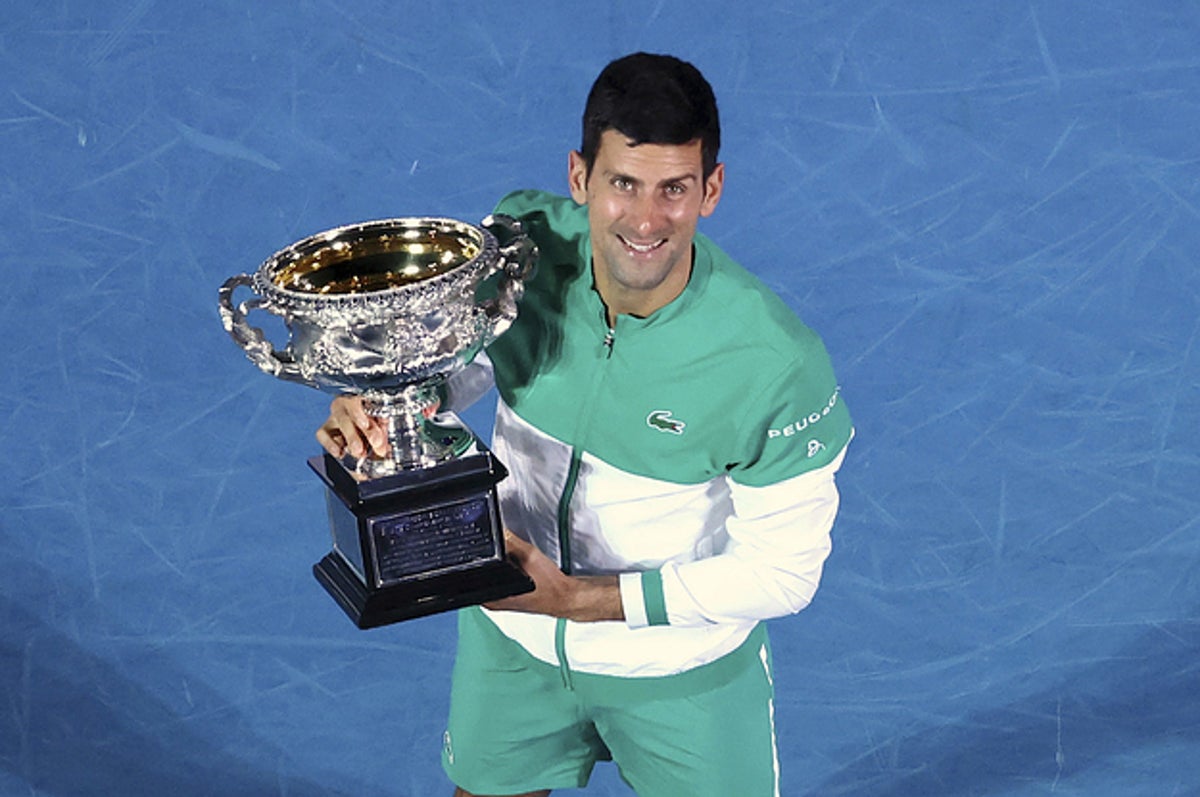 Australian authorities canceled the visa of the world’s No. 1 tennis player, Novak Djokovic, on Thursday after he failed to provide appropriate proof regarding his exemption from rules requiring foreigners to be vaccinated, officials said.

The decision was made after the Serbian player was questioned overnight at a Melbourne airport by federal officials amid widespread anger Down Under that he was granted a medical exemption from COVID vaccination to play at the Australian Open.

“The visa for Novak Djokovic has been canceled,” Federal Health Minister Greg Hunt said on the Australian breakfast news show Sunrise. “Obviously that follows a review of the exemption that was provided through the Victorian government process. They were looking at the integrity and the evidence behind it.”

“It’s a matter for him whether he wishes to appeal that, but if a visa is canceled somebody will have to leave the country,” he added.

A source told BuzzFeed News that Djokovic and his coaching team were still at the airport and planned to file a legal appeal, but they did not expect to be successful.

“They expect to be on the flight back home later in the day,” the source said.

The top ranked singles tennis player, who is seeking a record 21st Grand Slam title, was quizzed by border officials for several hours after he landed late Wednesday Australian time.

According to Reuters, his father told Serbian media that the player was made to wait alone in a room at the airport under ​​armed guard pending a final decision.

“Not the most usual trip Down Under,” Djokovic coach Goran Ivanisevic posted on Instagram from the airport around 5 a.m.

Djokovic’s beliefs and behavior have made headlines throughout the pandemic. In April 2020, he said he was opposed to vaccines and that he wouldn’t want to be required to receive a shot in order to travel. Just months later, he and his wife tested positive for COVID after he organized and played in exhibition matches that flouted social distancing recommendations. In October 2021, he said that questions about his vaccination status were “inappropriate.”

The tournament’s defending champion had surprised many Tuesday when he posted on social media that he had been granted an “exemption permission” to travel to Australia. But, as Melbourne’s Age newspaper first reported, it was not clear whether the tennis player had brought sufficient evidence to prove his exemption reason.

Under Australian law, foreigners traveling into the country must have a visa and be fully vaccinated. Tennis Australia and officials in Victoria, where Melbourne is located, made similar requirements for players who wanted to participate in the Open without first undertaking a mandatory 14-day quarantine.

But Australian immunization officials have outlined some temporary vaccine exemptions for its citizens, which include people who have had a PCR-confirmed case of COVID in the last six months. It is not clear if these apply to foreigners seeking to enter Australia, but tennis officials had pointed to these exemptions in their decision to allow Djokovic to participate.

That Djokovic was granted an exemption to play in Melbourne, which endured the longest lockdown in the world as Australia sought to keep COVID cases at zero prior to widespread vaccination, caused a massive outcry Down Under.

Tennis and Victorian officials stressed his application had gone through a “double blind” review process, but large sections of the Australian public and media railed against the decision.

“I don’t care how good a tennis player he is. If he’s refusing to get vaccinated, he shouldn’t be allowed in,” former Australian Medical Association Stephen Parnis wrote on Twitter.

Asked about the tennis player’s exemption at a press conference on Wednesday, Prime Minister Scott Morrison told reporters Djokovic would need to “provide acceptable proof” for his claim that he couldn’t be vaccinated for medical reasons.

“We await his presentation and what evidence he provides us to support that,” Morrison said. “If that evidence is insufficient, then he won’t be treated any different to anyone else, and he’ll be on the next plane home.

On Wednesday, Morrison’s government indicated that they would have a say on whether Djokovic would be allowed into the country.

“While the Victorian Government and Tennis Australia may permit a non-vaccinated player to compete in the Australian Open, it is the Commonwealth Government that will enforce our requirements at the Australian border,” Home Affairs Minister Karen Andrews said in a statement titled “Australia’s border rules apply to everyone.”

“No individual competing at the Australian Open will be afforded any special treatment,” Andrews said.

Hunt, the health minister, said the rules were tough but fair. “Australians have had to do it tough,” Hunt said, “and Australians in many different states and territories have had to show their vaccination records in some cases to enter premises and cafes and other things, and it’s not unreasonable to have exactly the same requirement for all who enter this country.”