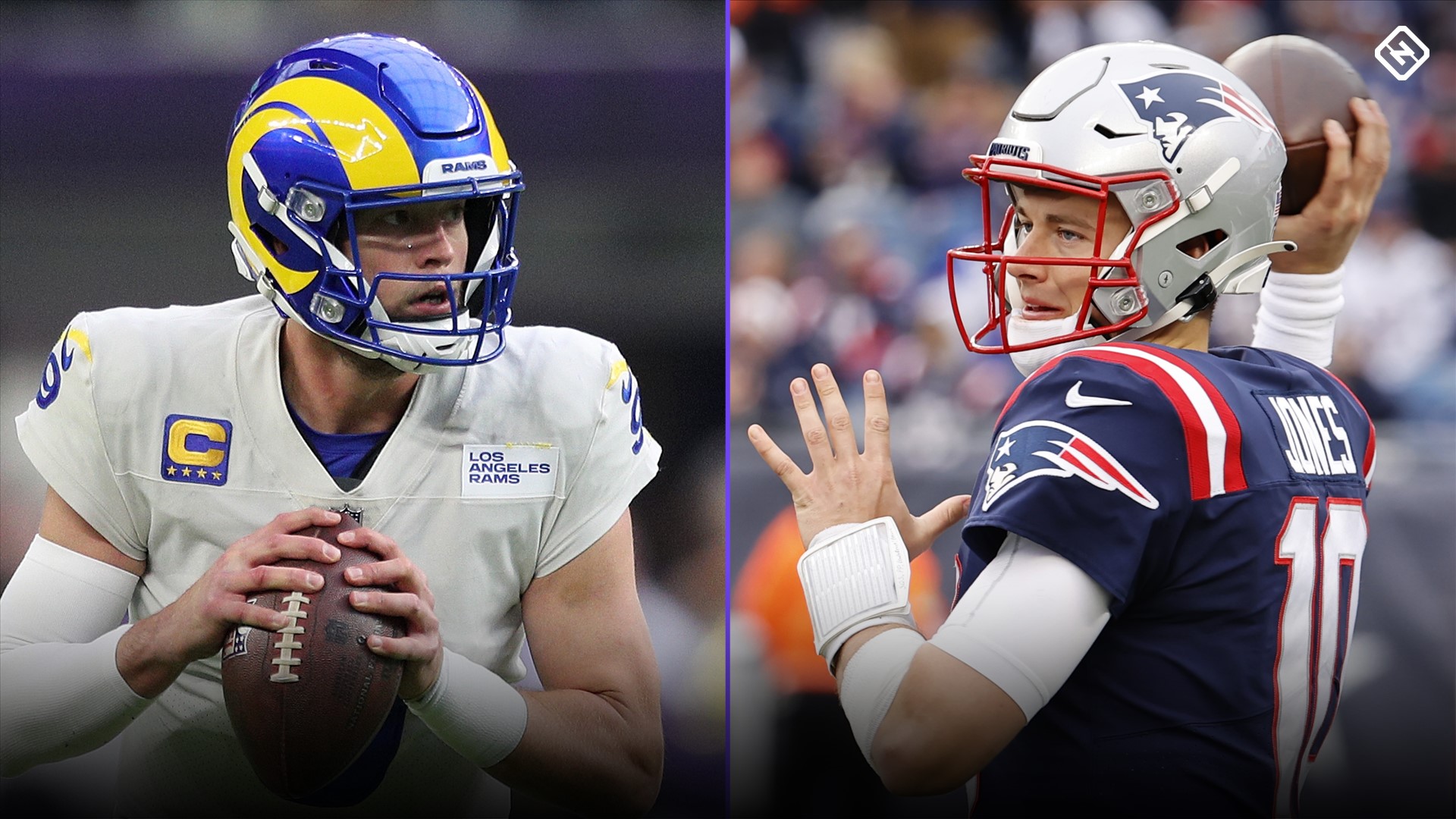 Alabama and Georgia meet in the College Football Playoff championship on Monday in an all-SEC final that features two five-star studded rosters.

How would that translate in an NFL matchup? After all, Alabama and Georgia combined to put 88 active players on rosters in Week 1 of the NFL season. The schools combined for four Pro Bowl selections this year, center Ryan Kelly, defensive lineman Jonathan Allen and cornerback Trevon Diggs from Alabama, and running back Nick Chubb from Georgia. More talent is on the way, too. In Sporting News’ latest NFL Mock Draft, Alabama’s Evan Neal and Georgia’s Jordan Davis and Nakobe Dean are projected to be first-round picks.

Alabama coach Nick Saban and Georgia coach Kirby Smart have built NFL football factories. So, what would that look like if those Alabama and Georgia alums played head-to-head in the NFL? SN takes a closer look:

Matthew Stafford, Georgia’s quarterback from 2006-08, ranks 12th all time in the NFL with 49,757 yards. He’ll have his best chance to lead a Super Bowl run with the Rams this season. Jake Fromm is the backup. If Alabama is allowed to use Jalen Hurts, then would Georgia be able to claim Justin Fields?

The depth chart at running back would be the same as the 2018 CFP championship game against Alabama: Nick Chubb ranks third in the NFL with 1,201 rushing yards this season, and would split carries with Sony Michel and D’Andre Swift, who have 802 and 587 yards, respectively. That’s a fantastic trio to work with.

Veteran A.J. Green led all Georgia receivers this season with 825 yards, and Mecole Hardman (590 yards) and Chris Conley (323 yards) also have emerged as role players in their respective offenses. George Pickens is the next-man up. Tight end is a bit of a weak spot, but Brock Bowers will be in the NFL in a few years.

David Andrews is one of the more reliable centers in the league with New England, starting 16 games each in two of the last three seasons. Ben Cleveland has emerged as a solid guard late in the season, and tackles Andrew Thomas and Isaiah Wynn have settled into their roles. Georgia doesn’t have a lot of depth here.

Alabama would run a 4-3 with a talented group up front that includes Quinnen Williams, Jonathan Allen, Da’Ron Payne and A’Shawn Robinson. Dalvin Tomlinson, Jarren Reid, Raekown Davis and Christian Barmore would give this position group depth. Allen has enjoyed a career-high 8.5 sacks this season.

Veterans C.J. Mosley and Dont’a Hightower would anchor this group, where Reggie Ragland, Shaun-Dion Hamilton and Rashaan Evans could rotate in. There isn’t a true edge rusher in the group after Hightower, but that’s part of the Alabama model.

Trevon Diggs made the Pro Bowl with 11 interceptions this season, and Marlon Humphrey is a two-time Pro Bowl cornerback who is out with a torn pectoral muscle. Patrick Surtain II has four interceptions as a rookie. Safety is loaded too, with Minkah Fitzpatrick, Eddie Jackson, Landon Collins, Ronnie Harrison and Xavier McKinney. The Saban era has created depth in the secondary.

That quarterback room has reunited again. Mac Jones has the highest passer rating of the group at 92.5, but Jalen Hurts (who finished his career at Oklahoma) has led a playoff push with the Eagles. Tua Tagovailoa continues to fight through injuries in Miami, but isn’t that far behind.

Alabama has four of the top 25 rushers in the NFL this season. Derrick Henry (937 yards) has played in just eight games. Rookie Najee Harris (1,172 yards) ranks fourth in the league in rushing, and Damien Harris (892 yards) and Josh Jacobs (740) also are in the mix.

Julio Jones has seven Pro Bowl appearances, but he has been injured for most of this season. Calvin Ridley also would be in the mix. If we were going just based on this year, the three most productive receivers have been Jaylen Waddle (988 yards), DeVonta Smith (875 yards) and Amari Cooper (786 yards). O.J. Howard is the best bet at tight end. This group will add SN All-American Jameson Williams soon enough.

Ryan Kelly is a three-time Pro Bowl selection at center, but Bradley Bozeman has been good at the position, too. The interior would be solid with those two, and Jedrick Wills, Jonah Williams and Cam Robinson could rotate at tackle along with rookie Alex Leatherwood.

The Bulldogs would be thin here, given defensive tackle John Jenkins is the only one with significant time. First-team All-American Jordan Davis will be in the NFL soon, however, and the Bulldogs would always bump down some of their talented outside linebackers as edge rushers and run a 3-4 defense.

Veteran Justin Houston has 102 career sacks, and Leonard Floyd has 9.5 sacks this season. Roquan Smith ranks third in the NFL with 157 total tackles. Nakobe Dean is next in line from the college ranks.

This is part of the pipeline Smart is developing in Georgia. Rookie cornerbacks Eric Stokes and Tyson Campbell have combined for three interceptions this season, and Richard LeCounte has carved out a role in Cleveland. Veteran safety Shawn Williams has two seasons with 100-plus tackles.

Rodrigo Blankenship has kicked in five games for the Colts this season, but he has struggled with injuries. The Bulldogs don’t have a punter in the NFL.

Punter JK Scott was cut by the Packers but signed with the Jaguars last week. SN second-team All-American junior Will Reichard could be a kicker for an NFL team when he turns pro.

Fun fact: Stafford is the last Georgia quarterback to beat Alabama. In this hypothetical matchup, Georgia would lean on the running game early with Chubb and Michel, and Stafford would make a few connections with Green, who was a favorite target in college.

Alabama, however, would be able to stack the line of scrimmage and force a few interceptions with Fitzpatrick and Diggs.

The Crimson Tide also could rotate quarterbacks, and all three could play in this matchup. Jones, however, would hit a few deep passes to Waddle and Smith, and the Crimson Tide would be able to hammer the running game with a healthy Henry and Harris. Those national championship teams in the CFP era have produced NFL stars, and that would shine through in this matchup.

Stafford would keep Georgia in it, but the Crimson Tide would cover at 7-point spread here.