Need a Best Bet for the National Title Game? Check out our write-up below on the iconic matchup between the Georgia Bulldogs and the Alabama Crimson Tide.

Our Best Bet on the Miami Dolphins +6 cashed easily yesterday as the Fish won the game outright! Let’s keep that positive momentum today with our…

Best Bet for The National Title Game: OVER 52.5 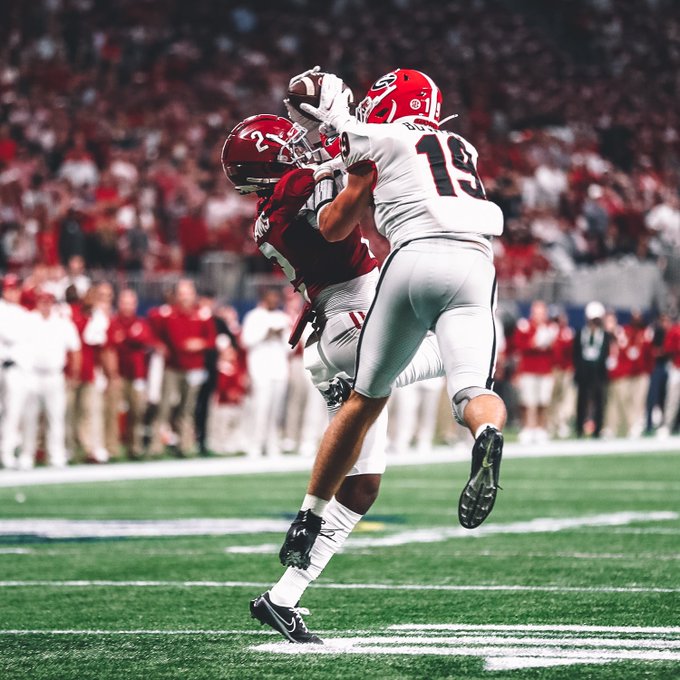 Sure, both Georgia and Alabama have outstanding defenses, so it’s a little tough to hit submit on this best bet. However, college football has evolved to where good offenses normally beat good defenses. Both teams have a plethora of playmakers on the offensive side of the ball.

There were 65 points scored between these two teams in the SEC Championship, so there’s no reason to think they can’t surpass this point total that’s in the low 50s. In fact, these two teams racked up 65 points combined during their regular season battle back in 2020.

Alabama averages 40.9 points per game and Georgia averages 37.7. Sure, both defenses are dynamic, but both offenses rank in the Top 10 in yards per play. We don’t see either team being able to run the ball effectively, so both offensive coordinators will have to resort to calling lots of passing plays. This should help our case for the Over!

Both QBs can push the ball down the field, as Georgia ranks 5th in yards per pass and Bama ranks 7th. Stetson Bennett regained a lot of confidence by the way he played against Michigan in the Orange Bowl. The former walk-on threw for 313 yards and 3 TDs against a stout Wolverines defense. We see Bennett playing a much better game than he did against Bama the first go around.

There’s not much more we can say about Heisman Trophy winner Bryce Young. This kid is unflappable, and even though we think the Bulldogs’ secondary will play better in this game, Young will still be able to gash them with some long touchdown passes to speedster Jameson Williams.

We aren’t sure about the side in this game, but we do foresee a shootout with the final score being 34-31. Buckle your seat belts college football fans. This one should be another instant classic!

Take the Over and let’s cheer for some points and an exciting football game! Best of luck with all your national title game action!