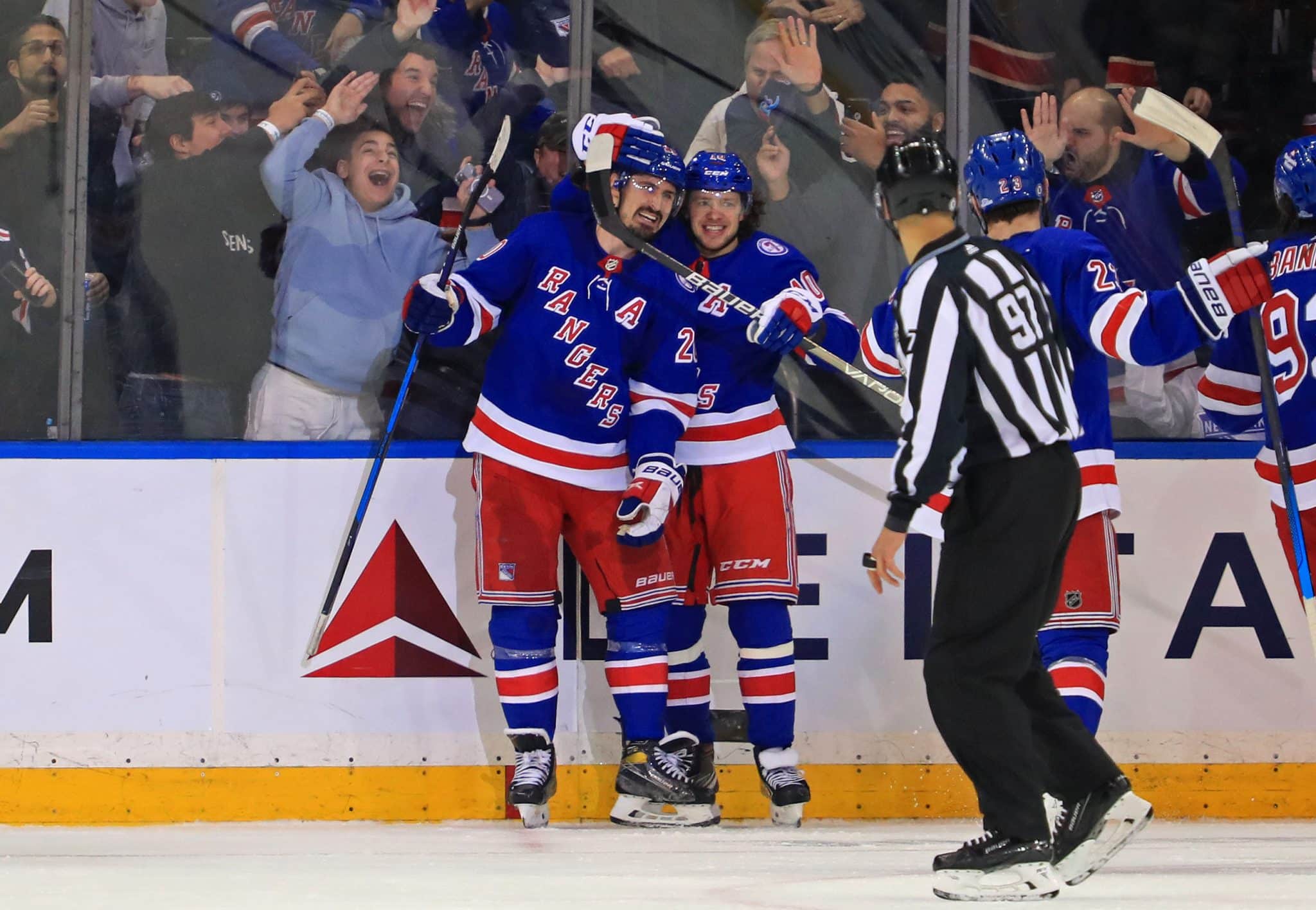 The veteran has established himself as one of the absolute best forwards in the game this season.

The New York Rangers are coming off yet another successful week.

They were exposed by the Carolina Hurricanes, who showed that the Rangers still have much room to grow, but dominated the elite Toronto Maple Leafs and notched quite the comeback win against the Arizona Coyotes.

Alternate captain Chris Kreider was the Rangers’ best player this week, which was a special one.

(Check out last week’s player of the week and honorable mentions here.)

Kreider’s numbers this week speak for themselves. He was a scoring machine and is now tied for the league-lead in goals with 29. Kreider’s career-high in goals has never been greater than 28. His 14 power play goals are also good for most in the league.

Kreider, who’s been an excellent two-way forward this season, didn’t look his best defensively this week, but then again, neither did the vast majority of his teammates. Anyway, he was so special on offense that it didn’t really matter.

Kreider was the team’s best player against both the Hurricanes and Coyotes. The game against Arizona was his best this season.

Mr. PPG up to the usual. pic.twitter.com/m5HOayCWlt

That hat-trick was the fifth of his career and it was a special one: Kreider’s three goals came at even-strength, on the power play, and on the penalty kill.

And it’s only January. 🥵 pic.twitter.com/ajlqCWumG8

Kreider came out firing at the beginning of the season and, as always is the worry with him, many were concerned that he’d inevitably cool down. He’s currently as hot as ever and is playing like the All-Star he is.

The Rangers need this kind of production from their top-six guys and have Kreider to thank for much of their success this season.

The two buddies were cooking together. For the second-straight week, Zibanejad is the Rangers’ number one honorable mention for player of the week. He continues to play spectacular hockey since finding his form a few weeks ago.

Mika Zibanejad extends his point-streak to eight games (4G-5A) with an assist, the second longest of his career.

Like Kreider, he was disappointing in his own zone, but definitely made up for it offensively.

Zibanejad was the team’s second-best player against Carolina and Arizona and, like his linemate, played his best game of the season so far against the Coyotes.

Quick work on the PP. pic.twitter.com/76cKS75mPv

The Rangers’ star forwards really came through for their team this week and fans have to be happy with what they’re seeing from Zibanejad and company.

He wasn’t as great as he was in Week 13, especially not defensively, but Fox is still one of the best, even when he’s not at his best.

This was a big week for Mr. Norris, who is now on a five-game point-streak and became the first Rangers defenseman since Brian Leetch to record 40 points in 40 or fewer games.

With an assist, Adam Fox became the first Rangers defenseman to reach the 40-point mark (5G-35A) in 40 games played or fewer since Brian Leetch in 2000-01.

Fox’s absolutely elite offensive performance this week made up for his unusually poor defensive play. His ability to do that is what makes him so special.

SO FRESH
SO CLEAN pic.twitter.com/DOlcr5AfVc

NHL Best Bets: Who will win the Hart Memorial Trophy in 2022?

Do the Islanders have another deep playoff run in them?