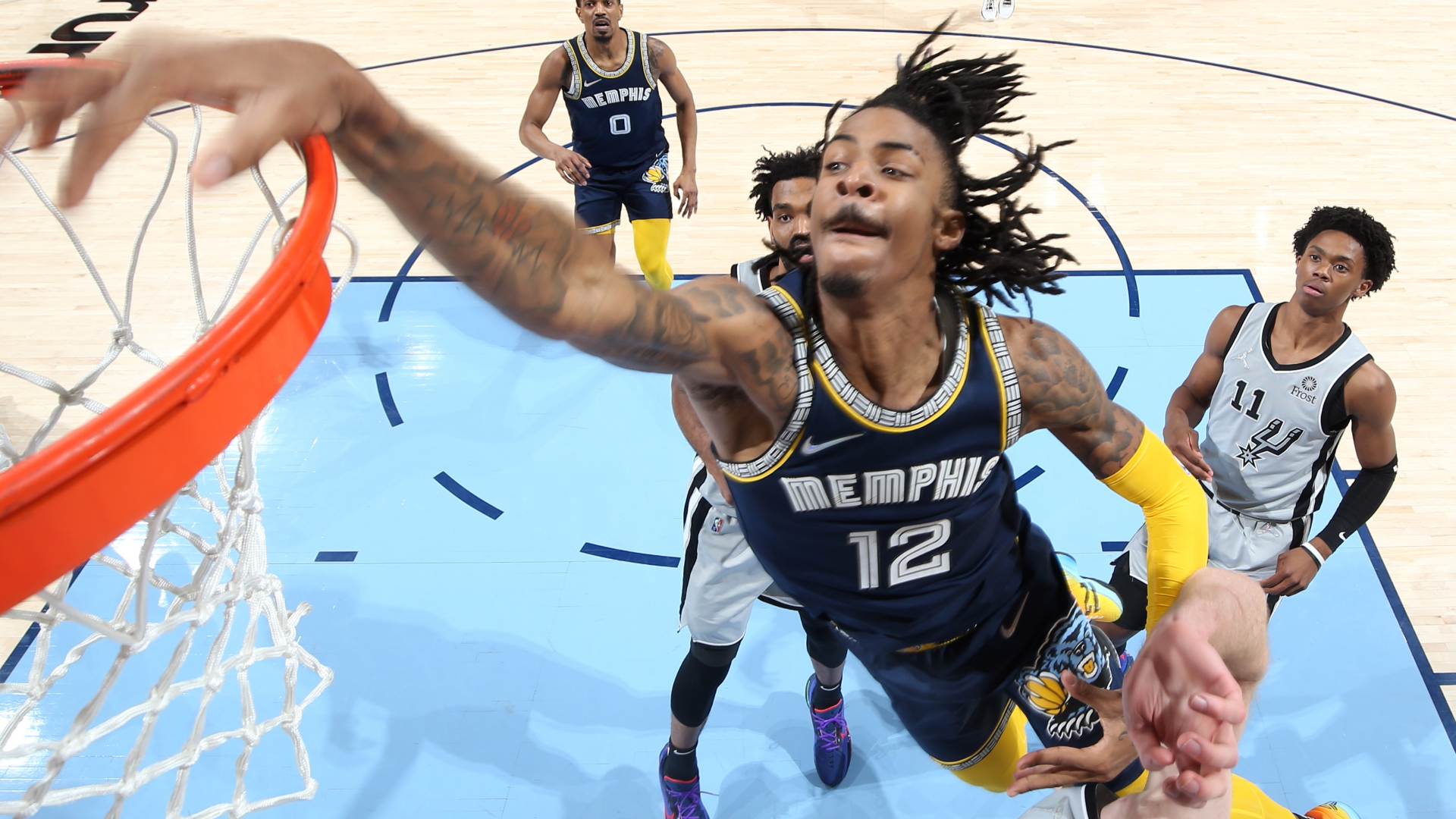 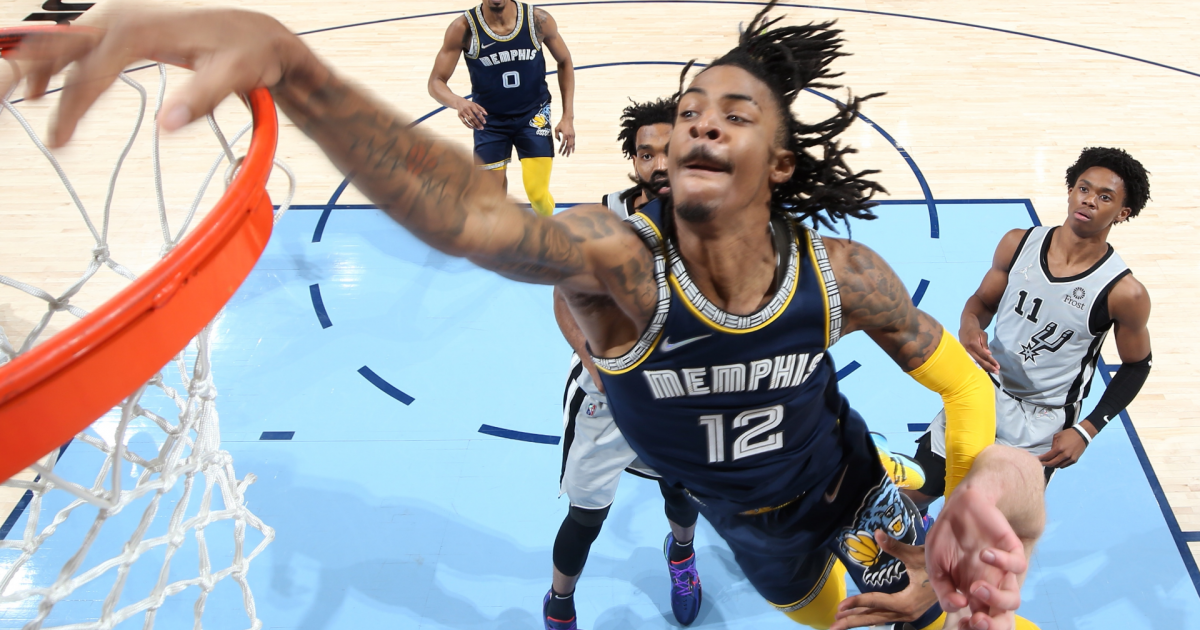 Ja Morant somehow managed to fit in a season’s worth of highlights into one explosive evening. His ridiculous dunk on Jakob Poeltl was followed up by a freakish at the buzzer shot to end the first half for the Memphis Grizzlies.

Oh, and did we mention he ended the night with a career-high 52 points?

From the moment Morant stepped onto the court in a custom pair of Kobes with his number 12 on them, you knew it would be trouble for the opposition.

Morant – and the Grizzlies in general – have provided some of the NBA’s best storylines this season so far, and the athletic guard added to his highlight reel in spectacular fashion on Monday night.

Morant, standing just 6-foot-3, sent the FedExForum crowd into hysteria when he jammed (it was so explosive, jammed doesn’t even do it justice) one home over the Spurs’ 7-foot center Jakob Poeltl.

Morant didn’t end his first half show there, however.

With 0.4 seconds left in the first half, center Steven Adams launched a 90-foot pass to the left corner (which was amazing in accuracy itself!), where Morant jumped, tipped the ball and nailed a buzzer-beater as the clock expired.

Even Ja had to get a second look at his insane buzzer-beater!

The shot was so incredible that even Morant had to get a second look on the big screen. He ended the first half with 29 points on 12-for-15 shooting.

His new career-high of 52 points beat his previous high of 46 which was set just two days ago in a 116-110 win against the Chicago Bulls.