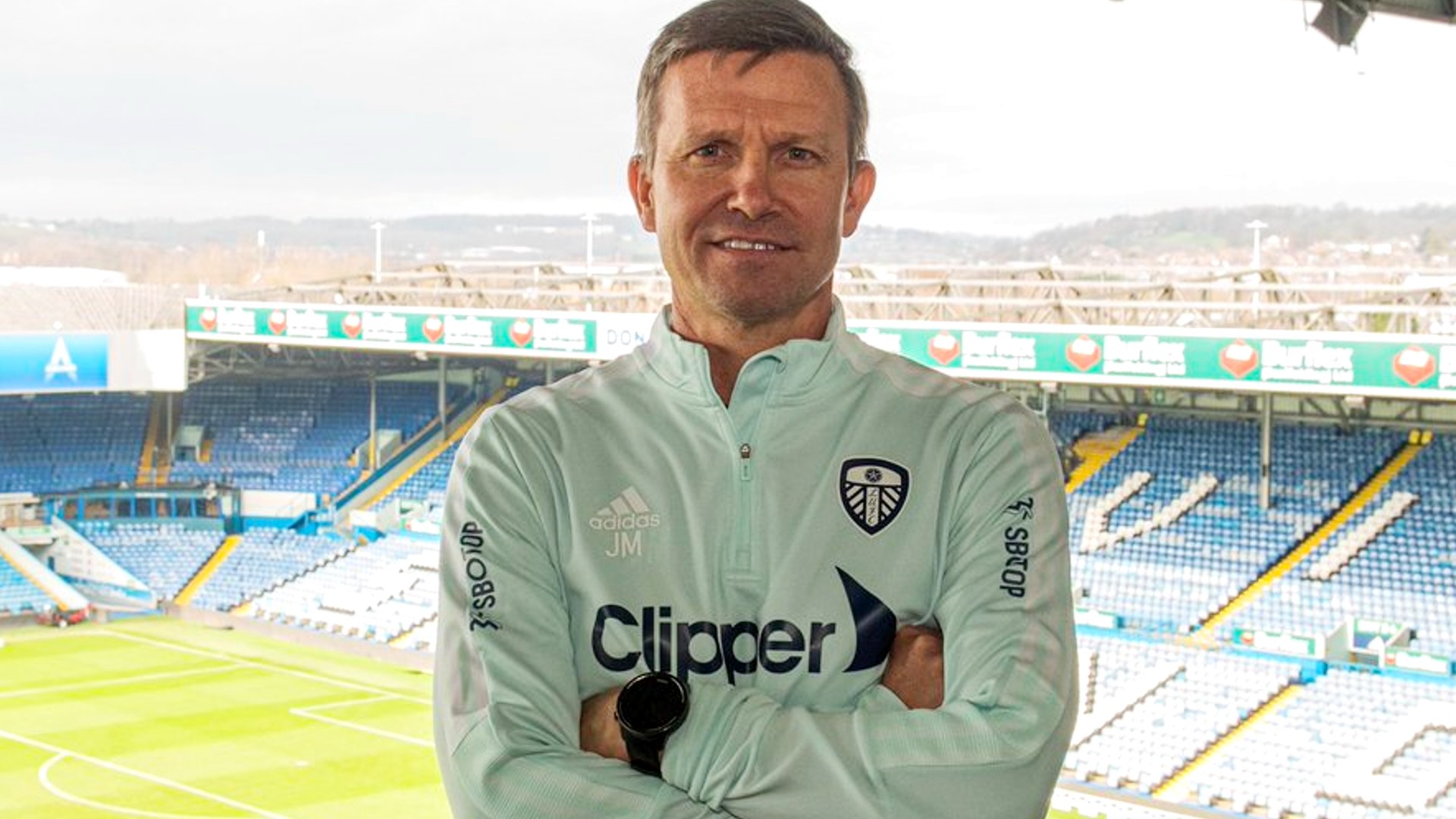 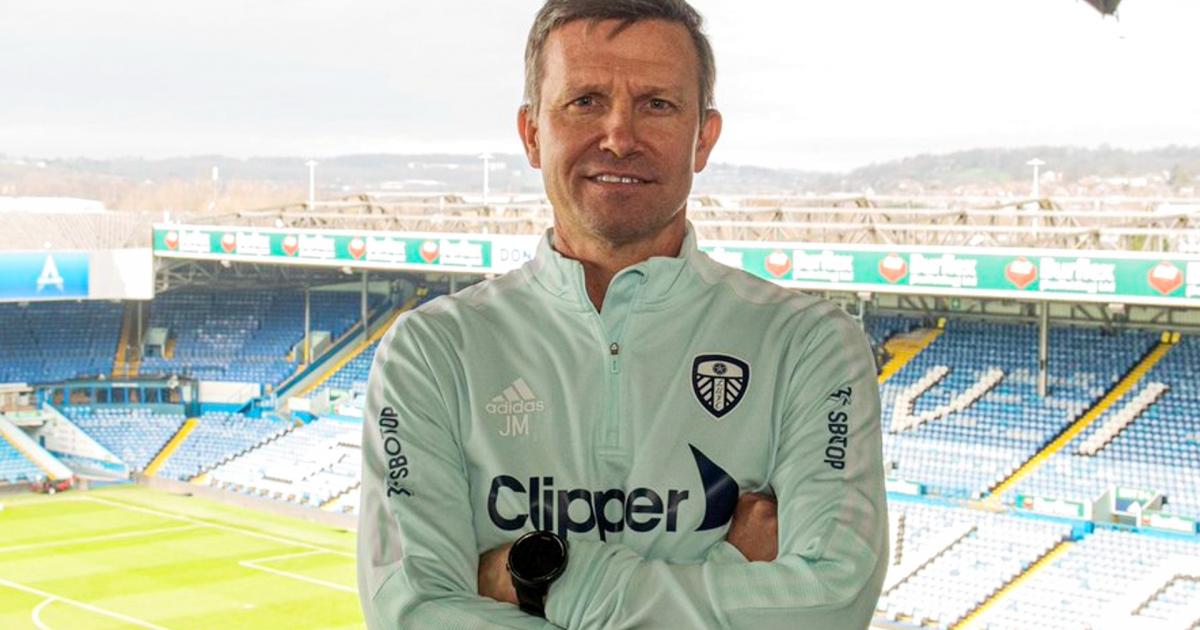 With confirmation that Jesse Marsch has taken over the managerial role at Leeds United, an American-born manager is back in charge of a Premier League club for the first time since 2016.

It’s a big, challenging task for the 48-year-old.

Leeds announced Marsch’s appointment on Feb. 28, confirming his arrival on a three-year contract through the summer of 2025.

With Leeds United embroiled in a relegation battle thanks to a three-month long free fall, Marsch will need to engineer a quick turnaround just to keep Leeds afloat in the Premier League.

It took a catastrophic nosedive to see legend Marcelo Bielsa — a revered figure at the club — lose his job, but that’s exactly what transpired. Since the start of December, Leeds has lost eight of its 12 matches, collecting eight points over that span and conceding an incredible 40 goals in the process. The club shipped three or more goals in eight of those 12 matches, including defeats of 4-0, 4-1, 4-2, 6-0, and 7-0.

Whether or not Marsch can pull off an escape for Leeds and secure another year of Premier League status, this represents a huge opportunity for an American to shake the current stereotypes — some earned and some unfairly established by popular culture — and prove he belongs in English soccer.

Coming from the Red Bull family of clubs, first in Major League Soccer, then in Europe with clubs in Austria and Germany, Jesse Marsch has adopted a German counter-pressing style known as “Gegenpressing.”

This pressing style, while still high-energy, is not nearly as intense as Marcelo Bielsa’s all-out full-court press that left Leeds exhausted for the latter stages of matches and saw defenders consistently on an island. Marsch’s idea features more zonal pressing rather than the man-to-man pressing style for which Bielsa was known.

MORE: Who is Jesse Marsch? Get the vitals on Leeds’ new boss

While zonal pressing is more difficult to master as a craft, it can offer more respite for players looking to conserve energy throughout a 90-minute match while confusing an opponent who is left uncertain as to who will come to challenge next. Still, the instructions can be difficult to take on for players, especially as Marsch arrives in early March amid a relegation battle with little time at his disposal to save the season.

The pressing is also more ball-oriented, meaning that unlike Bielsa — who instructed his players to stick on their marks one-on-one whether they had the ball or not — Marsch instructs his press to smother the ball and win it back as quickly as possible, looking to “hunt the ball,” hence the idea of a counter-press.

“When I first took this job,” Marsch said back in August of 2020 while at Austria’s RB Salzburg, “they asked me what trainers and clubs do I think are right now doing a great job and my answer was Jurgen Klopp and Liverpool.

“It has so much to do with his way of leading his group and the way he coaches his team to play.”

Marsch had the opportunity to match up against Klopp in the Champions League, and nearly stunned the Reds at Anfield. Down 3-0 at the break, a rousing half-time team talk bolstered the squad, and RB Salzburg came all the way back to level things at 3-3 before a late Liverpool winner scuppered the upset bid.

His halftime team talk went viral, as he repeated in a mix of German and English (and a number of expletives sprinkled in for good measure), “This isn’t a f-ing friendly! This is the f-ing Champions League! They have to feel us guys. They have to know we’re f-ing here to compete, not just that we’re stylistically going to play the same way, but we came to f-ing play! That is what’s most important.”

Marsch is the long-term plan at Leeds

While Marsch was brought in to save the club from relegation, there is plenty of indication that the American is a long-term option at Elland Road whether the club stays up or not.

There were rumors over the past few weeks that Marsch was already the choice to take over at Leeds this summer, with Marcelo Bielsa out of contract. That thinking was corroborated by Leeds chairman Andrea Radrizzani in a video message posted by the club less than an hour before confirmation of Marsch’s appointment.

“We were planning a successor for the summer,” Radrizzani said, “and we had to anticipate this decision now because I could see something was broken in the club.”

A message from our Chairman pic.twitter.com/dR8i5i6LfB

There are further indications that club hierarchy is enamored with Marsch’s style and leadership. According to Phil Hay of The Athletic, Marsch was identified by Leeds director of football Victor Orta back in early 2020 as a potential Bielsa successor given the style of play he espoused.

“Jesse is someone we identified a number of years ago during his time at Red Bull Salzburg and we believe his philosophy and style of football aligns with that of the club and will suit the players very well,” Orta said in the announcement. “We have a long-term plan and firmly believe he can take Leeds United to the next level and are excited for what the future holds.”

“Whilst the short-term objective for Jesse is obvious,” added club CEO Agnus Kinnear, “we believe he has the courage and ambition to build on the strong foundations we have created over the last four years and elevate the performance of the club over the long-term.”

It is possible that Marsch slightly amends his tactical approach in the short-term to something better suited for a relegation battle and easier to implement in a short period of time. Regardless of the end result over the final 12 matches of the season, expect Marsch to be given a chance this summer to push forward into next season, whether that’s in the Premier League or the Championship.

Another American in the Premier League

Jesse Marsch has an opportunity to turn around the general impression of American coaches in the Premier League.

The previous two haven’t done much to help.

The first was Bob Bradley, who was hired at Swansea City in 2016 under dubious circumstances, and was set up to fail from the start. Bradley was hired by Swansea’s American ownership group, leading to chatter of favoritism and marketing fueling the hire rather than sporting reasons.

The results were not good, as Bradley collected just eight points across 11 matches, and he was sent packing by ownership after just 85 days on the job.

While Bradley wasn’t given much of a chance at Swansea, the results were also poor, and no manager could expect to maintain job security given that return. Indeed, that points haul was the same over one fewer match than Bielsa secured in his final days in charge.

To pile on, Marsch’s fellow Red Bull product Chris Armas, an assistant coach for Manchester United, has been the reported target of Ted Lasso jokes at Manchester United training, with the American drawing comparisons — with negative connotations — to the (initially) hapless fictional character from the Apple+ TV series who arrives in England to coach a team with no experience in the sport.

Going further back, in the wake of Bob Bradley’s inauspicious departure from Swansea City, Sky Sports created a sketch character named “Brad Bobley,” an American caricature that cursed, ran around dramatically, and said things like “barricade” instead of wall and “Michael Anthony” for Michail Antonio.

While Marsch’s viral halftime team talk mentioned earlier will go a long way towards shoving the Ted Lasso comparisons aside, there’s no escaping the accent he sports, blessed by his place of birth. Regardless of where he’s from, Marsch needs to secure results as soon as possible to lay the foundation for a successful spell. That would be true no matter his nationality.

Still, given the high-profile nature of the job, Marsch’s performance at the helm of a Premier League side will have a significant impact on the way American coaches and American soccer are viewed in England and the rest of Europe for years to come. It’s a high-stakes hire in more ways than one.