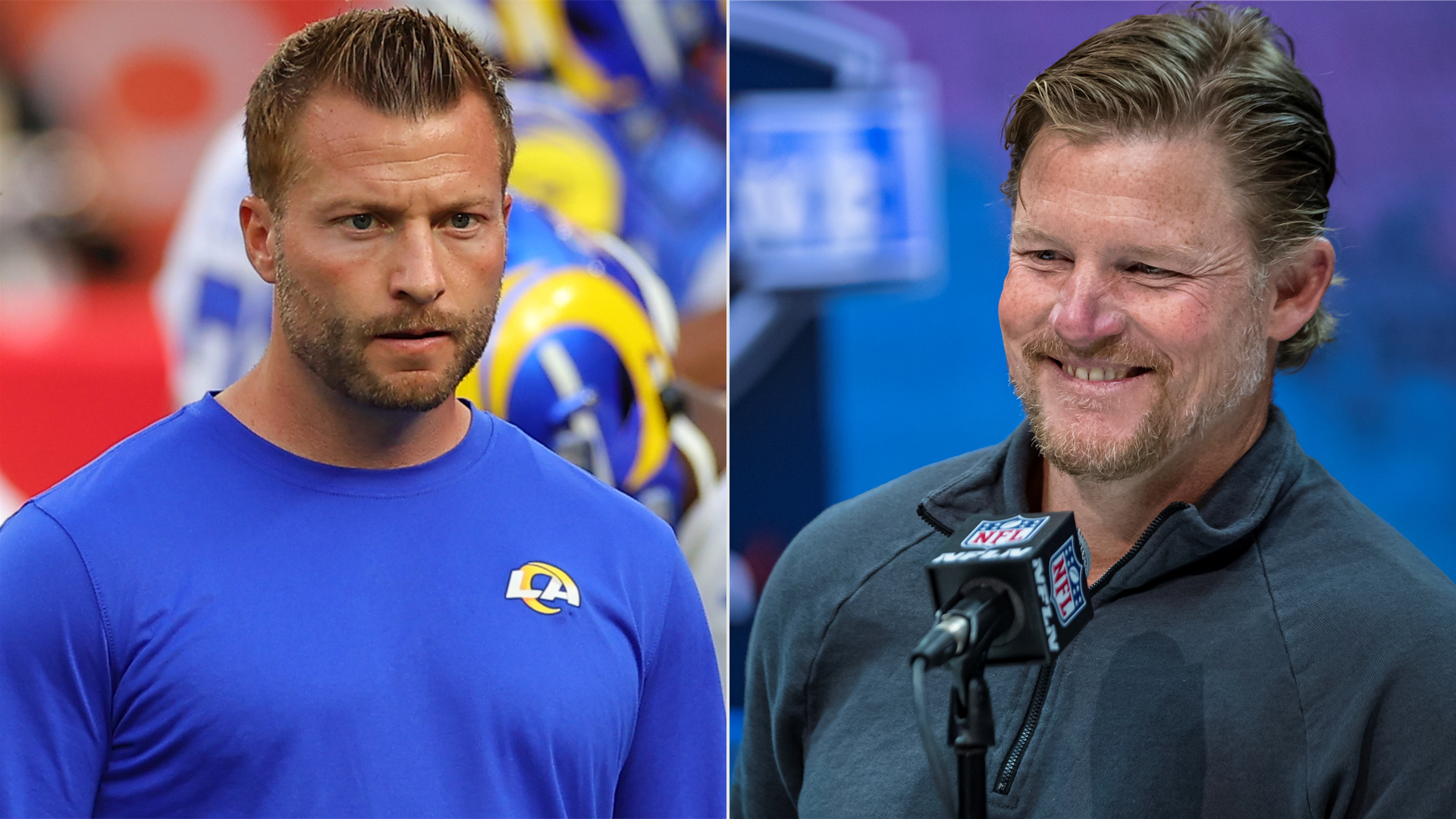 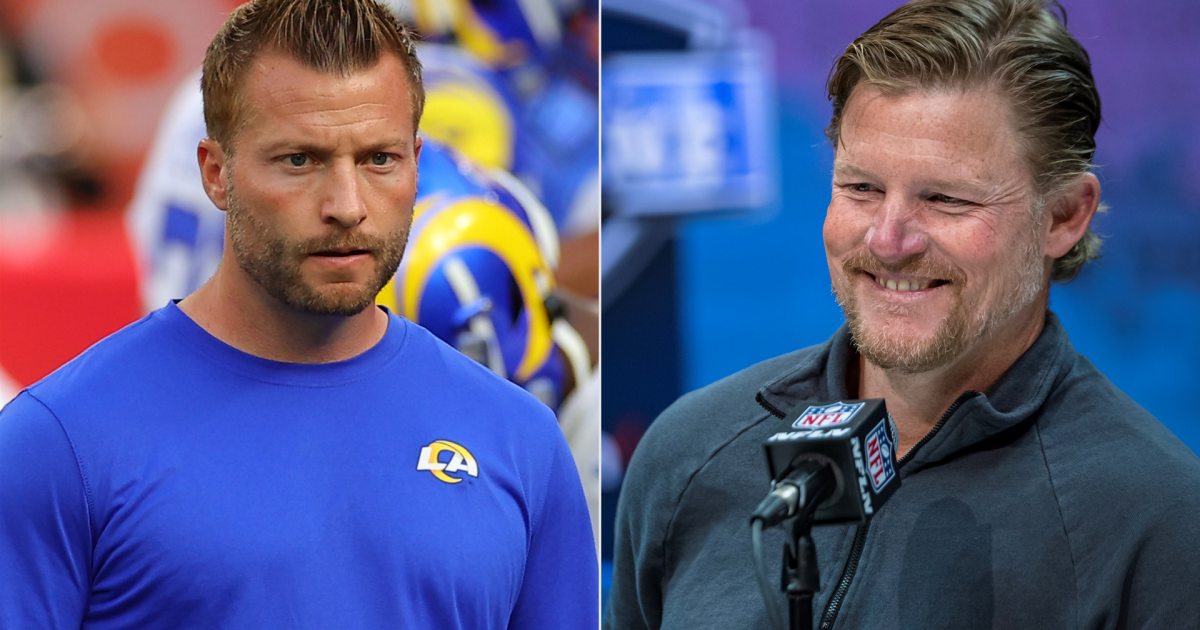 The 2022 NFL Combine is now in full swing, and every NFL team has its coaches and general managers in Indianapolis assessing hundreds of prospects ahead of the 2022 NFL Draft.

Well, almost every team does. One organization notably does not have two of its most important decision-makers on hand for the annual event. That would be the reigning Super Bowl champion Rams.

Neither coach Sean McVay nor general manager Les Snead is in attendance for this year’s combine, as <a href="http://

The Rams say Les Snead and Sean McVay are not going to attend the draft combine. F them picks indeed.

This is the first time that McVay and Snead have skipped the combine all together. That said, McVay was only on hand for one day of the event in 2020 before returning to Los Angeles, so there is precedent for the team putting a decreased emphasis on the NFL Combine.

Why are the Rams making this unconventional choice? It’s all about their high-end draft capital — or lack thereof.

MORE: Breaking down the Jaguars’ options with the No. 1 pick

Snead, McVay and the Rams have adopted an aggressive strategy in their roster-building over the last few seasons. They have opted to swing for the fences on numerous trades to upgrade their team.

That’s why the, “F— them picks” phrase is associated with Snead and the Rams. He has unloaded high-end draft capital for veterans like Matthew Stafford, Jalen Ramsey and Von Miller.

These trades paid off in spades when the Rams won Super Bowl 56. That said, the moves depleted the Rams’ draft capital, and as a result, the team will have just three non-compensatory picks during the 2022 NFL Draft. They are as follows:

However, the Rams are expected to receive five more picks once the NFL’s compensatory selections are announced. Still, Los Angeles won’t be picking until the third round at the earliest given that compensatory picks are only awarded beginning at the end of the third.

Below are the Rams’ projected compensatory picks and how they acquired them.

Even if the Rams have eight picks, they will mostly be in the latter stages of the draft. As such, the team can afford to do its scouting from afar as it looks to unearth some hidden gems that may not be displayed as much at the combine.

The Rams have had success on Day 3 of the draft in recent years. Since 2019, they have added three starters — David Edwards, Greg Gaines and Jordan Fuller — in Round 4 of the draft or later. With that track record, it’s fair to give McVay and Snead the benefit of the doubt.

Still, their draft class will be under immense scrutiny because they are skipping the combine.

NFL MOCK DRAFT: Malik Willis first QB off the board in pre-combine mock

What is the new WNBA Playoffs format? League to play more postseason games

Are there Premier League games this weekend? When are the next EPL matches?