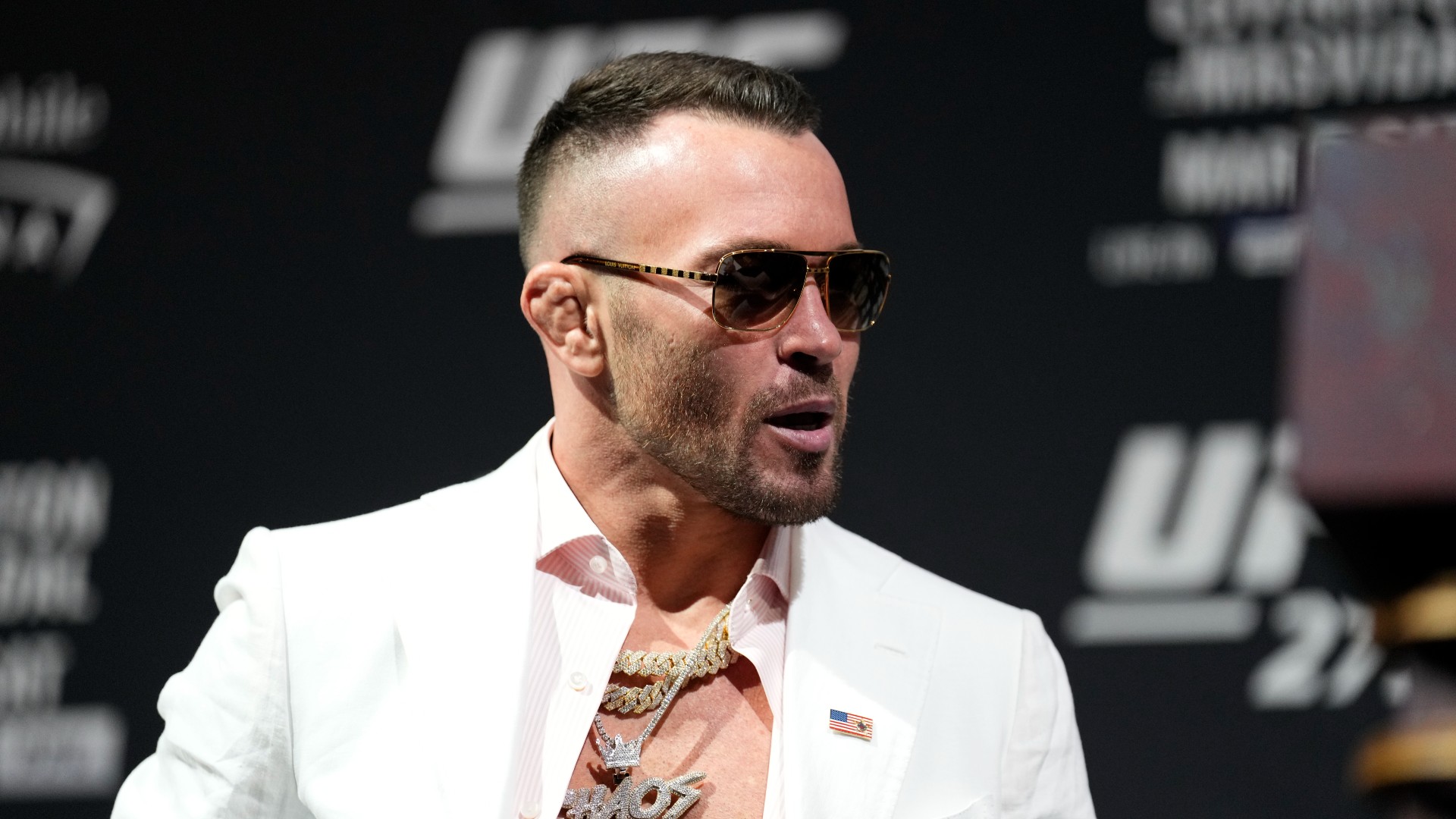 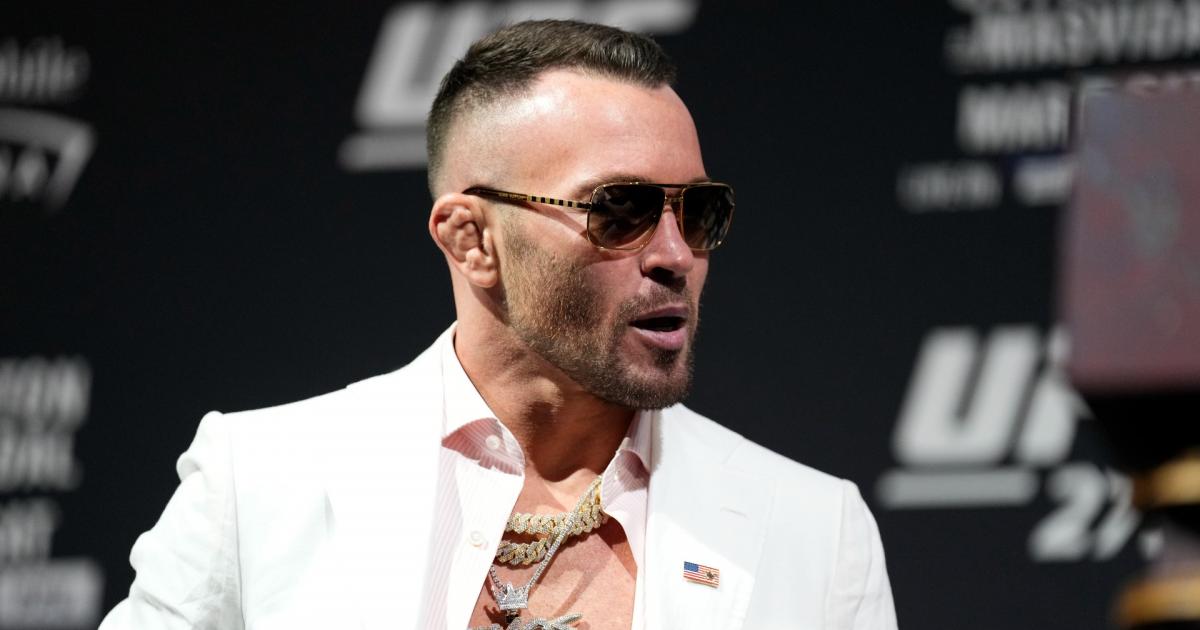 One of the most outspoken and controversial individuals in the combat sports world, Colby Covington has waited to face off against Jorge Masvidal for years. Now, the former interim UFC welterweight champion has a chance to do so on Saturday at UFC 272 in Las Vegas. Covington relishes this opportunity to take on a man with whom he is in a “blood feud.”

Former teammates at American Top Team, Covington and Masvidal were as close as one could get. Both fighters have shared their side of how their friendship fell through, and as seen by the UFC 272 pre-fight news conference, they really do not like one another.

An All-American and two-time Pac-10 champion in wrestling, Covington is 2-2 in his past four fights. Those two losses were against UFC welterweight champion Kamaru Usman. Masvidal is also coming off two losses against Usman, the second fight a knockout loss.

Not only is he looking to beat Masvidal in the most painful of ways, but Covington is also looking to prove that he is one of the top fighters out there.

The Sporting News talked to Covington, ranked No. 1 in the UFC’s welterweight rankings, ahead of his fight at UFC 272. Covington provided some detail into how personal this rivalry is with Masvidal. He also discussed an opportunity to start a new rivalry with an opponent outside his division in Dustin Poirier.

MORE: UFC 272: How a Jorge Masvidal-Colby Covington fight came to be, from a war of words to the Octagon

Sporting News: This is a relatively quick turnaround for you, especially recently. Is this one of the only fights you would have done that for?

Colby Covington: I have fought four-five times in a year before, but this is different. It’s great for me. I love the quick turnaround. I have to thank the UFC, Hunter Campbell and Dana White for bringing me back out. I couldn’t miss out on this opportunity.

SN: This fight with Jorge Masvidal is extremely personal compared to most bouts. What is it like preparing for Masvidal? How different is it, knowing this is a rivalry bout?

CC: It’s honestly no different in preparing. A fight is a fight. This one is definitely one of the most personal rivalries I’ve ever had, probably the most the UFC’s ever had in its hands. We were best friends, cornering each other, and the relationship went sour when one of the guys, myself, started doing better than the other.

The saying goes, everyone wants to see you doing well, but they never want to see you do it better than them.

MORE: Sign up to watch the UFC 272 PPV, exclusively on ESPN+

SN: Based on the timeline, the issues between you two appeared to have started after your win against Demian Maia. Where do you see eye to eye with one another?

SN: It has been public knowledge that you are not getting pay-per-view points for this fight. What does this mean to you, outside of fighting?

CC: Just correcting what’s wrong and evil in the universe. This guy is not a good person. He’s a thief, he went to jail for grand theft, he’s a dirtbag, a deadbeat dad, and a deadbeat husband. I just know that the universe wants this corrected. Thankfully, I get to do that Saturday night. I’m sending him to the electric chair.

SN: You’re known for your wrestling ability, and you relied more on power in the Usman fights. Masvidal is known for his power. Do you stick to what has worked for you, or will the personal nature of this rivalry affect your game plan?

MORE: How the UFC helped destroy Jorge Masvidal and Colby Covington’s friendship ahead of UFC 272

SN: There are times when fighters show signs of respect toward one another after a fight. There’s Conor McGregor and Nate Diaz and even yourself against Kamaru Usman. Win or lose, would you shake Masvidal’s hand?

SN: Where do you see yourself after this fight? There are talks about moving to middleweight, another title opportunity, etc.

CC: I see another personal rivalry with Dustin Poirier. He’s been talking a lot of reckless talks to the media. He needs to be held accountable for his words.

SN: Any advice for your rookie self?

CC: Stay patient, stay composed. Don’t let the media and the hype get to you. Do what you do best, don’t change yourself for anybody. Don’t change who you are to appeal to certain people. Everybody is going to have an opinion in this world. Some people are going to hate you, and some people are going to love you. The biggest thing about this sport is entertaining, and you just want to make them feel something.

Click here to learn about the different pricing and bundling options with the ESPN+ platform.

When is UFC 272: Colby Covington vs. Jorge Masvidal?

UFC 272: Colby Covington vs. Jorge Masvidal will take place Saturday, March 5, with the early prelims kicking off the event at 6 p.m. ET. The prelims will begin at 8 p.m. ET and the main card will start at 10 p.m. ET. Covington and Masvidal should enter the Octagon around midnight ET, depending on the length of the undercard bouts.

How to watch UFC 272: Covington vs. Masvidal

The main card for UFC 272 is available in the U.S. on the ESPN+ subscription streaming service for a pay-per-view cost. That portion of the event begins at 10 p.m. ET.

Earlier fights are viewable live on ESPN, the WatchESPN app and, for the early prelims, on UFC Fight Pass.

Sporting News may earn an affiliate commission when you sign up for a streaming service through our links. Sporting News’ affiliates have no influence over the editorial content included in this article.