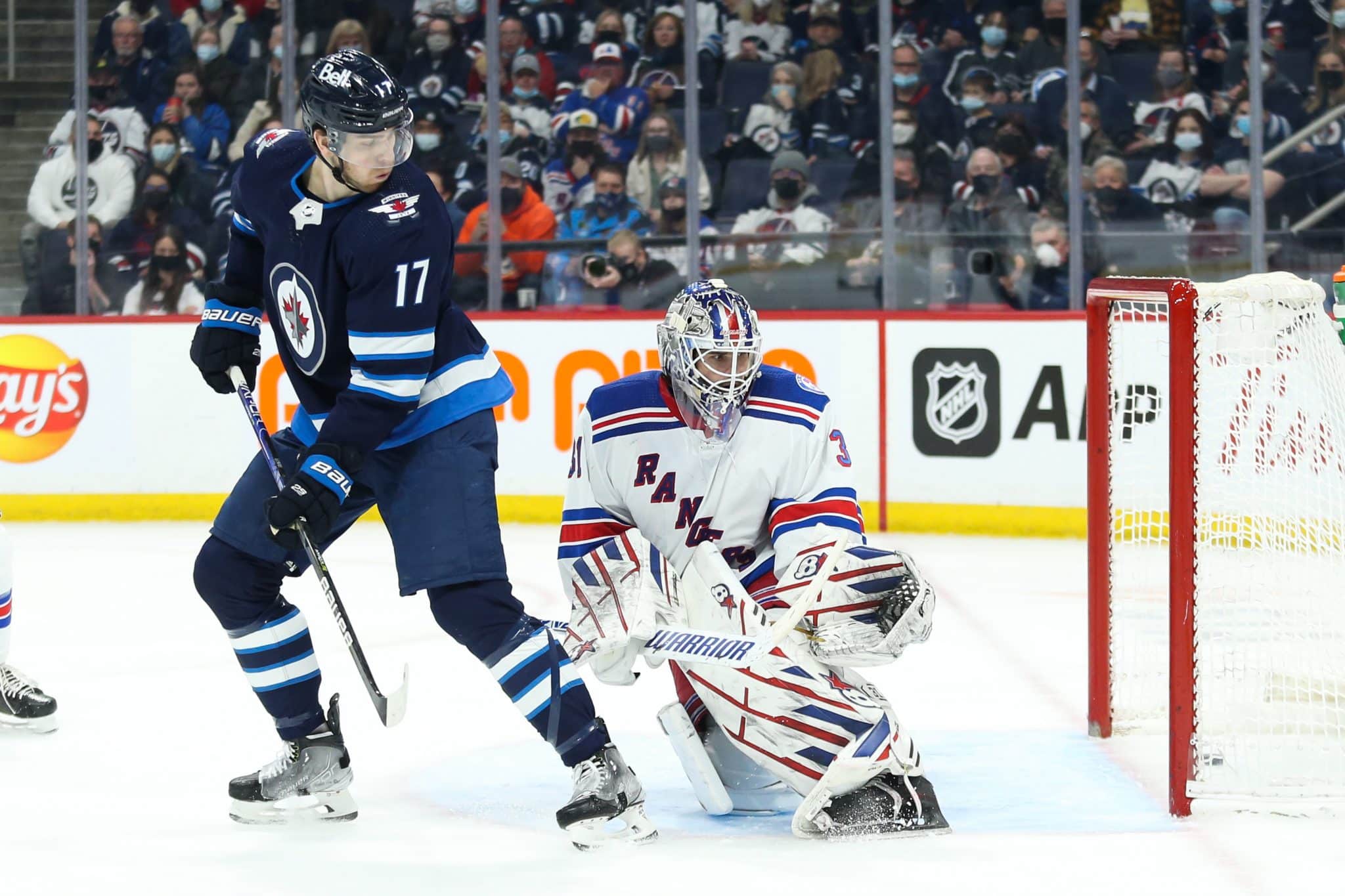 Shesterkin is somehow getting better by the week.

Another immaculate week is in the books for the New York Rangers. They went 3-0-0 and are back in second place in the Metropolitan Division.

Several Rangers are stepping up and improving their play, but Igor Shesterkin is in a league of his own.

Shesterkin was not only the Rangers’ best player this week, but the NHL’s third star, as well. He did all this without even having that great of a game against the St. Louis Blues.

Shesterkin’s phenomenal play against the New Jersey Devils and Winnipeg Jets- when he was the team’s second-best and best player, respectively- allowed him to garner even more league-wide attention.

Shesterkin would have to have a disastrous end to the season to lose the Vezina Trophy race and, although he isn’t technically a top favorite for the Hart Trophy, he probably deserves it.

Igor Shesterkin has never lost a game in his career when he makes 40-plus saves. With 44 saves Sunday, he improved to 10-0-0 in that scenario. #NHLStats: https://t.co/XhXt7pR8y9 pic.twitter.com/H9QTRVH6ij

Few players are having such a season and are as valuable to their team as Shesterkin. If the Hart Trophy truly is for the MVP, Shesterkin should be the clear-cut winner.

Jacob Trouba extends his assist/point streak to three games with his 19th assist of the season.

Jacob Trouba scores his ninth goal of the season, the most among #NYR defensemen and the second most of his career (10G – 2013-14).

Say it with us:

With his 36th goal of the season, Chris Kreider ties Anders Hedberg for the 17th most points (397) in franchise history.

Chris Kreider scores for a third-straight game and has four goals in his last six games.

Kreider is one point from 400 in his career.

Can we talk about Bread’s setups tonight 🥵 pic.twitter.com/znuRpDsBIA

NHL Trade Deadline: A deep dive into the new-look Rangers