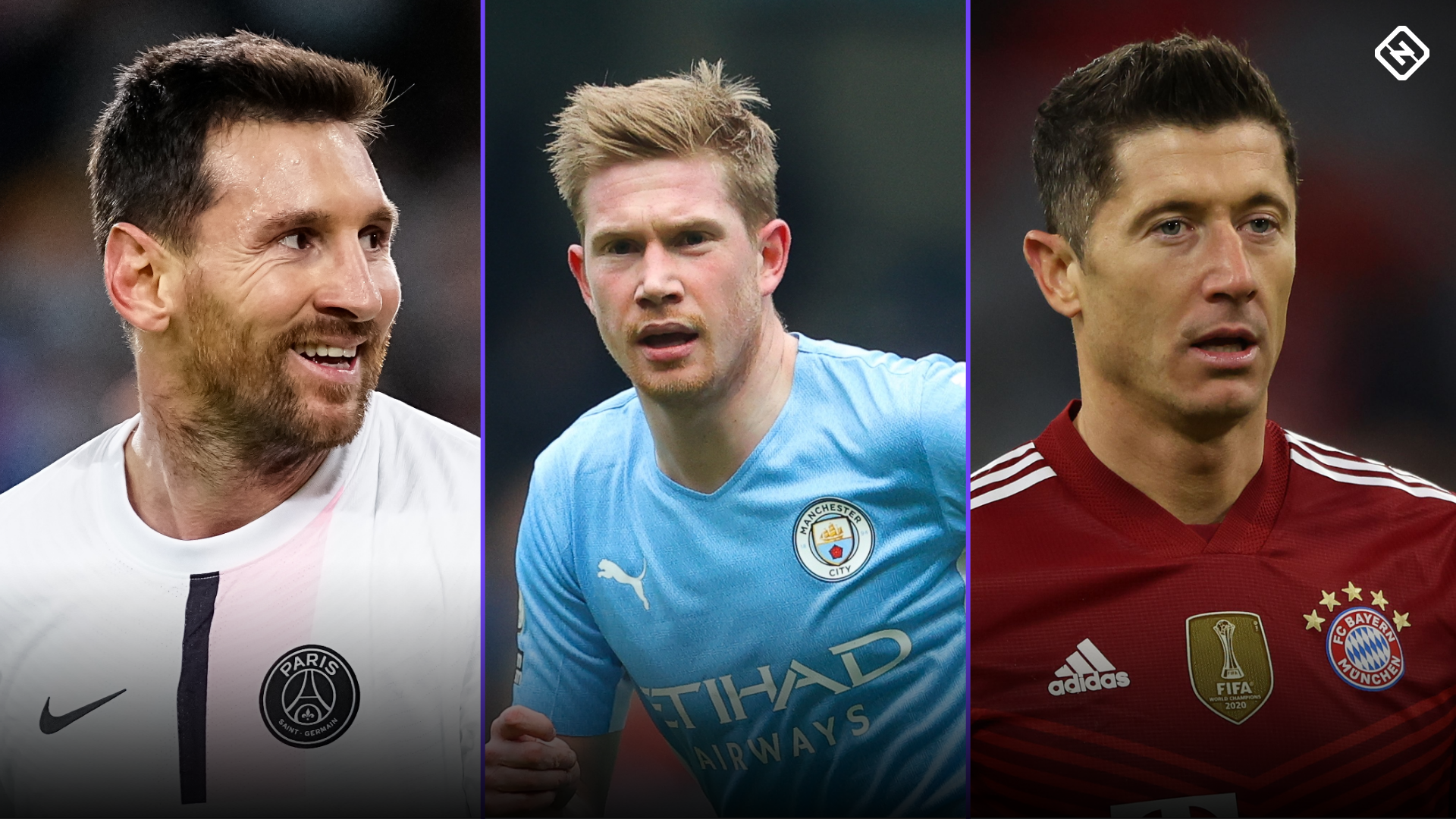 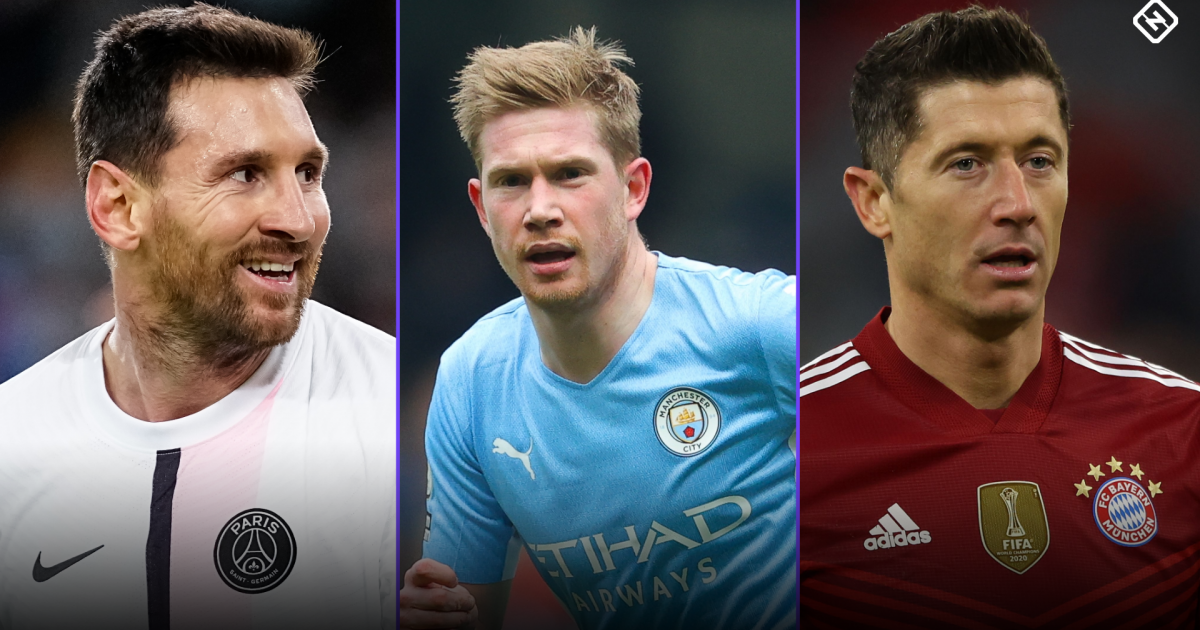 While the first leg matchups of the Champions League Round of 16 provided plenty of talking points, the second legs are where the quarterfinalists will be decided.

Aside from Bayern Munich’s surprise draw, the matchups so far have seen little to suggest the Goliaths will fall, but there’s still 90 minutes to navigate. A number of the series are still very much in play. In fact, five of the eight matchups are either level or within one goal heading into the second leg, while three of the eight sit at a two-goal margin or more.

Whether each matchup feels decided or hangs in the balance, there are always openings to be found on the betting market.

In the first leg, our eight picks resulted in four wins coupled with four losses, but the favorable odds identified meant we ended up well in the positive. Here is the full betting guide from the first leg matches with second leg picks following below.

For those of us who had too much faith in Inter in the first leg, an even greater error was underestimating Liverpool. The Reds are a legitimate title contender. So, here we are. Liverpool has a 2-0 lead, and that feels nearly insurmountable for an Inter side that looked absolutely toothless in the first leg.

The bottom seemingly dropped out of the Italian side, losing to 10th-placed Sassuolo and drawing with 19th-placed Genoa in the Italian Serie A, held goalless in both matches despite a combined 4.68 expected goals (xG) tally. It has looked like Inter has forgotten to score.

Before the March 4 walloping of last-placed Salernitana 5-0, you would have had to go all the way back to Dec. 17 to find the last time Inter outperformed its expected goals (xG) on the field in league play. That was also against last-place Salernitana.

Liverpool should coast into the quarterfinals, soaking up pressure comfortably and never needing to seriously press the issue moving forward.

The first leg between Bayern and Salzburg felt like an anomaly. Salzburg did an excellent job pressing the German club into oblivion, and the counterattacks were venomous.

Still, Salzburg didn’t take its chances, and holding this Bayern team down for long feels impossible. While the friendly confines were just that in Austria, a trip to Allianz Arena is a different animal. If Salzburg can repeat its performance last time out, tip your cap and move on, but the smart play here is staying true to the juggernaut Bayern truly is.

Even in the first leg, during which Bayern felt second-best throughout, the German side still stomped Salzburg on expected goals: 0.91-2.62 xG. Don’t expect Bayern to be held down for long, and they’ll want to keep a clean sheet too to make a statement that the first leg was a fluke.

This second leg of this Round of 16 matchup is sure to be a thrilling one. PSG absolutely boat raced Real Madrid at the Parc des Princes in the first leg, holding Real Madrid without a single shot on target the entire match, dominant in every statistical category. Marco Verratti was brilliant in midfield, and Kylian Mbappe put on a show.

MORE: Why would Mbappe leave PSG for Real Madrid?

Yet the scoreline remains completely within reach for the Spanish club, and the odds have recently shifted wildly in Real Madrid’s favor after news that Kylian Mbappe is troubled by a new injury. The Galacticos are surely better than they showed in France, and in the Spanish capital, Madrid should have a better showing. Toni Kroos and Casemiro were the lone bright spots in the first leg and will be influential again, and expect Madrid to get Vinicius Jr on the ball more — he had just 35 touches in the first leg, way down from his season average of 61.

Sure, La Liga might be down this year, and Ancelotti has a number of holes to fix — namely at fullback, where both Dani Carvajal and Ferland Mendy were eaten alive in the first leg — but it’s difficult to expect the La Liga leaders to have a second straight absolute stinker. This match could go either way and PSG has left the door open, but expect another low-scoring affair as the two sides duke it out right to the end. A cagey first half with both teams trying to avoid going behind early will help the under.

Just as expected, Man City triumphed in glittering fashion through the first 90 minutes, leaving the second leg a mere formality. There’s no drama to this match at all, and there aren’t many openings either.

The real question will be whether Sporting can find a consolation goal to take back home to Portugal. Sporting couldn’t muster a single shot on target at home, and now the odds reflect that likely possibility in the second leg as well, where City may not be tempted to take too many chances with a spot in the quarterfinals already secure.

Since the first leg, Sporting has gone back to its usual destruction of the Portuguese league, with a 2-2 draw against league leaders Porto followed by 2-0 and 4-1 wins over lesser opponents. Even in those three league matches, however, Sporting mustered a total of 14 shots on target, not exactly a stellar return.

One team has no reason to score, and the other one likely can’t. Take another under here, and the very likely result.

They say never bet two bad teams, and relative to the competition, these are two bad teams. Neither wanted the ball in the first leg — Atletico was unlucky not to head to England with a lead — and it showed as they combined for a putrid 79 percent pass completion rate and a miserable 26 percent combined dribble success rate.

With all to play for, the odds expect a cagey affair and we do too, so finding value here is tough. Atletico has won its last three league matches by a combined 8-1, but its xG in two of those three was below 1.0 xG.

The Atletico defense has also looked down this season with 35 goals conceded in 27 league matches for a Diego Simeone-coached side. But Atletico’s La Liga opponents are out-performing their xG by over 11 goals this season, the second-biggest differential in Spain.

Meanwhile, although Manchester United’s defense has been criticized of late, the Red Devils have conceded one or fewer goals in six of their last eight Premier League matches.

Picking a winner here feels like a fool’s errand, but the under by itself has almost no value (-160), and pairing it with a draw also does quite little compared to the risk taken on (from +215 to +265). United is the far likelier side to find the back of the net, so we back the Red Devils at home and run.

There are still questions about Ajax’s long-term viability in this competition, and the Dutch side presented more questions than it answered in the first leg. Ajax has been defensively stout in domestic play this season, but conceding two goals to Benfica was followed up by a shock 2-1 loss to Go Ahead Eagles in Eredivisie play. They also needed a late penalty to get by RKC Waalwijk on March 6.

With Ajax looking vulnerable, the Champions League second leg will be a fascinating watch. Benfica played excellent counterattacking football in the first leg, winning 9 of 14 dribbles (5 of 11 for Ajax), connected on 5 of 16 crosses (1 of 12 for Ajax), and winning seven corners to Ajax’s two despite just 40 percent possession.

Still, this is an inconsistent Benfica side that has a number of league stinkers over the past two months, and pairing experienced center backs of Jan Vertonghen and Nicolas Otamendi together hasn’t entirely shored up the defense. While over 3.5 goals is asking a lot of a match, backing Benfica to keep it close is a reasonable expectation. The risk of a push at +1 introduces plus-money odds (+130), but given the significant possibility of a close Benfica defeat, going to a +1.5 at -135 is a fair concession.

Lille has proven an inconsistent Ligue 1 outfit this season, and over the past few months that hasn’t changed. As Jonathan David’s scoring has dried up, the club has had to rely much more on a defense that is performing in spurts but which struggles when presented with a significant challenge.

Chelsea is another such challenge. Overwhelmed in the first leg, Lille was pegged back early and put away late. The French side frustrated Chelsea in spurts but never looked a true threat up front, collecting just 0.81 xG and just two shots on target, plus an additional seven that missed the mark, suggesting an xG built on quantity not quality.

The Blues’ own worst enemy will be themselves here, as there are a number of Chelsea players — Hakim Ziyech, Cesar Azpilicueta, Thiago Silva, and Andreas Christensen, to mention a few — who have fitness concerns. Still, there should be more than enough firepower with Kai Havertz in good form and Romelu Lukaku still looking to contribute even off the bench.

It’s hard to say whether Lille will present a plucky enough challenge to find the back of the net, but Chelsea should come away victorious. Chelsea could play more conservatively, but the Blues could also overwhelm its opponent again, so best to keep things simple here.

The first-leg draw was acceptable, but probably disappointing for a Juventus side that scored in the opening minute of the match. To end up with a 1-1 draw after the early goal could be seen as a missed opportunity.

Dusan Vlahovic remains one of Europe’s most dangerous strikers, but he was held to a single shot after the early goal in the first leg and failed to win a single aerial duel. Meanwhile, his strike partner Alvaro Morata continues to underperform. Without the injured Weston McKennie, plus injuries to Giorgio Chiellini and Paulo Dybala, the door is open for the Spanish side to hand Juve more Champions League disappointment.

Villarreal is on a great little run, going 4-1-1 in its last six league matches. The Yellow Submarine has scored 14 and conceded three over that span, including a 5-1 win over Espanyol on Feb. 27 that saw 19-year-old Yeremy Pino score a whopping four goals in a brilliant performance.

With the midfield duo of Dani Parejo and Etienne Capoue pressing extremely high against Juve last time out and controlling the flow of play, expect Villarreal to produce another shock, this time in Turin against a wounded Juve side. With Vlahovic’s presence and the injuries to the Juve side, both teams finding the back of the net seems reasonable, so we double down on a pair of bets with excellent value to finish with a flourish.

What is Frank Lampard’s record as manager vs. the Premier League’s Big 6?