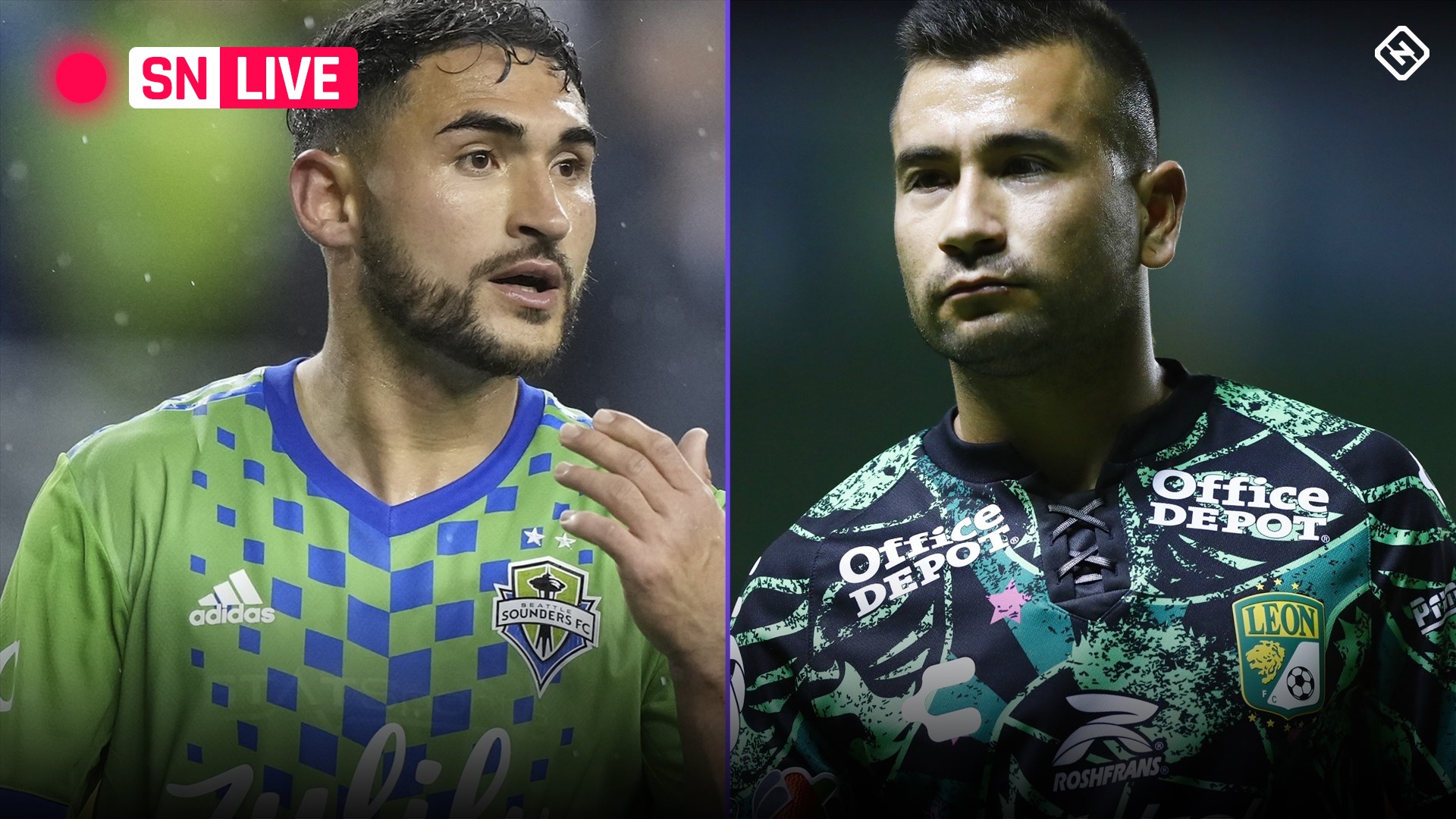 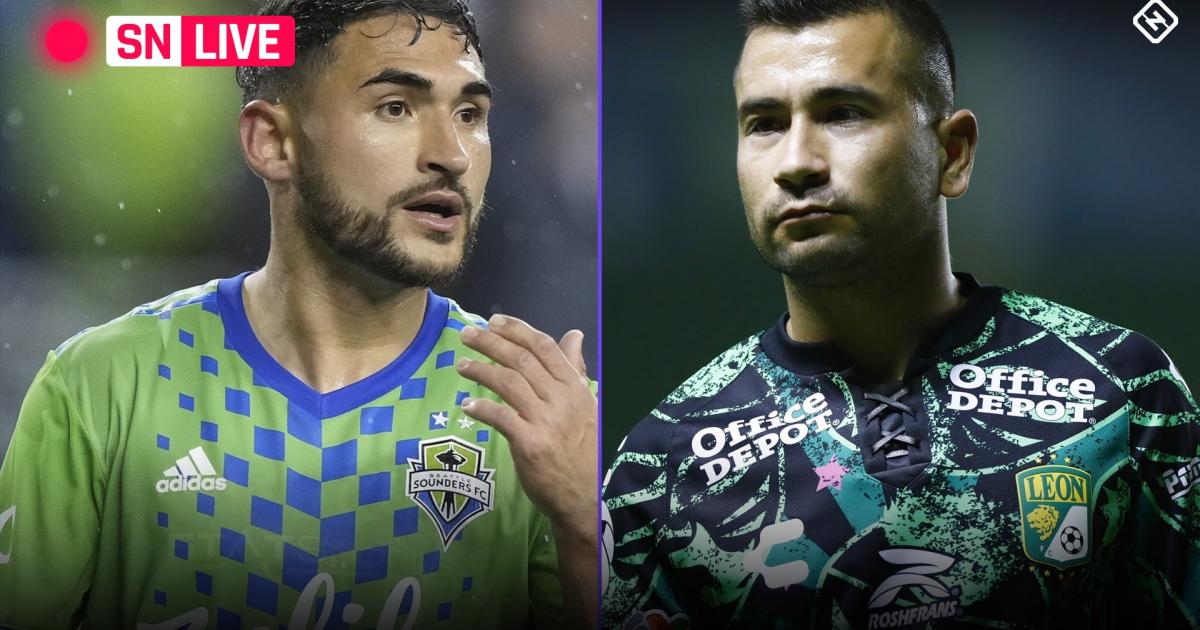 The last time the Seattle Sounders and Club Leon faced off in a match with stakes attached, the clubs produced an entertaining Leagues Cup final. Leon hoisted that trophy after a 3-2 win in September 2021. The Sounders are hoping that experience serves them in good stead.

This time, the Sounders and Leon are going head-to-head in the 2022 CONCACAF Champions League quarterfinals. Neither team has won this competition, and the side that advances will play against MLS Cup champions NYCFC or Guatemala’s Comunicaciones in the semis.

This will be just the fifth official match of the new season for the Sounders, while Leon has played more than double that total, going 4-2-3 in Liga MX play. Despite not looking overly spectacular, Las Esmeraldas still find themselves in fourth place in the Liga MX table, just six points from the top spot.

The Mexican side also had two shutout wins in the Round of 16 of the CONCACAF Champions League against Guastatoya (1-0 and 2-0). Seattle needed a big showing at home against Honduras side Motagua to emerge from the same round after a scoreless draw in Central America.

56th min.: Jordan Morris finds Albert Rusnak wide open in the Leon box and he can’t get the ball on frame! The Sounders are wreaking havoc in transition.

50th min.: The Sounders have looked good to start the second half. A Cristian Roldan cross finds Jordan Morris in the box, but Rodolfo Cota once again is alert.

Santiago Colombatto (for Mena), Elias Hernandez (for Meneses) and Fede Martinez (for Rodriguez) are on. It’s worth noting that Leon have a big Liga MX game against Tigres on Saturday.

Halftime: It was the perfect first half for a Seattle team missing several key players against a fourth-place Liga MX side. Joao Paulo is owning the midfield, and his sidekick Obed Vargas is allowing the Brazilian to push high. After a slow start, Fredy Montero buried a penalty kick and then made a perfect forward’s run on the second. Cristian Roldan was key on both goals, drawing the penalty and delivering the first-time cross on the second.

Leon will be looking for at least one goal in the second half, while Seattle’s mission will be to get one more and keep the shutout. (Total away goals are the tiebreaker.)

39th min.: Goal Sounders! Montero with a second. The Roldan brothers combine down the right and Cristian again the catalyst – he whips in a quick cross and Montero’s there at the edge of the six-yard box to put it home.

36th min.: What a chance for Leon! Angel Mena controls nicely in the box and goes to his left foot, but the shot is weak and Stefan Frei stops it low. The Sounders don’t want to see Mena with the ball at his feet in the box. He can make something out of nothing.

31st min.: Goal Sounders! Fredy Montero sends Rodolfo Cota the other way. Great penalty and the Sounders get off on the right foot.

Montero converts the penalty to give @SoundersFC the lead over Leon! 💪 🔥 pic.twitter.com/9zJyccZpzz

29th min.: Penalty Sounders! Angel Mena rams into the back of Cristian Roldan who beats him to a ball in the box. Fredy Montero set to take it.

27th min.: What a ball by Joao Paulo (again) to Albert Rusnak in the box. But the Seattle midfielder wasn’t aggressive and didn’t attack the ball. Between the defender and the goalkeeper converging, Rusnak wastes the chance.

Sounders come close to scoring the opener against Leon 👀 pic.twitter.com/crlzjYCH2z

22nd min.: Beautiful through ball by Joao Paulo for a run behind the defense by Jordan Morris, but Leon goalkeeper Rodolfo Cota beats him to the ball. The Sounders are threatening when they’re getting around the Leon box.

19th min.: Yellow for Seattle’s Nouhou for a shove that stopped a promising Leon attack on the corner of the Sounders box. Mosquera went down, but he did well to get in behind.

14th min.: That man again, Joao Paulo with a set-piece into the box and Fredy Montero doesn’t get a good header on it. It was shaping up to be a decent play. Montero doesn’t look sharp to start this game.

10th min.: Seattle’s Joao Paulo makes an important defensive intervention in his own box. He’s already all over the field.

5th min.: Lively start to this one with both teams exerting the press and having some success. It’s making for a chippy game so far.

Prior to the match, both teams stand silently against the violence during the Queretaro match.@sounderatheart pic.twitter.com/XzOoWdn7xQ

9:50 p.m.: A reminder that away goals is the tiebreaker in the CONCACAF Champions League and the Sounders will not want to concede.

Both teams rested players during league play on the weekend ahead of this first-leg match at Lumen Field in Seattle.

Key players Cristian Roldan and Jordan Morris all were held out of the starting lineup in the most recent MLS match so they could be at their best here. The Sounders will need them with influential midfielder and captain Nico Lodeiro (adductor) missing out along with key forwards Will Bruin (calf) and Raul Ruidiaz (hamstring).

Leon has its own key absences with starters Omar Fernandez, Osvaldo Rodriguez and forward Santiago Ormeno all out. Their forward line is still plenty dangerous with experienced attackers who will cause problems.

How to watch Seattle Sounders vs Leon

Tuesday’s CONCACAF Champions League quarterfinal first leg between the Seattle Sounders and Leon from Lumen Field will be broadcast on FS1 (English) and TUDN (Spanish) in the USA.

Both those channels can be streamed on fuboTV in the USA and new users can take advantage of a free trial.

The match is also available on fuboTV in Canada, which carries the Champions League through OneSoccer.