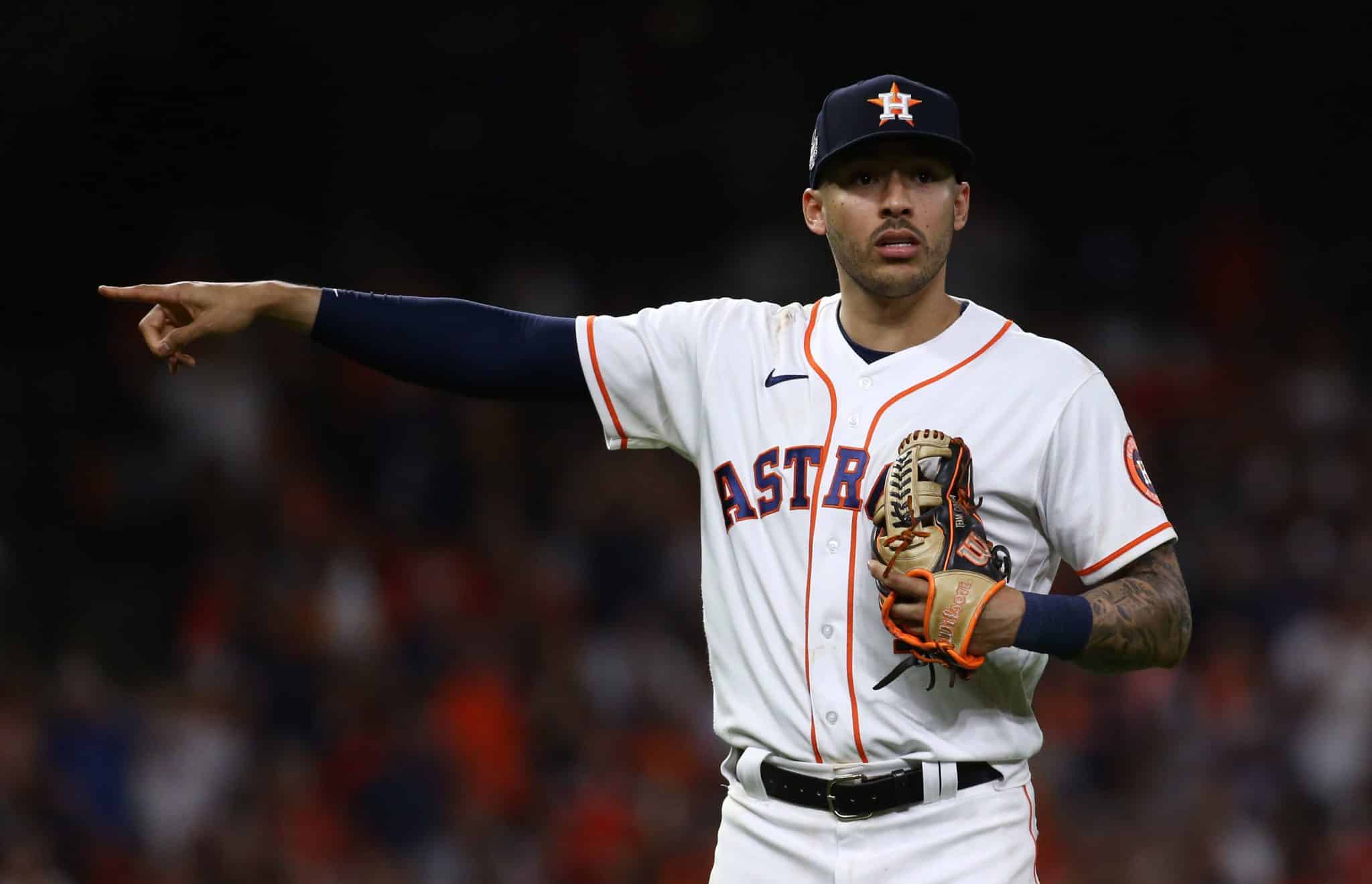 The New York Yankees have a hole at shortstop and don’t necessarily need Carlos Correa to fill it.

New York Yankees fans have a complicated relationship with free agent Carlos Correa, and it shows.

One minute, they’re bashing the terrible, awful, disgusting, cheating Houston Astros and Correa downplaying the scandal. Maybe there’s even a potshot about his lengthy injury history too.

The next, however, they’ll sing his praises as an elite hitter, even more elite fielder at shortstop, and demand Brian Cashman break into the Federal Reserve if it means signing him.

It may all be for nothing. MLB.com’s Jon Morosi reports the Chicago Cubs are “among the favorites” to sign Correa. Given how quiet the Yankees were in free agency before the lockout, this will only frustrate fans growing more and more restless.

The fact of the matter, though, is the Yankees really need a shortstop. First base is also a need, but Luke Voit is at least a good enough fallback option. But with Gleyber Torres moving to second and shifting DJ LeMahieu to third, suddenly asking Gio Urshela to switch positions is a lot.

Let’s take a look at some good solid shortstops besides Carlos Correa who, regardless of how first base shakes out, would be great fits for the New York Yankees.

Like Correa, Trevor Story can do it all. He has a career +69 defensive runs saved (DRS) at shortstop and has strong right-handed power at age 29. Be it from the Yankees or some other team, he will be paid well.

However, there are some concerns with Story’s bat. He’s spent his whole career up until now playing for the Colorado Rockies at Coors Field. He has hit .303 in Denver’s friendly confines compared to .241 on the road. Yankee Stadium’s short porches could help him, but there is indeed some risk.

It should also be pointed out that the New York Yankees don’t necessarily need to invest big money in a Carlos Correa or Trevor Story type. Anthony Volpe and Oswald Peraza are two highly-regarded shortstop prospects, and Volpe is already drawing certain comparisons.

Thus, instead of investing hundreds of millions of dollars and mortgaging the future again, the Yankees could easily go short-term. Andrelton Simmons isn’t much of a bat, but makes it up with his glove tenfold. Moreover, Jonathan Villar’s switch-hitting would rebalance the lineup in case Anthony Rizzo leaves in free agency.

Or, if all else fails, the New York Yankees can try Gio Urshela at shortstop and hope for the best. He needs a bounceback year too and while switching positions is a lot to ask of him, but such is the Yankees’ infield. If he takes to the position, great. If not, he’s easy enough to trade to a team who’ll stick him back at third base.

All this being said, the Yankees really shouldn’t worry about this until other options are explored. Maybe first base should even be resolved first. Regardless, the point remains the same.