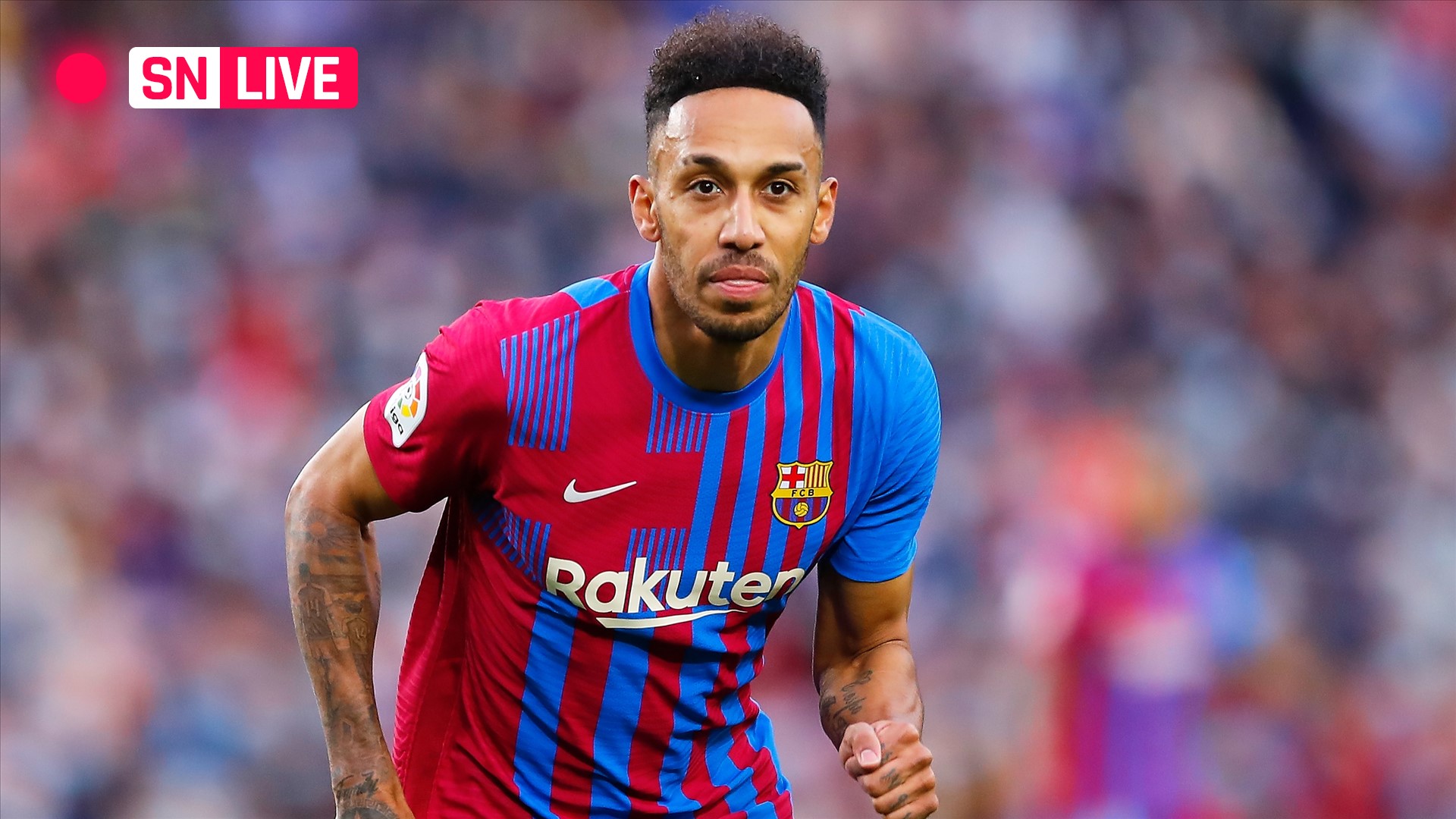 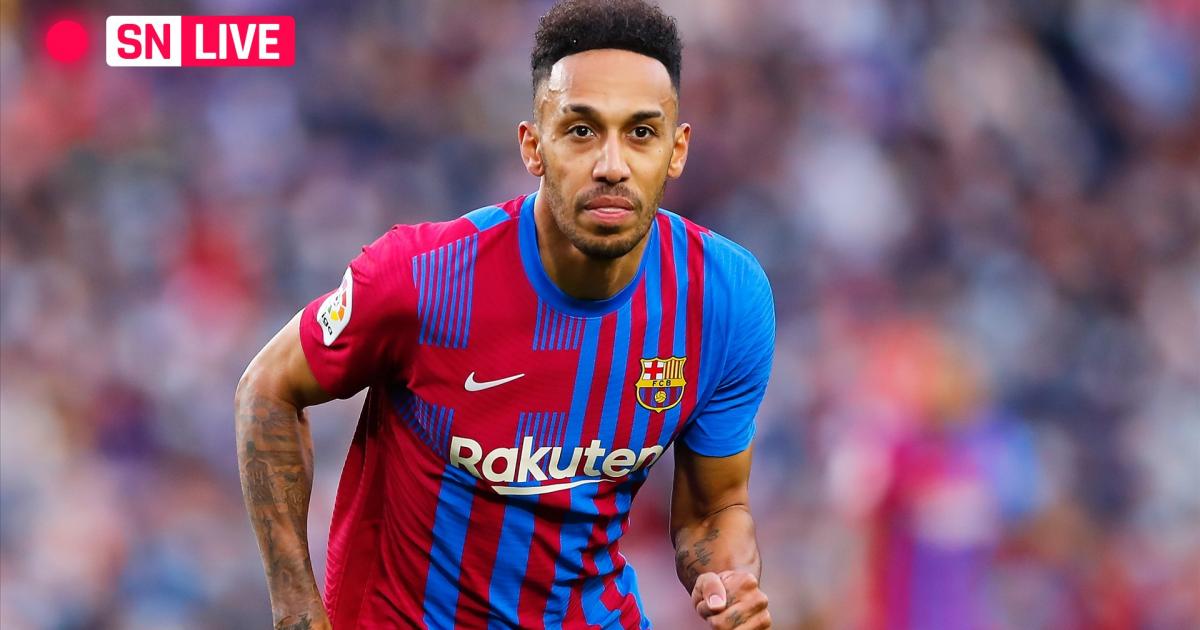 Barcelona will hope to make it four La Liga wins in succession against Osasuna on Sunday as Xavi Hernandez’s team continue their top four charge.

The Catalans come into the match on the back of a disappointing 0-0 draw against Galatasaray in the Europa League, but are in the midst of a three-game winning run in La Liga.

Xavi’s side look to have turned a corner in recent weeks with January transfer window additions Pierre-Emerick Aubameyang, Adama Traore and Ferran Torres all making a difference.

MORE: Why European matches are starting later this weekend

Meanwhile, Osasuna arrive at the Camp Nou in 11th place in the La Liga table, comfortably away from danger. Can they cause an upset against Barca?

3:31 p.m.: Barcelona hasn’t had any one player carry the side this season, but without a talisman, the entire squad has chipped in. They’ll need a leader today as the squad pushes for a return to the top four.

2:45 p.m.: Lineups are in. Despite almost certainly leaving this summer, Ousmane Dembele starts on the wing for the second match in a row, with Adama Traore again on the bench to begin proceedings. Expect to see the Spanish powerhouse at some point, as he’s been stellar off the bench since joining. Frenkie de Jong is on the bench with Pedri and Gavi both in midfield, while American full-back is also sat with Dani Alves and Jordi Alba preferred.

For Osasuna, Iker Benito comes into the attack in place of Chimy Avila in a 4-3-3 setup, although that could change to a 4-4-2 depending on how 22-year-old Javi Martinez — in his second consecutive league start — is deployed.

2:33 p.m.: Barcelona striker Pierre-Emerick Aubameyang is in great form since joining the Spanish side, but his old striker partner at Arsenal is also — interestingly — doing quite well since the Gabon international departed The Emirates…another goal for Lacazette today, this time from the spot. Were they holding each other back?

Since Aubameyang signed for Barcelona:

2:00 p.m.: Good afternoon and welcome to Sporting News’ live coverage of the La Liga fixture between Barcelona and Osasuna. Xavi Hernandez’s team are in good form at the moment – can they continue that with another victory against mid-table opposition?

Xavi may be on the touchline for Barcelona now, but he has some memories facing Osasuna from his days as a player.

Xavi has a few selection issues to contend with ahead of this game. Samuel Umtiti is set to miss out, while a muscle problem will see Sergi Roberto ineligible. Ansu Fati is also recovering from a thigh injury, and will also be unavailable.

Alejandra Balde is also out, due to an ankle injury, while Nico won’t be available due to suspension. With this game coming in between two ties of their Europa League campaign, it remains to be seen how much Xavi will rotate during this game.

Osasuna are expected to head to the Camp Nou with just one absentee, as Jesus Areso misses out with a wrist injury. Aside from that, Jagoba Arrasate should have a full squad to choose from.

How to watch Barcelona vs. Osasuna

USA: The match will be available to stream on ESPN+ for viewers in the US.

Canada: The match will be streamed on TSN.ca and the TNS app for Canadian viewers.

MORE: Why is Barcelona playing in the Europa League?

Osasuna have struggled scoring away from home in the La Liga this season, and that seems unlikely to change with a trip to Barcelona. The last five away matches have seen Osasuna shut out three times, producing an xG total under 1.0 in all three matches.

Barcelona, meanwhile, hasn’t lost in league play since early December, with three wins in a row and seven in their last nine. Over its last three matches, Barcelona has put together xG totals of 2.47, 3.24, and 4.09, a collective 9.80 xG with 10 goals scored.

A moment that will remain in the history books of @FCBarcelona! 💙📚❤️#BarçaOsasuna pic.twitter.com/GHEIHJR6T7

There will, however, be Barcelona players in the side feeling fatigue, and Xavi may consider resting one or two of his key men. Although Barca have been scoring with regularity at home, Xavi will look to close the game down and bring off tired legs if his team get a couple of goals. Sure enough, Xavi has rested Frenkie de Jong and Memphis, with Adama Traore on the bench to spell anyone needing a breather.

Commissioner Gary Bettman on Joel Quenneville, Kevin Cheveldayoff and what’s next for the NHL