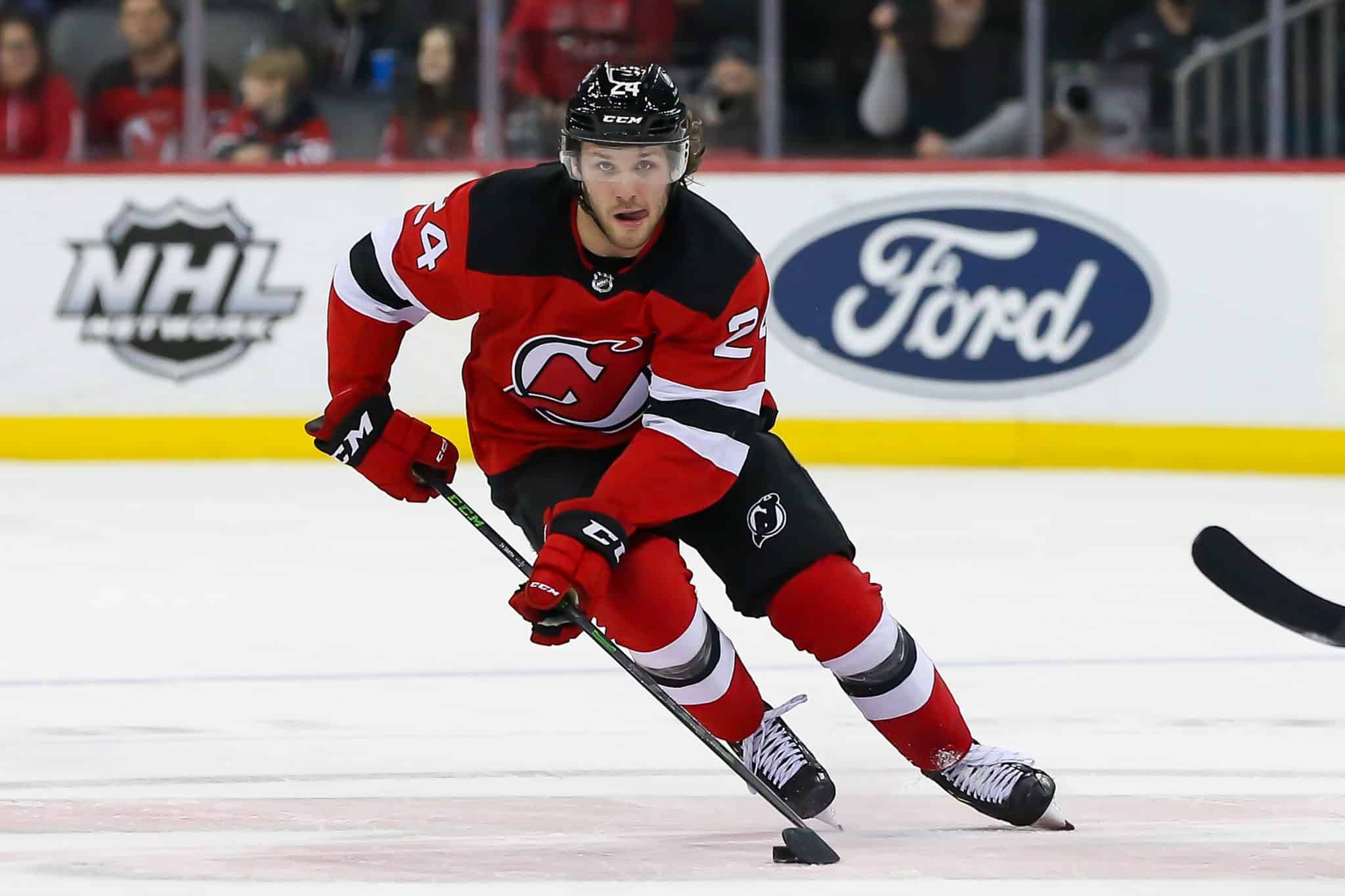 Devils fans have been waiting all season to see Smith play at this level.

Another successful week is in the books for the New Jersey Devils and it’s a shame it took them so long to start playing so well.

One of the highest-scoring teams in the league now has decent goaltending, something that’s been killing them all season long, and is winning games.

Nico Daws may not have been one of the team’s absolute best players this week, but he’s been someone the Devils have lacked all season- a serviceable goalie.

This was a celebratory week for the Devils for reasons other than their wins, too. The Devils celebrated Travis Zajac for playing 1,000 games on Thursday since there were no fans in attendance when he actually skated in his 1,000th game.

A Devil for life. pic.twitter.com/Ms1r0dtnki

And on Saturday, Lindy Ruff moved into fifth all-time in games coached with 1,608.

Climbing the ranks. Congrats Coach on your latest milestone! pic.twitter.com/E6vh8nM68e

Once again, many Devils looked great this week, but the young Ty Smith stood out the most.

(Check out last week’s player of the week and honorable mentions here.)

What a season this has been for Smith. He was incredibly impressive during his rookie campaign last season, emerging as a young defenseman with a very high ceiling.

Big things were expected of him in his sophomore season, but things haven’t been going great for him.

Smith was out for some time with an injury and really struggled in many of the games he played. As a result, he’s been a healthy scratch on multiple occasions.

Smith was one of the team’s worst players for a good chunk of the season, but that doesn’t seem to be the case anymore. No one expected Smith to be the Devils’ player of the week at any point this season, but here we are.

Smith was outstanding up and down the ice in Week 21. He played a strong offensive game, scoring a goal and making his presence known in his opponents’ zone.

Ty gets the boys within 1. pic.twitter.com/HtxUgjzPie

This week has really been about his defense, though. Smith has looked disastrous in his own zone for the majority of the season, but was outstanding at the blueline and stood tall.

Smith has been spending time alongside veteran P.K. Subban and the two are having a positive impact on each other. Subban has had a decent overall season, but has really improved since partnering up with Smith.

This was a crucial week for Smith, who’s had his fair share of struggles this season, in terms of play and confidence. Devils fans should be encouraged and excited by what they’ve seen from Smith lately, which has culminated with this honor.

New Jersey Devils Player of the Week (Week 8): Tomáš Tatar proves his worth