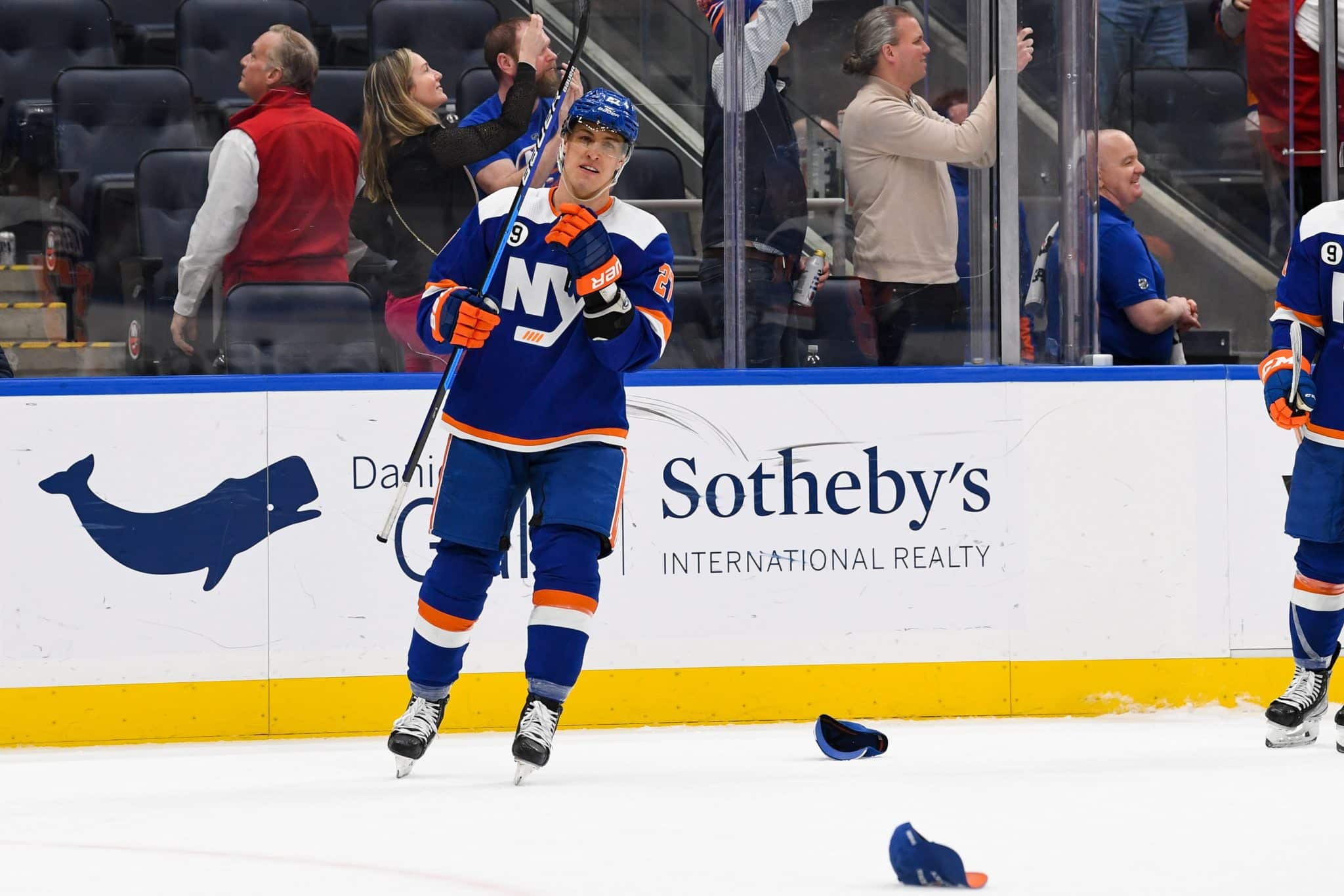 The captain shined in his best week of the season.

The New York Islanders were rocking and rolling in Week 21, winning three out of the four games they played and gaining some momentum. The playoffs remain a reach, but nothing is impossible if they keep playing as they did this week.

They also got veteran defenseman Zdeno Chára as well as star center Mathew Barzal back after both suffered injuries not long ago.

Several of the Islanders’ wins this week were dominant ones and that was the result of many players playing incredibly well. Captain Anders Lee, who was the NHL’s third star of the week, was the best of all.

The above numbers speak for themselves. Lee was absolutely tremendous this week, scoring goals in all four games (seven total!).

It’s incredible that his 6.43 Game Score, his highest of the season in which he scored his first career hat trick, wasn’t the highest of any player that game.

Pelech with the pump fake and the pass.

Lee with the goal. pic.twitter.com/2EUdByVVA3

Lee off the rebound! pic.twitter.com/2VQhqMEyFn

With 2 seconds left in the third, The Captain got his first hat trick.

Listen to the call ⬇️ pic.twitter.com/47kivHtR3x

The game against the Avalanche was special for the captain, too: he scored his 199th and 200th career goals in that one.

Lee wasn’t spectacular in his own zone, but his unbelievable offensive play definitely made up for it and attracted the attention of the entire league.

Lee showed us all why he’s the team’s captain and why he’s such a phenomenal player for the Islanders this week.

He played on the third line against the Avalanche but finished off the week back on the top line alongside completely different players, thriving in both situations.

Anthony Beauvillier, the team’s second-best player this week, played on Lee’s line for the final three games of the week and was able to do so well partly because of Lee’s superb play.

Any player replicating what Lee did in Week 21 is unlikely, but having guys step up in a similar manner is the hope and will be crucial if the Islanders hope to maintain this playoff push.

#24 with the play that setups up Palmieri for his second goal tonight! pic.twitter.com/YB3Tf0JIEc