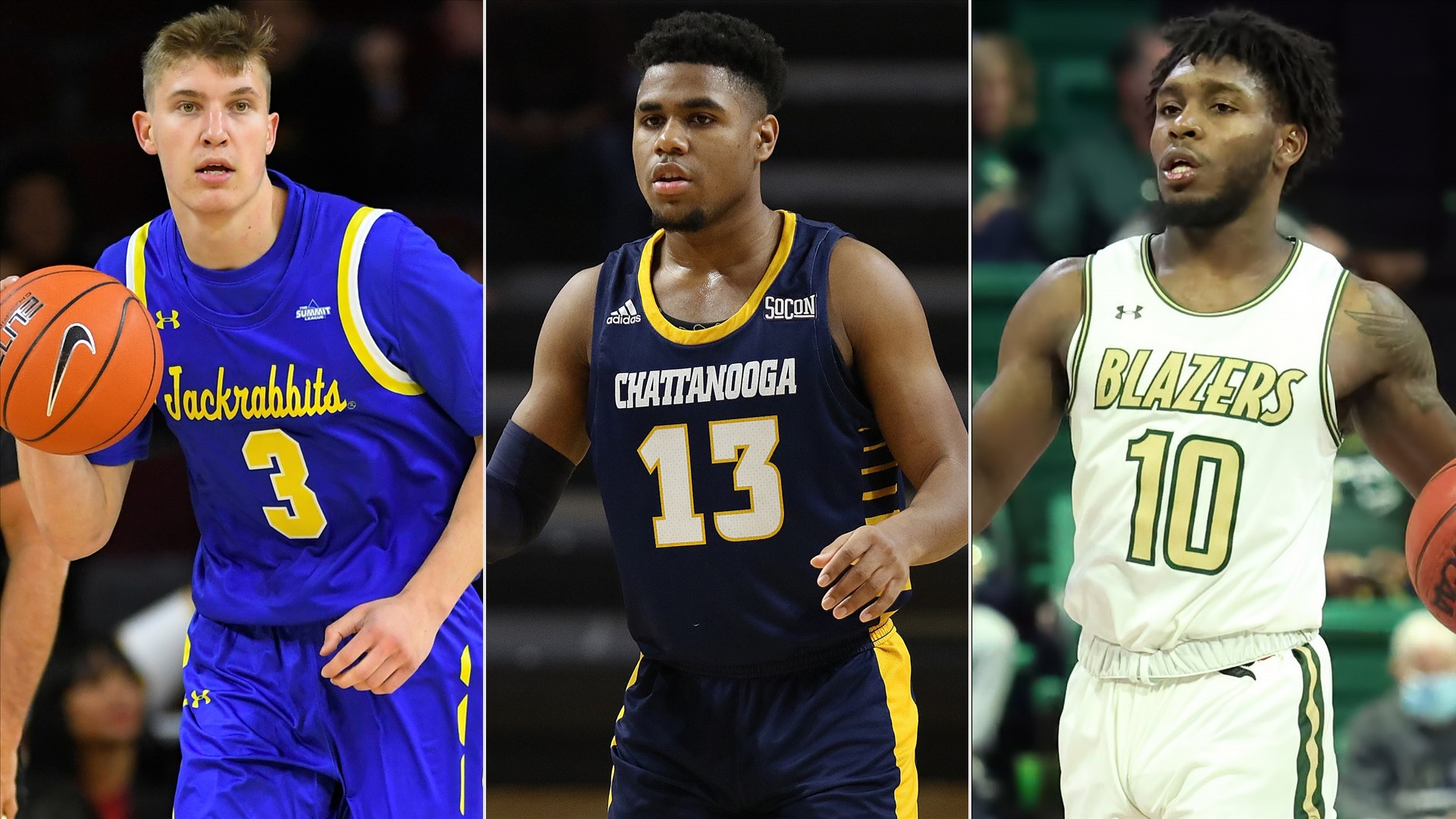 Stars are made in March Madness and those players don’t always emerge from the teams you would expect.

It’s easy to gloss over some matchups between high- and mid-major schools, assuming it’s safe to advance the more well-known team without a second thought.

That’s where the bracket-busters come to the forefront, as we have seen in years past when unexpected teams make a magical run.

Remember that Stephen Curry kid from Davidson a few years back? Of course you do.

Who could become this year’s Cinderella star that sets brackets aflame across the nation? Take a look at five prime candidates below.

Scheierman is the do-it-all guard for a South Dakota State team that has won 21 consecutive games going into the NCAA Tournament. Averaging 16.2 points, 7.8 rebounds, 4.6 assists and 1.4 steals per game, Scheierman dominated The Summit League all season long, earning the conference’s Player of the Year award and second-consecutive All-Summit First Team honor.

South Dakota State will be a popular upset pick against Providence, which makes sense considering they haven’t lost in three months and will have the best NBA prospect on the court at their disposal in Baylor Scheierman. pic.twitter.com/tTcKOAj20b

Scheierman has scored over 20 points in 11 different games for the Jackrabbits this year but his impact goes well beyond how many points he drops. He’s an elite rebounder, tallying 11 double-doubles on the season. He had 18 (!) games with five or more assists and flirted with triple-doubles on multiple occasions.

He is knocking down a ridiculous 47.3 percent of his 3-point attempts and it’s not a small sample size either, attempting 5.0 per game.

His No. 13-seeded South Dakota State team is a real threat to upset No. 4 Providence.

MORE: Providence or South Dakota State? Who should you pick in your March Madness bracket

Smith may not have been the player who hit the miraculous buzzer-beater to punch Chattanooga’s ticket to the big dance, but he was the best player in the Southern Conference all season.

Taking home SoCon Player of the Year and the SoCon Tournament’s Most Outstanding Player award, Smith swept the conference’s highest honors. Averaging 20.1 points, 6.7 rebounds, 3.1 assists and 1.7 steals per game, Smith stuffs the stat sheet on a nightly basis for the Mocs.

He poured in 25 points to go with 11 rebounds in the SoCon semifinals to help his team advance to the championship game. In one of their toughest non-conference matchups against Murray State earlier in the season, Smith went for a season-high 36 points on 14-of-17 shooting from the field. And that was one of two 30-point games this year.

Smith just might be the best player you’ve never heard of in this year’s NCAA Tournament.

Walker was nothing short of incredible for UAB in their run to earn an NCAA Tournament bid.

“Jelly,” as he goes by on his Twitter handle, put the nation on notice when he went off for 40 points to help lead the Blazers past Middle Tennessee in triple-overtime to advance to the C-USA championship.

Jordan Walker puts on a scoring clinic as he drops a 40 piece in triple OT to lead UAB to the CUSA Championship game😤 @jellyfam_j
(Via @cbssportsnet ) pic.twitter.com/TC0E5CcSLV

He stayed hot in the title round, going for 27 points on just 11 shots to punch UAB’s ticket to March Madness. This was nothing new for the junior transfer, who had games of 36 and 42 points during conference play this season. He was a walking highlight reel, including game-winners among endless buckets given out to the C-USA.

No. 12-seeded UAB will have No. 5-seeded Houston on upset watch.

Lee came out of the gate on fire this season with his 32-point, 14-rebound game against Charlotte setting the tone for Davidson. He did hit a bit of a cold spell during conference play but the junior guard still had seven 20-point games.

He snapped his cold streak in February with three-straight 20-point games – including a 29-point outing against Saint Louis – and still did enough to earn Atlantic-10 First Team honors. He was once in consideration for the conference’s Player of the Year award, but that eventually went to his teammate, Luka Brajkovic.

Lee will be playing hungry in the NCAA Tournament after scoring just five points on 1-for-9 shooting in the conference title game, where Davidson coughed up the A10 championship to Richmond by just two points.

If the Wildcats pull off a first-round upset over Michigan State, you can bet it will be because Lee finds his groove and gets going once again.

He averaged 17.2 points and 5.7 rebounds per game while shooting an efficient 59.0 percent from the field and 42.3 percent from 3-point range, leading Vermont to a near-perfect 17-1 conference record.

His inside-out game makes him a threat to opposing defenses and his numbers could have been even more impressive, but he only played 26 minutes per game because the Catamounts often built a lead early and didn’t need their starters to close games.

Arkansas’ frontcourt will have their hands full trying to contain the senior big man.