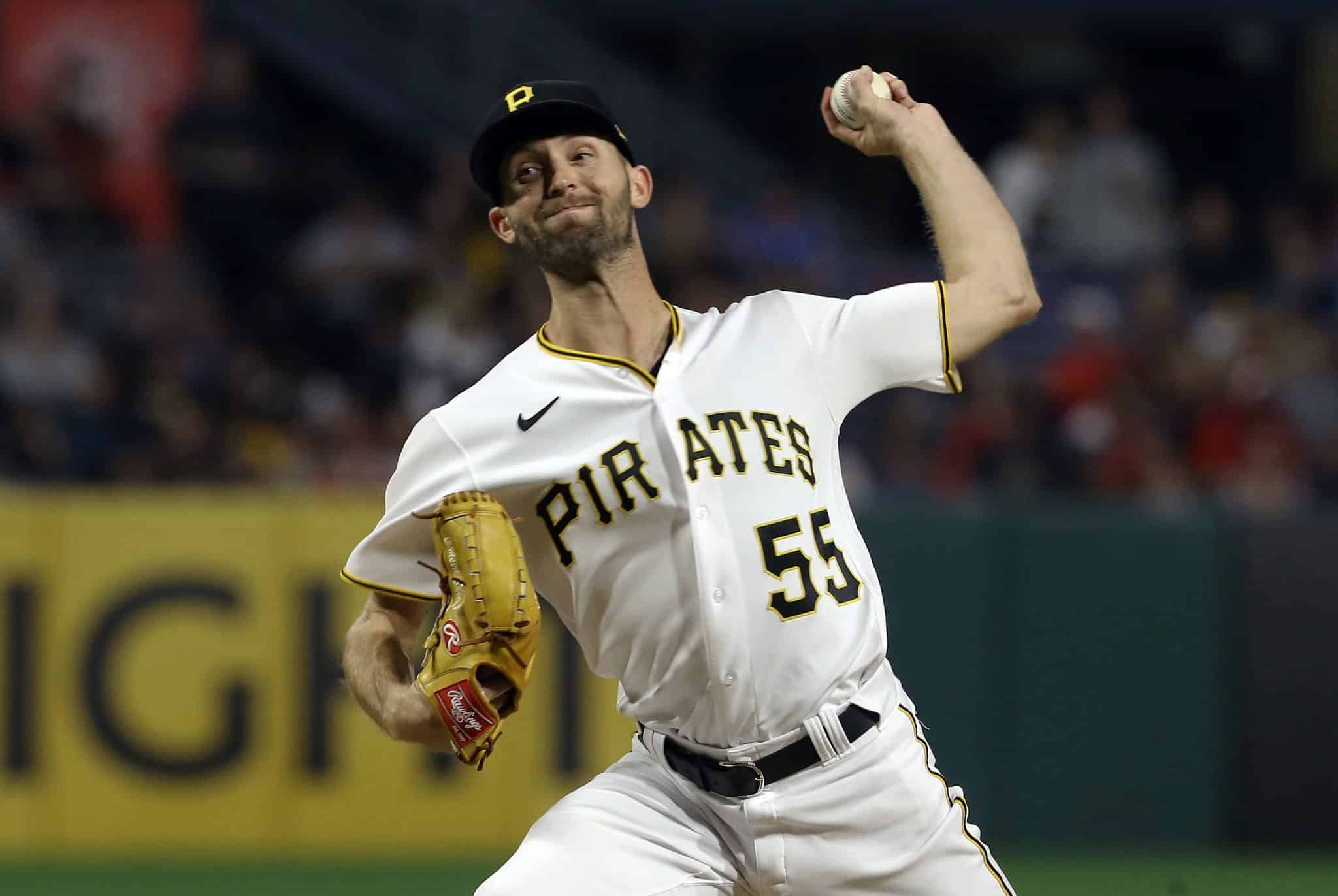 They needed one — one — lefty in the pen.

The New York Mets began the day without a left-handed reliever on the 40-man roster. With the market already slim of left-handers, it was a tad unsettling when it was announced that top remaining lefty Andrew Chafin signed with Detroit.

However, the Mets responded with reportedly signing arguably the best remaining option. That being former Met, Chasen Shreve. Worth noting, Shreve’s reported contract with the Mets is a minor league deal.

Coincidentally enough, Shreve was one of the names we examined last month as a possibility for the Mets. You can read that now out-dated article here.

Shreve has been good

He was non-tendered, a tad surprisingly, following the season and granted free agency.

Shreve signed a deal with the Pittsburgh Pirates and turned in another solid season last year. He pitched 56.1 innings for Pittsburgh and posted an ERA of 3.20 and xERA of 3.84. His ERA+ of 132 was a career-high.

For reference, this mark would have ranked fifth among all Mets’ pitchers last season (minimum 40 innings pitched). Shreve, as he did in 2020, was tough on left-handed batters holding them to a slash line of .200/.289/.344.

What type of pitcher are the Mets getting?

The issue with Las Vegas native is since he entered into the league he has had walk problems. He has had a walk rate above 10% in every season since 2017. To put it into perspective, he usually ranks around the league’s 15th percentile each year. Furthermore, a lot of Shreve’s 2020 success came via the ability to strike batters out.

This evident as he posted a career-high 33.3% strike out rate. That number plummeted to 19.2% (only 45 strikeouts in 56.1 innings in 2021) and Shreve’s success was derived from generating soft contact instead. Another possible concern is Shreve was not able to generate the soft contact he did last season during his tenure with the Mets. So, if he is unable to strike hitters out again and the soft contact woes return, how effective will he be?

Well, luckily, 2020 was the only season he wasn’t able to generate the soft contact. Almost every other season he was able to do so, which is a good sign. Furthermore, outside 2021, he has always had strike out rates in the 20-30% range. So the likelihood he struggles in both areas this season seems very unlikely.

As for his arsenal he throws three different pitches. His four-seam fastball sits around 92 MPH and was thrown 40.2% of the time last season.

He also throws both a splitter and slider that each sit around the 81-83 MPH-range. He threw the split-finger 36.9% of the time last season and slider 22.9%. His split-finger appears to be his best pitch as it has generated xBA of .210 and below in each of his major league seasons besides 2019.

What should you expect from him this season?

Shreve should pitch to an ERA in the mid-to-high 3.00s. The better he controls his walk issues, the lower that ERA should get. He should also continue to be strong against left-handed batters as his career slash line against lefties of .222/.319/.428 indicates.

The interesting aspect to follow is if he can get that strikeout rate back up. If so, he can become even more effective. Overall, a terrific value get for the Mets. Especially given where the left-handed reliever market was at.

State of the Bullpen

As it stands, the Mets’ bullpen is projected as such:

Even though Shreve was reportedly only signed to a minor league deal, given he is the only true major league left-handed reliever, it appears likely he makes the roster. As the above shows, this likely leaves one empty spot.

Will the Mets fill it with a Tylor Megill or David Peterson type? Someone who can eat innings or make the occasional spot start needed. Or will they turn to the open market once again?

Of remaining free agents, the following may be enticing to the Mets if they chose to go that route:

There are a plethora of additional options, however, they are relatively weak. Not that all of the above are strong per se. Worth pointing out, it would be relatively surprising if the Mets signed either of the bigger arms in Jansen or Tepera.