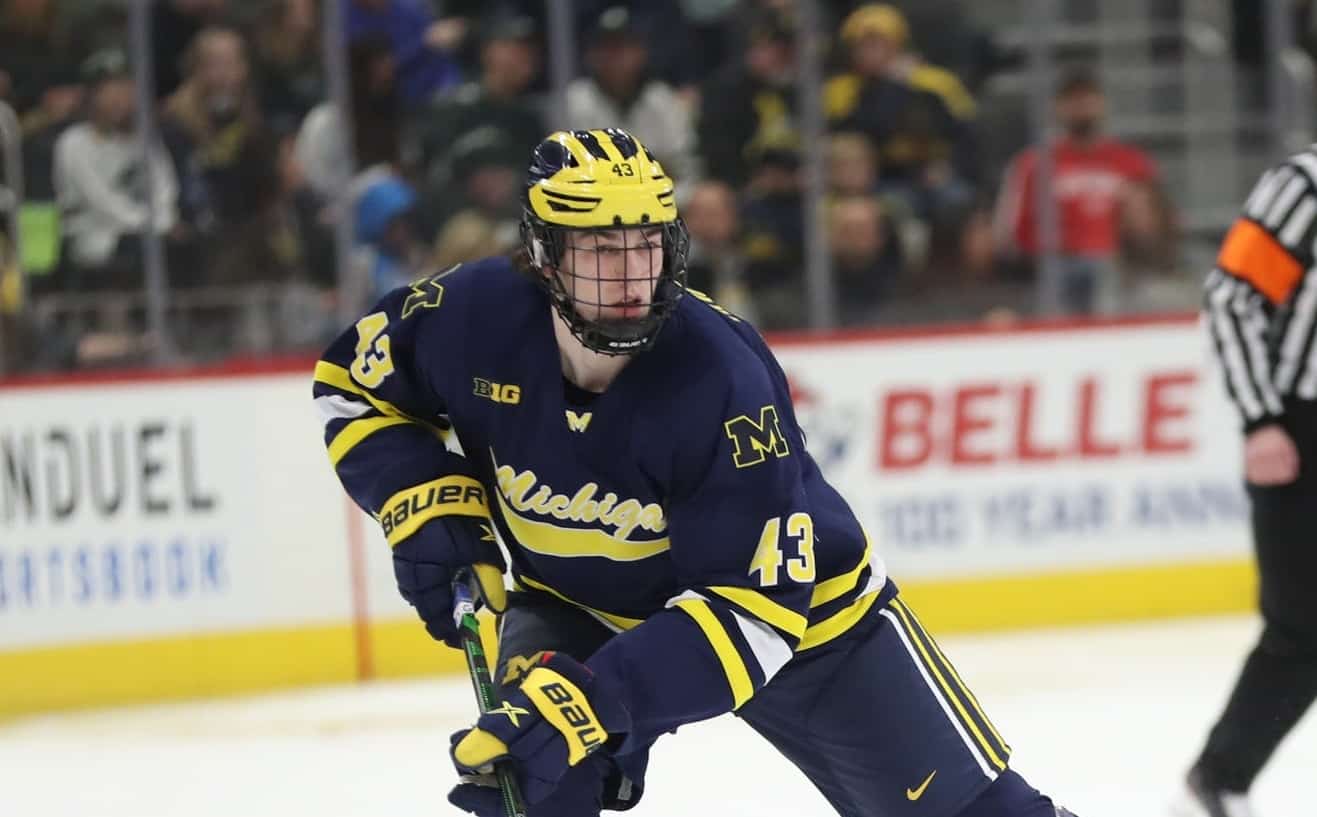 Hughes named one of ten finalists for college hockey’s Heisman.

The New Jersey Devils and their fans have yet another reason to get excited about their top prospect, LHD Luke Hughes.

The fourth overall selection in the 2021 NHL Draft has enjoyed a phenomenal first season at the University of Michigan on a loaded Wolverines squad that features a number of recent top NHL draft picks including Matty Beniers and Owen Power.

On Wednesday, Hughes was recognized for his tremendous season as one of the ten finalists for the Hobey Baker Award, which is given to the top college hockey player in the nation each year.

Hughes has scored 17 goals and 36 points in 37 games this season and has been a force at both ends of the ice for Michigan.

His Michigan teammate, Matty Beniers, is one of the other nine finalists.

The 18-year-old brother of Devils’ star center Jack is giving the organization a lot to be excited about even though it appears that the Devils are in no rush to get him to New Jersey.

Only two freshman have ever won the Hobey Baker Award: Jack Eichel in 2015 and Paul Kariya in 1993. Hughes is the first freshman to be named a top-10 finalist since Matt Galadja in 2018.

The winner of the Hobey Baker Award will be named on April 8.