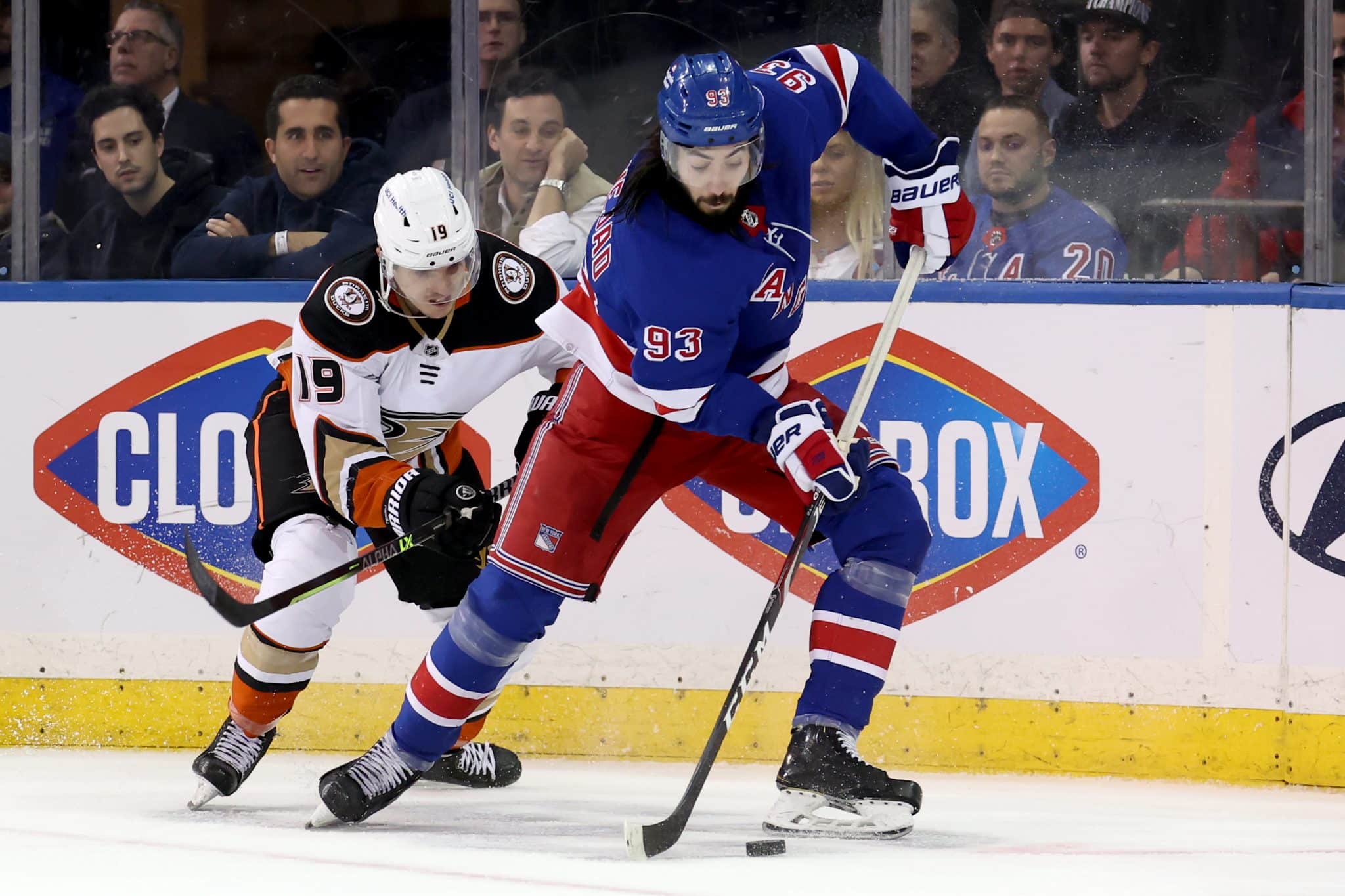 Zibanejad and the Rangers’ top guys shine in a huge week for the Blueshirts.

The New York Rangers were already one of the best teams in the league, but made a statement with three wins in Week 22. They didn’t look their best against the Anaheim Ducks on Tuesday, but did come away with the win in overtime.

They lost to their rivals, the New York Islanders, but the effort was there and they played a strong game.

They left that tough loss behind in their next game against the reigning Stanley Cup champions, the Tampa Bay Lightning, which they won with seconds left in regulation.

It seemed like a win the next night against the even more dangerous Carolina Hurricanes would be unlikely, especially since Igor Shesterkin wouldn’t play, but Alexandar Georgiev gave us a goaltending performance for the ages.

It was a Henrik Lundqvist-like feat in which Georgiev made 44 saves for the shutout. During the week, the Rangers also traded for forward Frank Vatrano, who has settled in comfortably and looks right at home already.

The Rangers weren’t always perfect on the ice this week, but the top guys came through on multiple occasions. The most notable of them all was Mika Zibanejad.

Zibanejad’s numbers on the week aren’t jaw-dropping and he’s done better in the past, both offensively and defensively, but no Ranger had a better week than he.

Since 2017-18, no player has scored more goals in the month of March than Zibanejad and his outstanding month continued. He notched two assists as well as two goals, one of which won the Rangers the game against the Lightning.

Zibanejad was a top-three player for the team twice this week and his solid play had a positive impact on his teammates, as well. He looked good on the power play and his play at even-strength allowed his linemate, Chris Kreider, to also have a good week.

It’s relieving to see Zibanejad play with such consistency over the past few months because if the Rangers want to win, they’re going to need him to produce at this level.

2021 NHL Draft: Who do the experts think the Devils will pick?