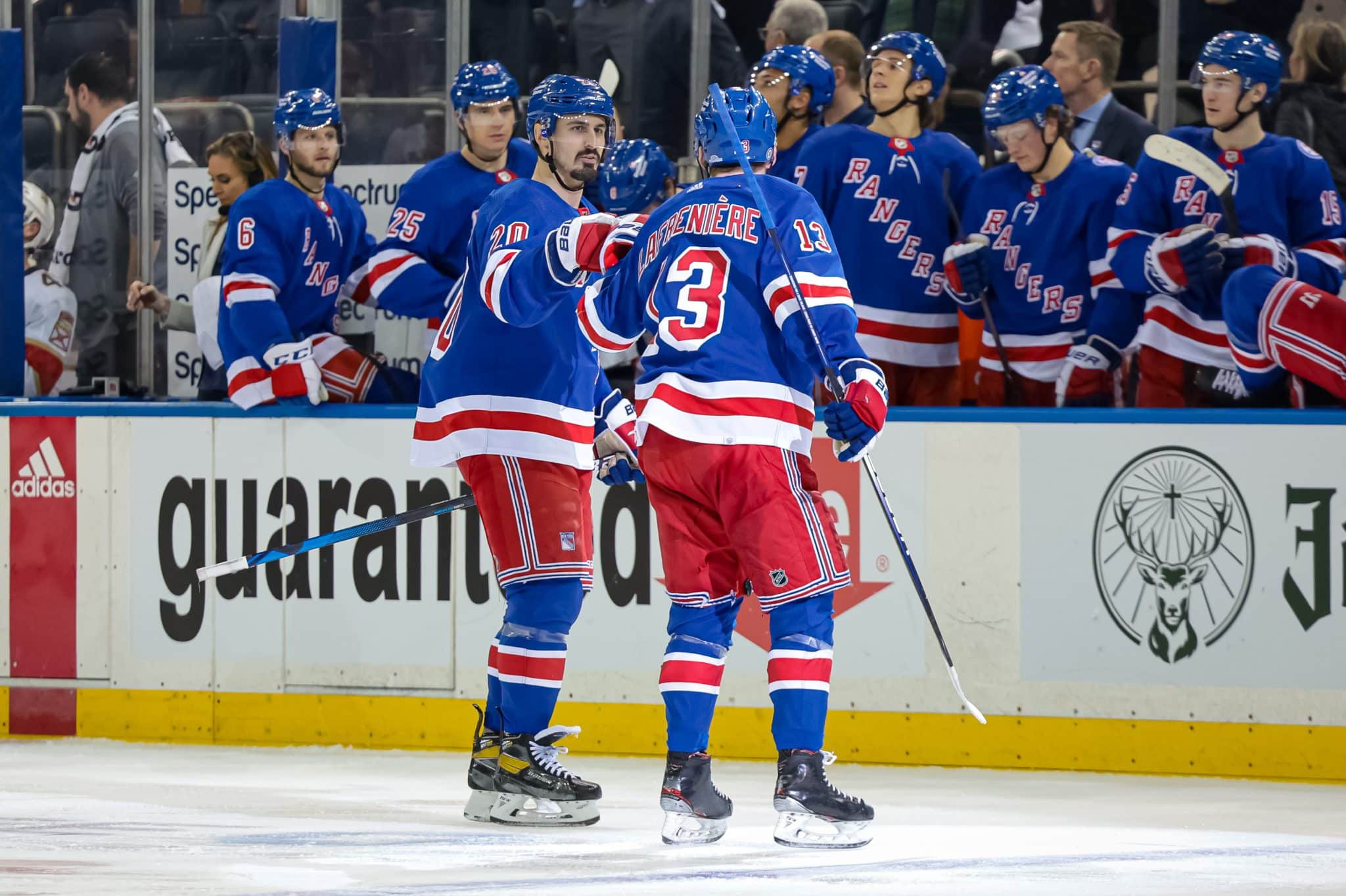 The past few days around the NHL have seen some enormous trades by contending teams. But nothing from the New York Rangers. Not yet, at least.

Entering Monday, the Rangers are tied with the Penguins for second in the Metropolitan Division, three points behind Carolina.

The Rangers have a really good team. Their defensive group is as good as it gets in the NHL, and their forwards are solid. They aren’t scoring at will like other teams, but their goal suppression has been terrific all season; the Rangers rank third in the NHL, allowing 2.51 goals per game.

But the other top tier teams in the Eastern Conference have been incredibly active ahead of the deadline.

Over the weekend, the Lightning made a series of moves. Their biggest was the huge haul they traded to the Blackhawks for Brandon Hagel. They’ve also added center Nick Paul from Ottawa.

The Maple Leafs made a big deal with the expansion Kraken, bringing “home” former Flames and Kraken captain Mark Giordano to bolster their blue line; they also acquired forward Colin Blackwell in that deal.

The Bruins added defensemen Hampus Lindholm and Kodie Curran in a big trade with Anaheim, and then quickly signed Lindholm to an eight-year extension.

They need to do more before Monday afternoon’s deadline.

Now is the time

Why is this such a critical season for the Rangers to go big? We’ve been over this a few times before this season, but the new contracts the Rangers have (rightfully) given Mika Zibanejad and Adam Fox kick in next year, adding nearly $12 million in cap commitments to the books.

Entering Monday (according to CapFriendly), the Rangers have $6,239,387 in projected cap space. This equates to the Rangers being able to add approx. $31 million in AAV at today’s deadline.

That’s a lot of cap space for a team as close to being a contender as the Ranges are to work with at a trade deadline.

There have been rumors the Rangers would be willing to swing big for a superstar forward (Patrick Kane?) and including young forwards Kaapo Kakko, Filip Chytil and even former No. 1 overall pick Alexis Lafrenière could be available.

The club shot down the idea that Lafrenière would be moved, but the fact he was even mentioned by prominent insiders is an indication that other clubs know the Rangers are in a position to make a significant play at this deadline.

Winning is not guaranteed

Every season is unique in the NHL. Just look across town at the Islanders, who appeared in back-to-back Eastern Conference Finals with almost the same roster that has them destined for the draft lottery this year.

The Rangers are this close to being elite. Defense wins championships, and the Rangers have that. But they need to be able to score at least two goals per game to get there. Adding one more legit offensive threat is desperately needed.

This summer, the Rangers have serious contractual questions to answer. Kakko, Chytil, Ryan Strome and a few others are hitting free agency this summer. With the commitments already made to Fox and Zibanejad, there might need to be a few tough decisions this summer.

It’s time to leverage some of their youth to go for it. As the cliche goes, prospects are cool — parades are cooler. If the Rangers want a parade for the first time in almost 30 years, today is the day for Chris Drury to be bold and go for it.