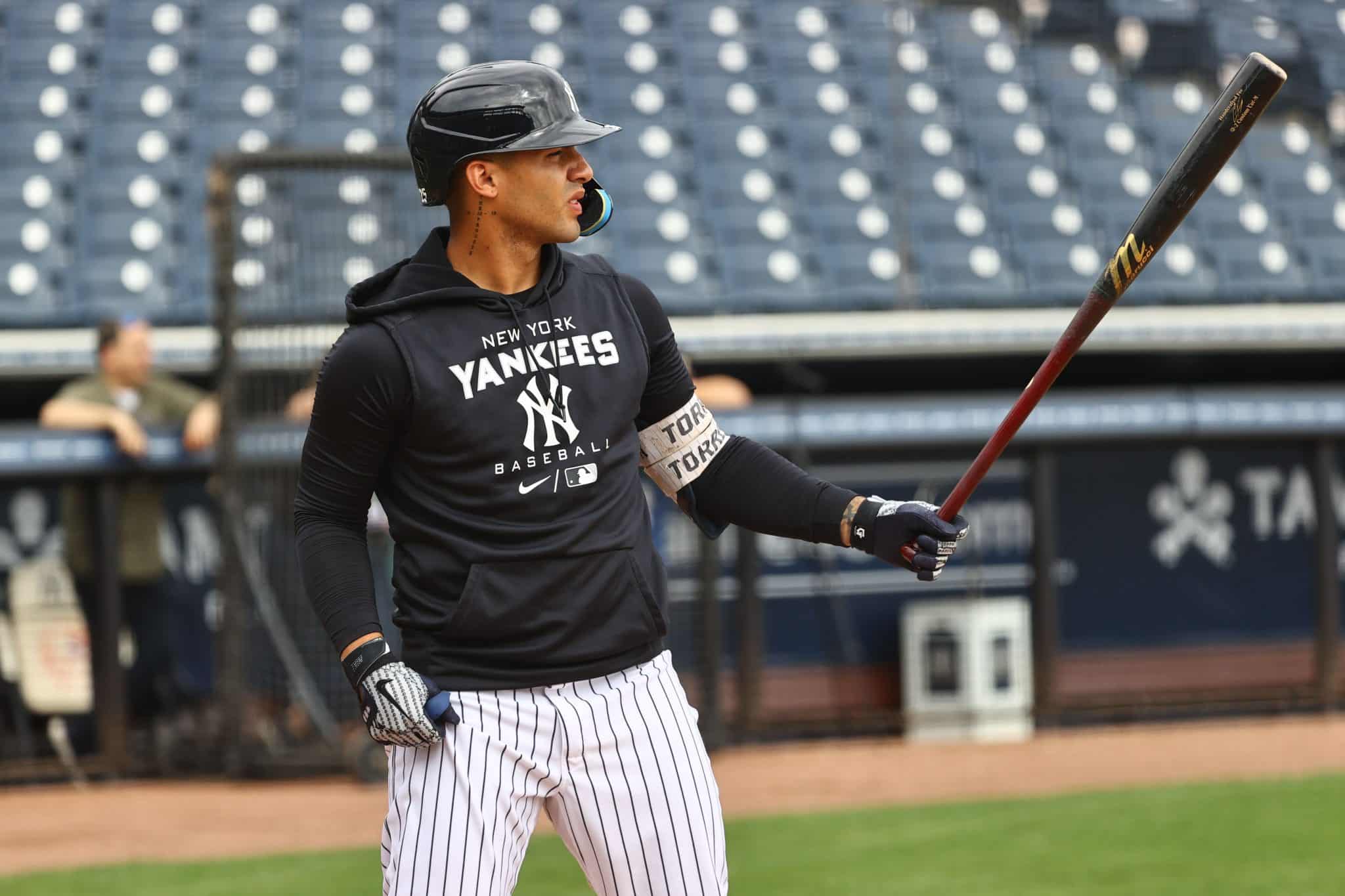 Why has Gleyber Torres really not been in the lineup?

Unless you’re a crazy New York Yankees fan, a writer assigned to cover the team, or both, you’ve probably noticed Gleyber Torres has been mysteriously absent.

For the last two spring training games, the young Venezuelan has not been in the initial starting lineup. Then, he’s suddenly been subbed in at the last minute. For today’s afternoon tilt with the Philadelphia Phillies, Torres is once again out of the lineup.

Taking on the Phillies in Tampa Today 👇 pic.twitter.com/Bm31WJLsou

Granted, there’s a very logical reason for this. As Dan Martin of the New York Post noted, Torres and his wife Elizabeth are expecting their first child any day. I’m a parent myself and made a point to be in the room for my daughter’s birth. Thusly, the Yankees could easily be holding Torres back so he too can be there for his wife.

However, the Yankees also have a crowded infield and two stud infield prospects in Anthony Volpe and Oswald Peraza. Torres has struggled for the past two years as well, and the Yankees have not been shy about pursuing pitching.

Torres might be popular, but the last two years show how many questions remain about his bat. He was known as a strong contact hitter as a rookie, hitting .271 as a rookie with 24 home runs. Thanks to juiced balls, he followed with an eye-popping sophomore season and hit .278 with 38 home runs.

Cue the shortened 2020 season and another injury-riddled 2021, and Torres the player was almost unrecognizable. He hit just .256 with 12 homers over that stretch and later admitted he was focusing too much on power.

But even if Torres returns to something resembling his old form, just look at his infield teammates. Anthony Rizzo has first base locked down. DJ LeMahieu is a two-time batting champ and Gold Glove second baseman who can also play the corners. Josh Donaldson still has a great power bat at age 36.

That leaves Isiah Kiner-Falefa who, if new hitting coach Dillon Lawson is legit, could see an uptick in his own bat to pair with his own Gold Glove.

Unless Torres comes out of the gate batting north of .300, he’s kind of the odd man out.

’90s sensation Rockapella, if you please?

The good news for general manager Brian Cashman is that if he is indeed shopping Torres, there should be a plethora of suitors waiting in the wings. Not only is Torres still just 25 years old, but he has three years of arbitration left. Remember, Torres was considered the star of the return the Yankees got when they sent Aroldis Chapman to the Chicago Cubs. If his bat comes back, that’s value aplenty.

But where does Torres wind up? The Oakland A’s are a strong possibility, having just traded star third baseman Matt Chapman. Oakland would also do well to have someone better than Tony Kemp as their everyday second baseman. By offering up Gleyber Torres, the odds of the Yankees landing someone like Sean Manaea grow stronger. Not to mention, Oakland could make Torres the face of their marketing campaign for their proposed new stadium.

Let’s not rule out the Chicago White Sox either. They have no viable long-term options at second base and Torres would be a great fit there too. Would Rick Hahn be willing to part with prospects and perhaps even Dylan Cease and Michael Kopech?

Granted, this is all speculation and there are no indications the New York Yankees are actively trying to trade Gleyber Torres. LeMahieu’s ability to play multiple positions means he can still play every day at a different one, a la Ben Zobrist. There is a New York Yankees season where the infield as we now see it can function with everyone getting fair playing time.

Except the Yankees really could use a fifth starter. Gleyber Torres has struggled enough that unless his production turns around fast and incredibly for the better, ruthless and restless fans will turn on him.

Maybe it is time for a change of scenery, or maybe we’ve been too unfair to Torres these last two years. Either way, keep your eyes on his name in the coming days.

What would a Yankees trade for Matt Olson look like?

Baseball card shake-up: Topps relationship with MLB over after 70 years