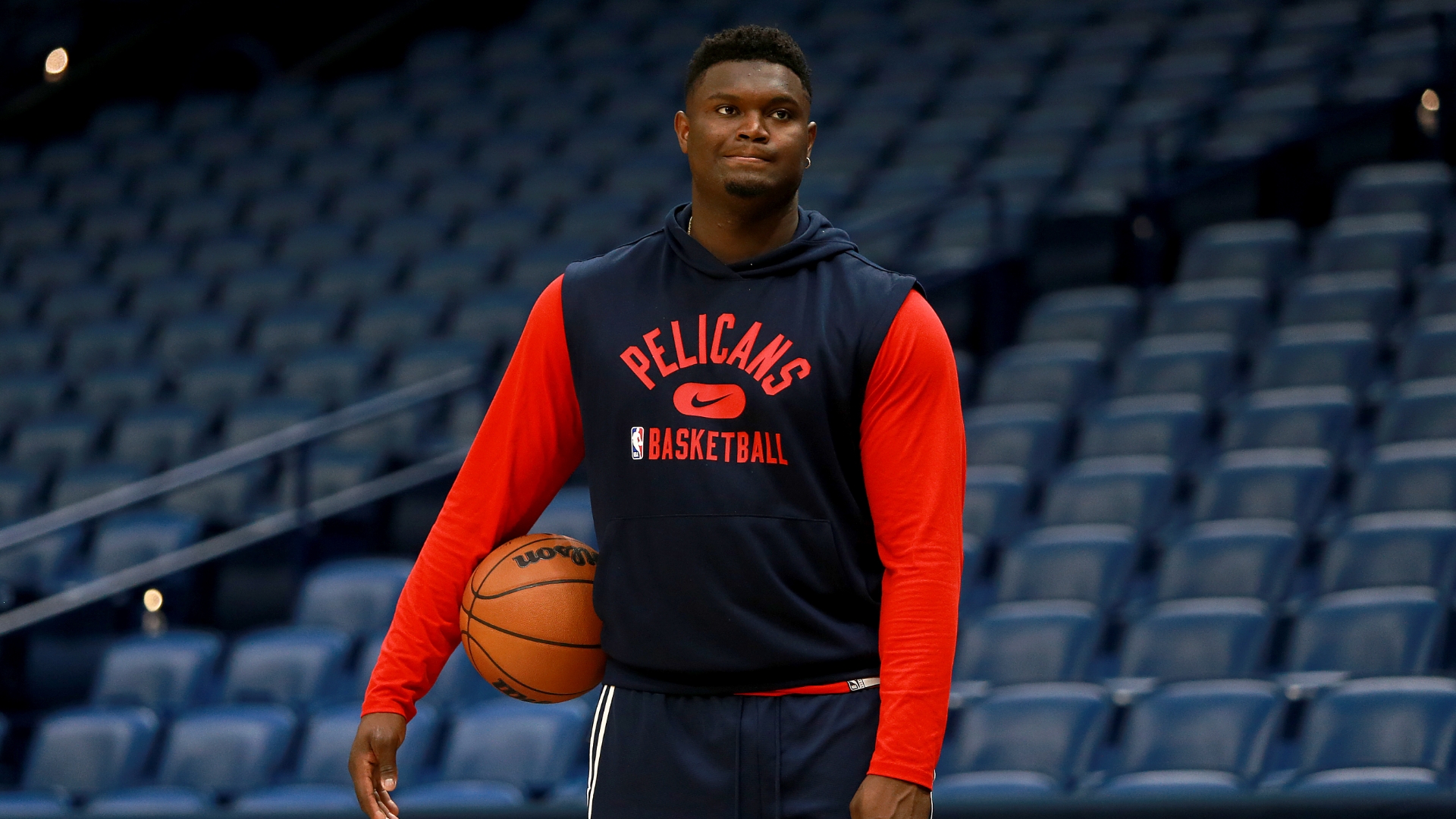 New Orleans Pelicans forward Zion Williamson has yet to take the floor this season. The Pelicans caught everyone by surprise on Media Day when Executive Vice President David Griffin announced that Williamson received offseason surgery to repair a fractured right foot.

Every update thereafter seemed to be a negative one, with Williamson suffering a setback in November which required an injection in his foot in December. He was ruled out through the All-Star break in early February, then it was reported he would be rehabbing away from the team in early March.

With only 10-or-so games remaining in the season, will we see the Pelicans’ young All-Star take the floor this year?

Here’s everything we know below.

What is Zion Williamson’s injury?

It was revealed during Pelicans’ Media Day that Williamson underwent surgery to repair a fractured right foot during the offseason.

The Pelicans were initially hopeful that he would get back on the court in time for the regular season, but that was before a couple of setbacks.

With just over 10 games remaining in the season, we still have not seen Williamson make his 2021-22 season debut.

When will Zion Williamson return?

On March 5, the Pelicans announced that Williamson had rejoined the team from his rehabilitation in Portland, Oregon, and he was cleared to progress in basketball activities.

This was the first positive update we’ve seen on the Williamson front this season but on March 21, there was more bad news.

According to The Athletic’s Shams Charania, Williamson “is not expected to return to play this season.”

Charania added that Williamson “is making progress toward on-court work,” but with only 11 games left in the season, it left an “improbably tight window for Williamson to complete the team’s ramp-up stages ranging from one-on-zero to five-on-five scrimmaging.”

Williamson has been attending Pelicans home games and has “appeared to be in positive spirits around teammates and coaches,” according to Charania.

However, it is now unlikely that we will see Williamson take the floor this season.

How many games has Zion Williamson missed?

Williamson has played a total of 85 games through three NBA seasons after being selected No. 1 overall by the Pelicans in the 2019 NBA Draft.

At just 21 years of age, Williamson has a long runway to get back on the court and have a successful career that will live up to the hype.

Even without Williamson, the Pelicans have emerged as a potential playoff team after a blockbuster trade at the deadline for star guard CJ McCollum has paid dividends.

New Orleans started the season with an ugly 1-12 record but have completely turned its season around, sitting in a tie for ninth place with the Los Angeles Lakers at 30-41.

McCollum has been nothing short of incredible since joining the Pelicans, averaging 26.1 points, 6.7 assists and 5.3 rebounds per game. Alongside star forward Brandon Ingram and an interior force in Jonas Valanciunas, the Pelicans are starting to build an intriguing core for Williamson to join whenever he does return to the court.

New Orleans is all but certainly set to take on the Lakers in the first round of the Play-In Tournament, and it only needs to win one of its remaining two matchups against Los Angeles this season to take the tiebreaker and claim home-court advantage for the single-elimination game.

The Pelicans already defeated the Lakers in their lone meeting earlier this season, placing more meaning on the final two.

Keep an eye out for those matchups on March 27 in New Orleans and April 1 in Los Angeles.