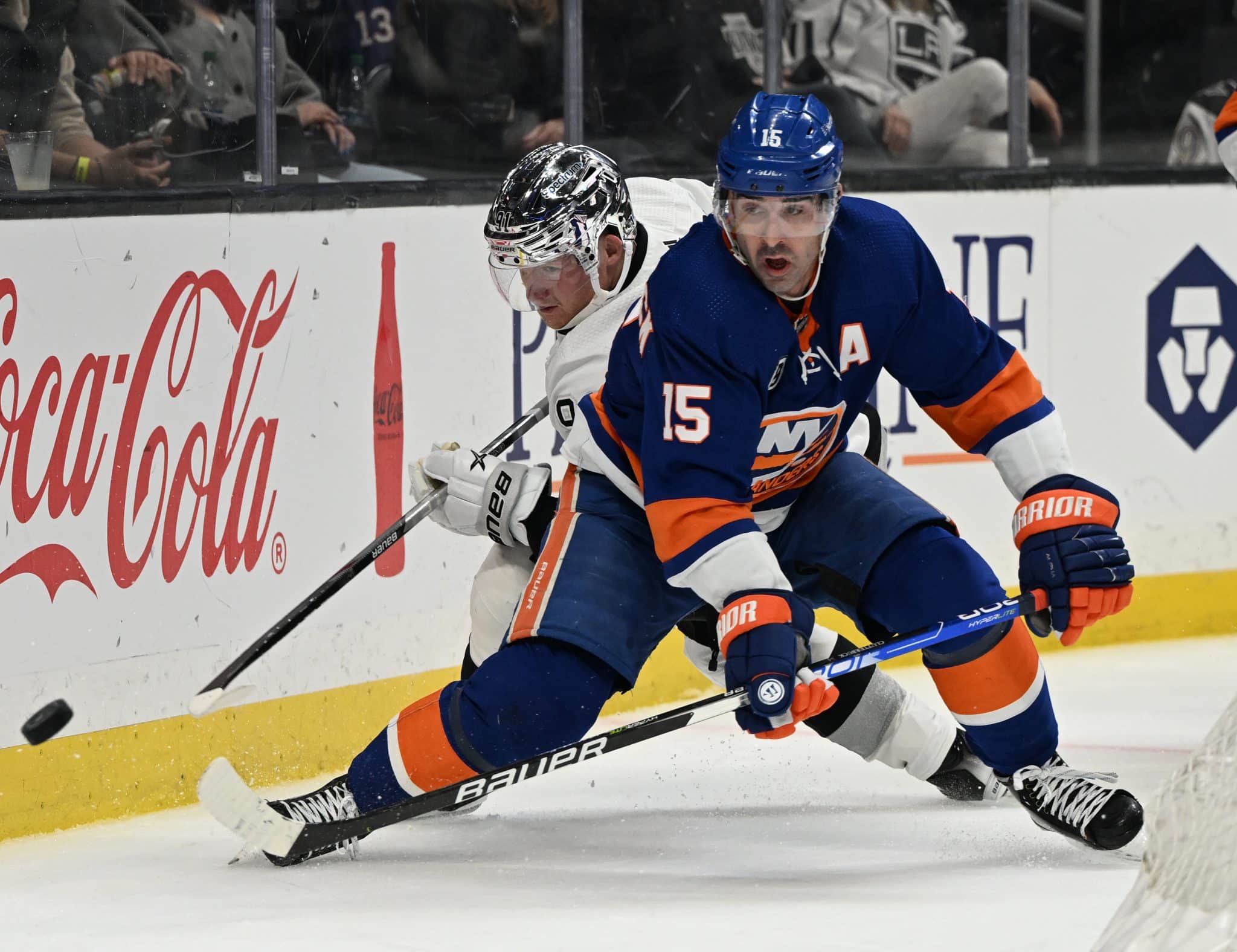 Aside from extending two veterans, the Islanders did nothing at the deadline. Is this team enough?

New York Islanders general manager Lou Lamoriello has earned a reputation for being the quietest GM in the NHL. He keeps his business to himself and the league never knows what he’s up to until the moves are officially made.

So naturally, heading into and on the final day of the 2022 trade deadline, no one expected anything different.

However, Monday came and went and the Islanders did nothing.

After the deadline passed, it was revealed that the Islanders had extended veteran forwards Cal Clutterbuck and Zach Parise, Clutterbuck for two years and Parise for one.

Lamoriello met with the media on Monday evening to address the deadline. He acknowledged that Clutterbuck as well as veteran goaltender Semyon Varlamov garnered much attention, but it looks like he didn’t like the potential returns.

Regarding veteran defensemen Zdeno Chára and Andy Greene, both would’ve likely been touted by playoff teams, but they had expressed early on that they weren’t interested in being traded and wanted to stick it out with one team for the entire season.

That would explain why they’re still here.

Lamoriello said that the team isn’t going to improve just by adding players and that much work will go into taking the team to the next level.

It’s evident that the organization has much faith in the players it has right now and wants to give more time to see what they truly need.

The question is, is this enough?

The Islanders have been playing much better hockey as of late, but several factors have them at a disadvantage when it comes to making the playoffs.

They’ve been cursed since the beginning of the season. They were cold coming out of the gate and had trouble stacking up wins.

As soon as they did get rolling, they were hit with one of the worst COVID outbreaks that the NHL saw this season, one that was handled terribly by the league.

Eventually, most of the team was in COVID protocol and the Islanders had to resort to putting out AHL-ers night in and night out.

Poor play early on and this COVID outbreak saw the Islanders fall to the bottom of the Metropolitan Division.

Unfortunately, this is the toughest and most competitive division in the NHL and although they’re climbing the standings, making the playoffs is probably not going to happen.

The fact that they did nothing at the deadline all but confirms this and it appears as though the organization is hoping to keep this group together, potentially build some more during the offseason, and then start fresh next season.

This isn’t a terrible idea. This Islanders team is coming off back-to-back Eastern Conference Final appearances. This elite defensive team was one of the absolute best squads in the league.

They did lost top RW Jordan Eberle (whose absence is glaring) to the Seattle Kraken and traded workhorse defenseman Nick Leddy to the Detroit Red Wings, but the vast majority of the team is still here.

They added future Hall of Famer Chára, whose age is catching up to him, but he has been playing better lately.

They also signed Parise, who got off to a slow start but has become one of the team’s best forwards and would’ve done wonders for them had he been here during the previous two cup runs.

His excellent play is the reason why Lamoriello didn’t hesitate to extend him.

This Islanders team is good. We all know that. Captain Anders Lee is capable of doing it all. Star center Mathew Barzal is having a down year, but this is uncharacteristic of him and everyone full expects him to get back to normal next season.

Guys like Brock Nelson and Anthony Beauvillier are difference-makers and the fourth line is still an x-factor for this team. Even Kyle Palmieri, who hasn’t had the best tenure with the team, is playing better.

The defense is a bit of a question mark. Chára and Greene, who aren’t getting any younger, aren’t the answer and prospect Sebastian Aho really isn’t cutting it.

It’s great that Noah Dobson is stepping up, but the Islanders need help at the blueline, particularly at the LHD position. This is a position that absolutely must be addressed during the offseason.

The Islanders’ core is still pretty great and the organization should feel confident heading into next season, but moves must be made, especially to address the defense.

As long as the Lamoriello makes some good ones during the offseason, then what happened at the deadline doesn’t matter.