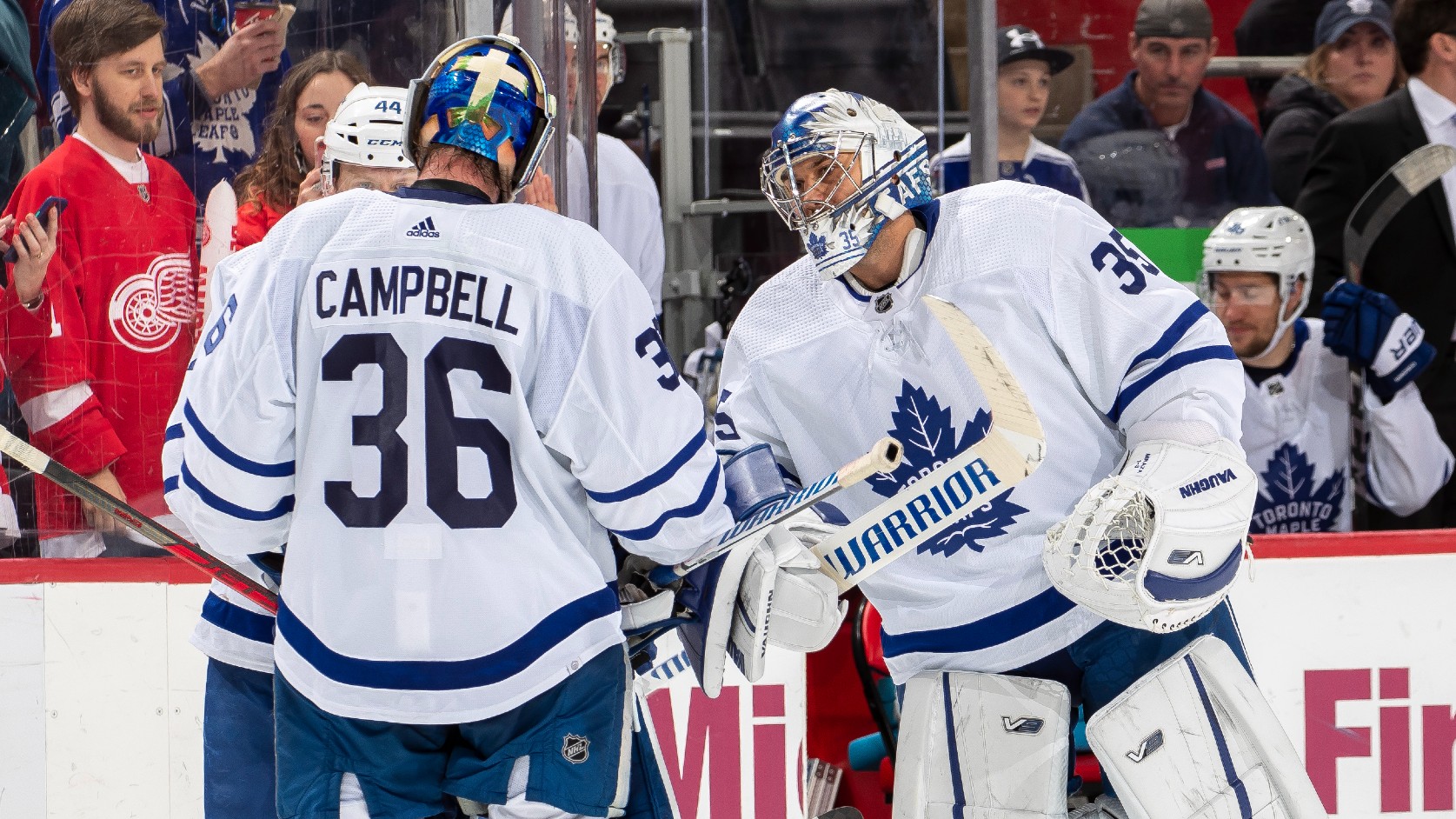 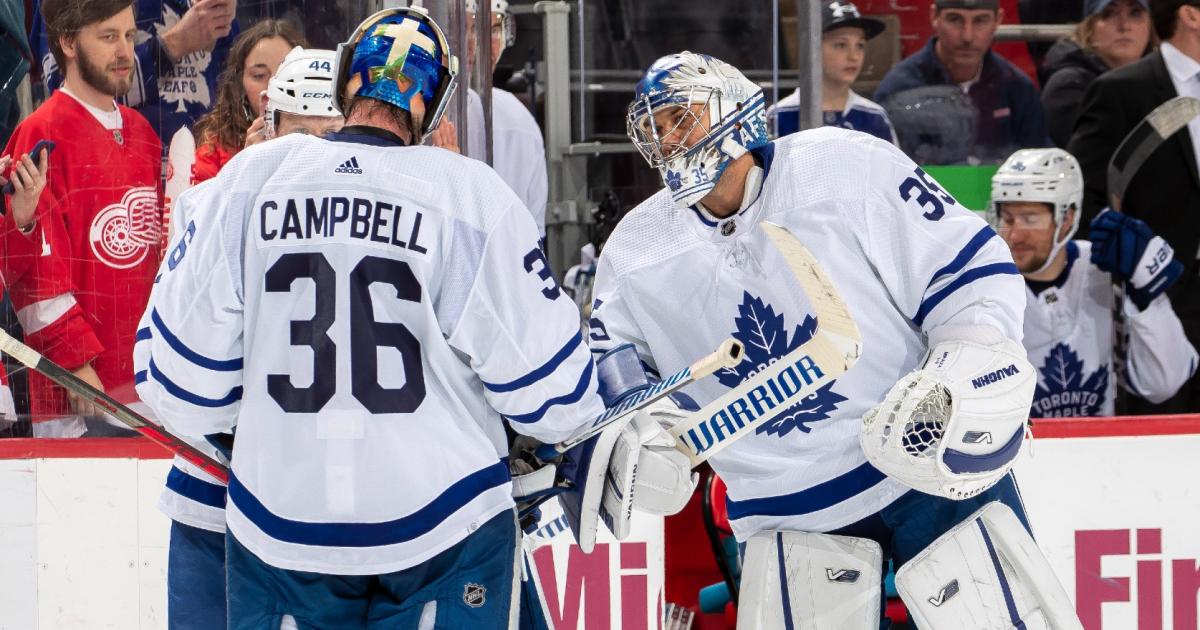 Maple Leafs general manager Kyle Dubas did a lot of things right at the 2022 NHL trade deadline. He added a puck-moving, physical defenseman in Mark Giordano and a solid bottom-six forward with a good motor in Colin Blackwell.

What he did not do, however, was acquire a goaltender — arguably the team’s biggest need.

Toronto’s goalies have been in the headlines for all the wrong reasons the last few months. After a sensational start to the season, starter Jack Campbell fell apart at the beginning of the new year, recording save percentages of .890, .894 and .845 in January, February and March, respectively.

For the season, his totals are a 2.65 goals-against average and .914 save percentage. A week and a half before the deadline, it was announced that Campbell was dealing with a rib injury and would be sidelined for at least two weeks.

Backup Petr Mrazek has been even worse. The 30-year-old has a 3.39 goals-against average and .885 save percentage. His dismal performance at the Heritage Classic on national TV further exposed the issues in net. He recently was placed on waivers as a wakeup call, clearing and rejoining the team days later.

Despite Campbell and Mrazek’s struggles, Dubas did not make a deal for a goalie. There were a ton of rumors about the Maple Leafs and Marc-Andre Fleury, but the veteran elected to go to the Wild instead.

So did Dubas make the right move in staying with his goaltenders? The Sporting News looks at both sides of the intriguing decision.

Why the Maple Leafs should have traded for a goalie

Looking at the current roster, is there anyone that you would trust to win one playoff game, let alone a playoff series, right now?

Nope. And that’s not a position a you want to be in as you look toward the postseason.

Early-season Campbell would be a no-trainer. We were talking about the Vezina Trophy with him after his insane November when he posted a 1.27 GAA and .959 SV%. He has looked far from that version in the last three months.

Some of that probably is due to the injury. A rib injury can’t be comfortable while swallowing pucks and moving side to side. But what will Campbell be when he returns? There’ no guarantee that his struggles will end.

The Maple Leafs know exactly what they have in Mrazek. There’s no injury concern with him; he just has horrible angles and gives up weak goals at the worst time. He should be in the AHL, but the Maple Leafs are forced to play him significant minutes with Campbell sidelined.

Rookie Erik Källgren made his NHL debut on March 11 in relief, but in his first start he posted a 35-save shutout and gave Leafs fans hope that he’s the answer. The Swede followed that by stopping 34 of 36 shots in a win against the Hurricanes, but then got shelled for five goals on 33 shots against the Predators, bringing those expectations back to Earth.

Bottom line, the Maple Leafs have no guarantees right now in net. There is no one on the roster that Sheldon Keefe can throw out and be confident with. Dubas could have brought in Fleury and he would immediately have been a No. 1. He could have gotten Semyon Varlamov or tried to snag Anton Forsberg before he was extended and provide some competition.

Dubas did try to bring in Harry Sateri. He signed the free agent, fresh off a gold medal at the Olympics with Finland, to the veteran minimum, but he had to clear waivers first and was claimed by the Coyotes. Sateri wouldn’t have been the answer anyway, as the 32-year-old had just nine NHL games under his belt.

Dubas ultimately failed to upgrade in net, and if Toronto’s goalies crumble in the playoffs, resulting in yet another first-round exit, his job could be at risk, and rightfully so.

In order to trade for a goaltender, a few things need to fall into place.

One, a team needs to have the assets to get a high-quality goaltender. Two, capable goaltenders need to be on the market. Three, in some cases, the goalie needs to be willing to come to the team.

We’ll start with the last point. That was the case with Fleury. The Blackhawks were clear that they would only trade him if he desired to be dealt and had a destination in mind that was suitable for him and his family. He also carried a 10-team no-trade clause. So even if the Maple Leafs had all the trade assets in the world to acquire him and the Blackhawks agreed to the deal, it was up to Fleury to decide where he wanted to go. It didn’t sound as if Toronto fit his criteria.

According to TSN’s Darren Dreger, talks between Toronto and Chicago never got to the point of discussing with Fleury whether the Maple Leafs worked for him. Where the talks stalled was the cost. Dubas was adamant that he didn’t want to give up a first-round pick; it would have cost him one in a deal for Fleury. He elected to keep picks and prospects rather than give them up for a rental goaltender. He was able to send a lighter package to the Kraken for Giordano to shore up the blue line.

After Fleury, the options really dropped off. There was talk that Varlamov was available from the Islanders, but he’s having a down season. Forsberg is having a strong-ish season on a bad Senators team, but he was taken off the block when Ottawa extended him. Joonas Korpisalo’s name was thrown out, but he was hurt and shut down for the season shortly after the deadline.

Teams shouldn’t want to make a move just for the sake of making a move, and it feels as if Dubas would have been doing that after he missed out on Fleury. There just wasn’t a reliable, No. 1 goalie.

As a result, Dubas is riding with his current goalies. As mentioned above, none of them inspire a ton of confidence given how they have played as of late.

But at one point this season, Campbell wasn’t just a good goalie — he was an elite goalie. He was, at the time, a top-three option in the league. The Maple Leafs don’t even need him to be that version of himself. They just need him to be somewhere between the sensational puck-stopper he was in the fall and the walking Swiss cheese on that has been manning the crease in 2022.

The injury had to have been a factor in Campbell’s underwhelming performances. Källgren and Mrazek can control the net for now and let Campbell get healthy for the playoffs.

How long was the Super Bowl national anthem in 2022? Mickey Guyton hits betting over