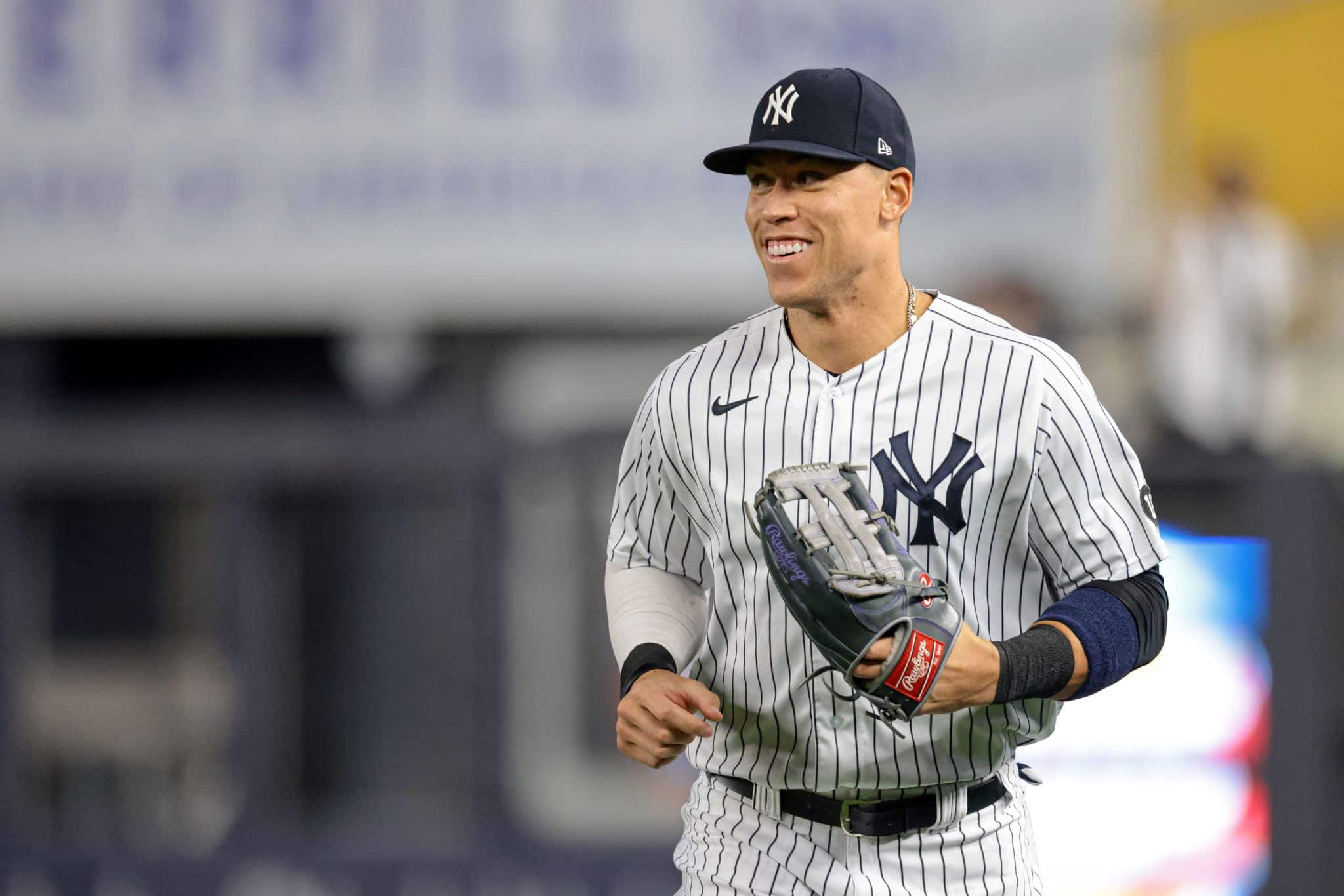 The New York Yankees are in spring training looking forward to a strong 2022 season.

The New York Yankees are in the full swing of spring training, so let’s cue the music!

It’ll be a sprint of a spring camp, but BASEBALL!! The crack of the bat. Random dust clouds at second base. The distinct aromas of hot dog grease, popcorn salt, and peanut shells all blended together in a ballpark buffet worthy of the Borgata.

But seriously, folks, even with a quiet offseason, the New York Yankees are looking exciting. Former MVP Josh Donaldson clearly still has some long and loud home runs in his bat. The Bronx Bombers are in a groove despite the long lockout.

Opening Day is less than two weeks away and make no mistake, devoted readers. The Yankees could still make headlines.

This would certainly be the $64,000 question, or much more since Forbes once again ranked the Yankees as MLB’s most valuable franchise at $6 billion.

As of now, New York’s rotation will likely be as follows: Gerrit Cole, Jordan Montgomery, Luis Severino, Jameson Taillon, and…who knows? Nestor Cortes is likely the favorite in camp, but Deivi Garcia and Clarke Schmidt could also fight their way to the top.

Or maybe Brian Cashman has another move up his sleeve. It’s no secret the Oakland A’s are keen to move one or both of Sean Manaea and Frankie Montas. Even better, the Yankees could almost definitely swing a deal without losing top prospects. This means hanging onto infield prospects Oswald Peraza and Anthony Volpe.

Oakland is in full fire sale mode and already netted a big prospect haul in the Matt Olson trade. Supplemental pieces and maybe a Miguel Andujar throw-in are more than enough in this case.

That is, it will be if the New York Yankees are even considering trading for Manaea, Montas, or someone else entirely.

We all know Aaron Judge deserves an extension. The New York Yankees know it especially and would love to lock him up before he hits free agency next year. Judge himself set Opening Day as a deadline for finalizing one, but seems to have backed off.

Deadline or not, Cashman is probably prioritizing this over any other roster moves. There’s enough pitching depth behind Cortes that filling the No. 5 slot isn’t an emergency now. Extending one of the top power hitters in baseball, meanwhile, should be fairly urgent.

To any fans whose blood pressure is reaching Homer Simpson levels, take a deep breath. Cashman’s on it and said on Saturday that Judge would receive an offer before Opening Day. Aaron Judge also seems pretty motivated to spend his entire career in pinstripes, so it’s hard to imagine these will be contentious negotiations.

In the meantime, the New York Yankees will have another slate of games this week as the countdown to Opening Day continues. Monday’s tilt with the Detroit Tigers will see young phenom Deivi Garcia take the mound, while Clarke Schmidt faces the Philadelphia Phillies on Tuesday.