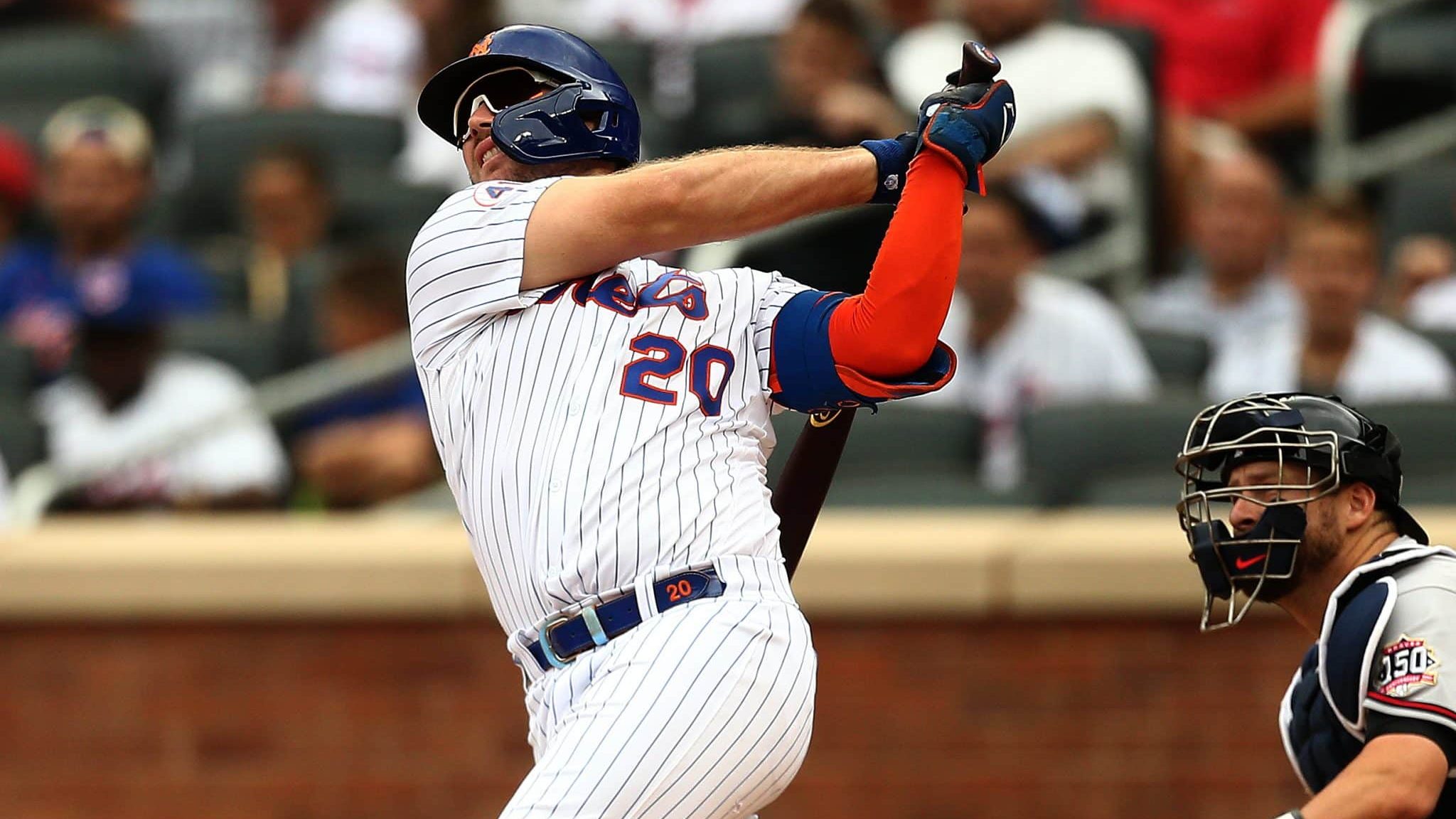 Who are the top options at first base in your fantasy draft?

We’re getting you ready for your fantasy baseball drafts ahead of the start of the 2022 MLB season.

Yesterday, we gave you our top ten fantasy catchers. Today, we’re turning our attention to first base. Unlike our catcher rankings, the Mets and Yankees are represented in today’s rankings.

In most years, Vladi would have been the MVP of the American League last year. He chased a triple crown all the way into September. And the Blue Jays added Matt Chapman to their lineup. He’s a beast on another level and will be a top-five pick in most drafts.

That feels weird… Freeman as a Dodger. But he’s there now, and he brings his impact bat to the middle of a potent Dodgers’ lineup. He’ll put up numbers again this year as he did in Atlanta, and will the same expectations at the end of the year: a World Series championship.

Abreu is, quietly, one of the more consistent RBI guys in the game. He still put up numbers last year without Eloy Jimenez or Luis Robert in the lineup for a big part of the season. With those two healthy, he’ll be back in the MVP conversation in the American League.

Olson replaces Freeman in Atlanta; those are big shoes to fill. But he showed the ability to put a ball out of any park in the game while playing in the massive Oakland ballpark. He might not match Freeman’s average or OBP, but he’ll hit the ball a mile and drive in plenty of runs in Atlanta.

Your annual favorite in the Home Run Derby, Alonso should benefit from an improved lineup surrounding him this year. With Starling Marte hitting in front of him, Alonso could see plenty of pitches with someone in scoring position.

Goldie is as good as they come defensively and offensively. He isn’t stealing as much as he did in Arizona earlier in his career, but he’ll have plenty of chances to drive in runs with Nolan Arenado supporting him in St. Louis.

Many will look at a healthy Angels’ lineup and focus on Ohtani, Trout and Rendon. But Walsh is a potent bat who they’re asking to provide balance and support to their big dogs. He’s a solid option at first later in your draft and could prove to be a steal.

Now in New York for a full season, we love what Rizzo brings to the Yankees’ lineup. And with the likes of Judge, Stanton, Gallo and Donaldson surrounding him, he’ll score lots of runs if he’s hitting in the top third of Aaron Boone’s lineup.

There’s a lot of upside in Baltimore with Mountcastle, who will also have outfield eligibility. He was one of their top prospects before making the big leagues last year and should improve with more consistent plate appearances.

Hoskins has been a big power guy in the past, but he’s had two dismal years. But he should be back healthy this year and we really like the depth in the lineup in Philly.