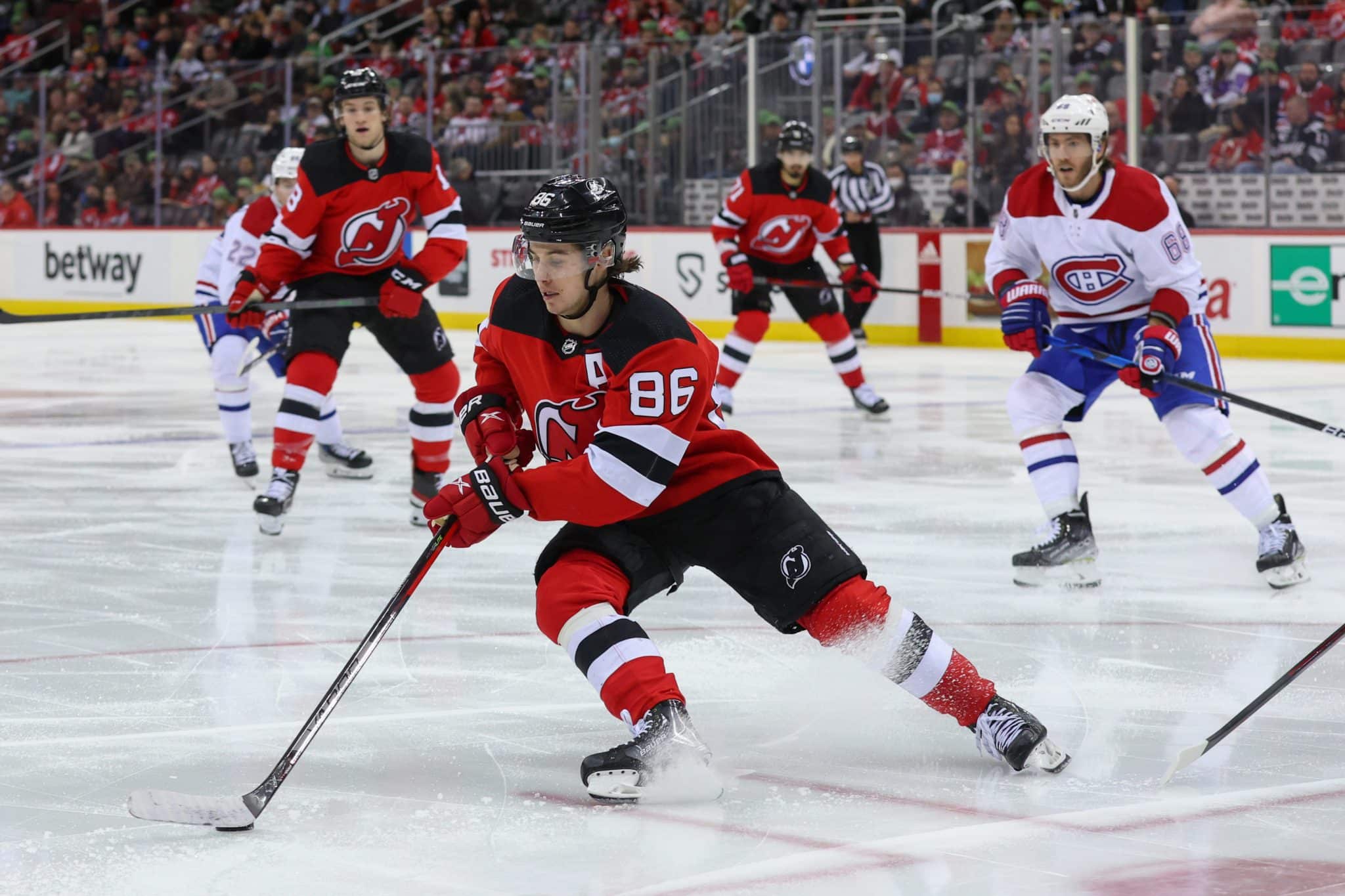 Hughes continues to take the league by storm.

The New Jersey Devils are coming off another week in which they showed us that goaltending is the reason they weren’t competitive this season.

It was another high-scoring week for the Devils, highlighted by an unforgettable performance against their rivals and one of the best teams in the league, the New York Rangers.

They found themselves down 2-0 early but scored five unanswered goals and ended up winning the game 7-4.

This was also a big week for the Devils for other reasons. They welcomed back winger Miles Wood for the first time this season, a player whose absence has been glaring, especially after his breakout season last year.

The Devils really do have one of the best offenses in hockey and several players contributed in that aspect last week. The young Jack Hughes, however, stood out the most.

Hughes is growing to become the embodiment of a superstar. He notched seven points in four games last week, including a whopping five goals and multiple goals in two games. He also earned his 100th career point against the Rangers.

He was the team’s best player in three games and his Game Score of 3.45 against the Montreal Canadiens was his third-highest of the season. Hughes was elite offensively, but also had a strong week in his own zone, his best in weeks.

Showing them how it’s done. pic.twitter.com/YydkQLM1SA

Hughes’ ability to produce against both the top teams and lesser teams in the league, alike, is most impressive.

Head coach Lindy Ruff has resorted to shuffling the lines all season long, but has finally found something with that top line of Yegor Sharangovich-Hughes-Dawson Mercer.

Hughes is having a positive impact on both wingers. In fact, Sharangovich is an honorable mention this week.

Hughes is a true MVP for this Devils team and is going to be arguably their most important piece moving forward.