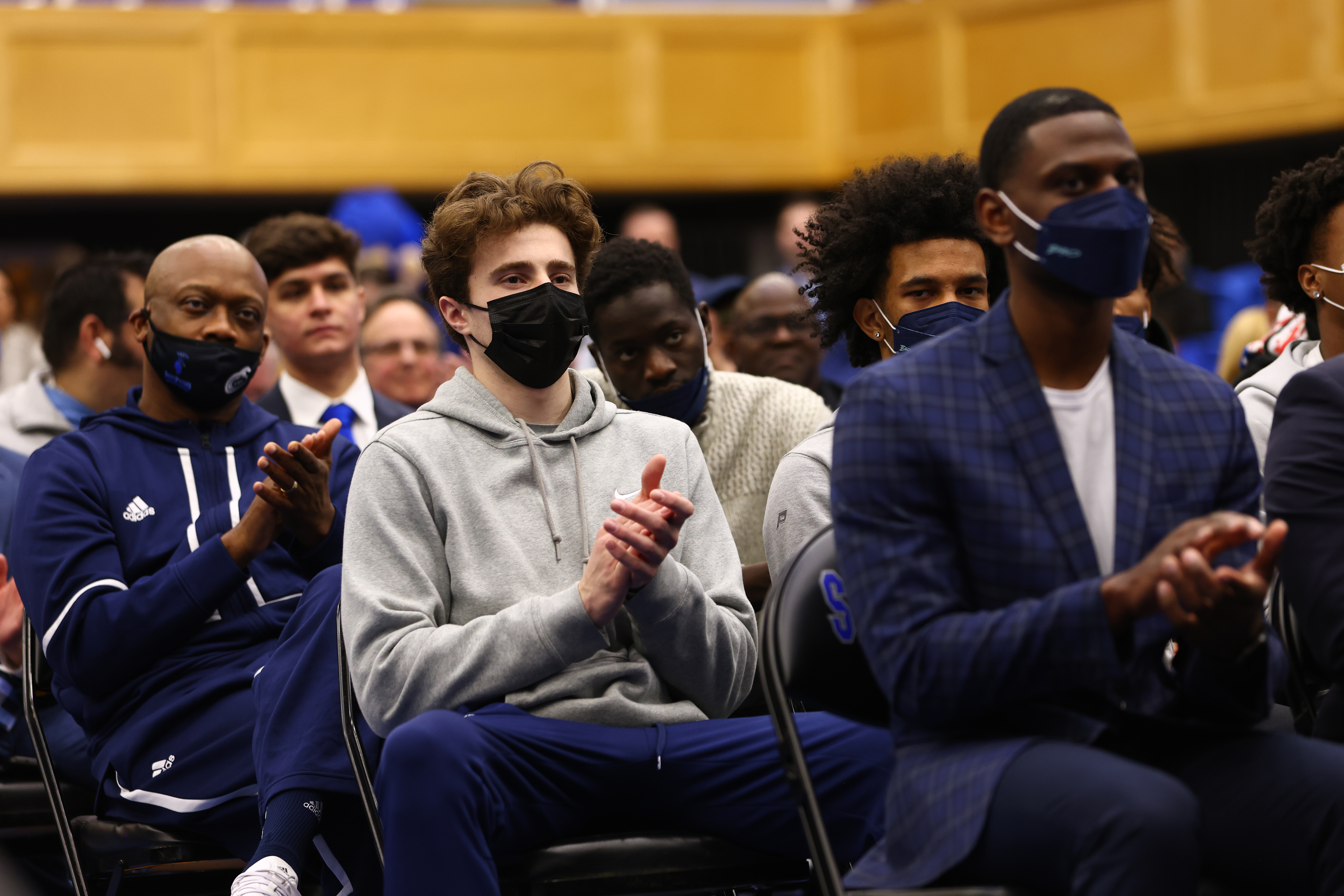 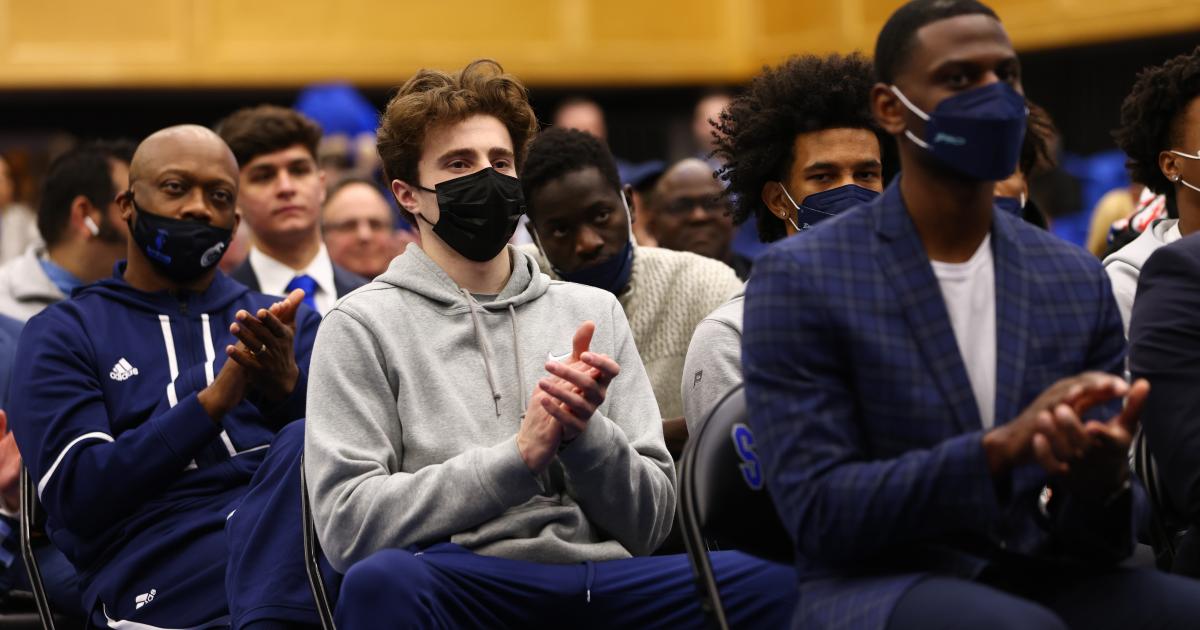 Under the bright lights of March, St. Peter’s men’s basketball shone, becoming the first 15-seed to advance to the Elite Eight — all while captivating the nation’s spotlight.

Led by the impressive tactics of coach Shaheen Holloway, the Peacocks impressed, vanquishing No. 2-seeded Kentucky, No. 7-seeded Murray State and No. 3-seeded Purdue before falling to No.8-seeded North Carolina last Saturday.

Holloway’s exploits were rewarded — the former Seton Hall point guard was officially introduced as head coach of the Pirates on Thursday.

Still, the magic of Holloway’s run with St. Peter’s wasn’t lost on those in attendance. With just 13.6 miles separating St. Peter’s and Seton Hall, a gaggle of Peacocks players came in support. And Holloway made sure to acknowledge his former St. Peter’s and their impressive accomplishments.

“I wouldn’t be up here if it wasn’t for those 15 young men right there,” Holloway said.

The first applause, which was more of a golf clap, didn’t satisfy the new Pirates head coach.

“Pirate Nation, we can do it better than that. Pirate Nation– those 15 young men right there. Stand up! Get up!”

Fans, team personnel and even current Pirates players stood and applauded the Peacocks, according to WNBC’s Bruce Beck.

In an incredible classy move @CoachSha10 introduces the entire @PeacocksMBB to the crowd at Seton Hall University during his introductory press conference – and they receive a standing ovation! So much love in this hire and in this building @SetonHallMBB ! pic.twitter.com/pUT2qUyI0p

Earlier in the day, Holloway penned a goodbye message to St. Peter’s and its fans:

Good morning, Thank you Peacock Nation for all your love and support . Words can not explain the appreciation and love I have for you all .. Let Make sure you all keep supporting the team with the same energy and passion you did all year long .. Love is love coach sha ‼️‼️

Meanwhile, St. Peter’s hopes to fill its coaching vacancy with another tactician with roots in the area — according to NJ Advance Media’s Adam Zagoria, the Peacocks are hoping to replace Holloway with Rutgers assistant coach — and Livingston, New Jersey, native — Brandin Knight.