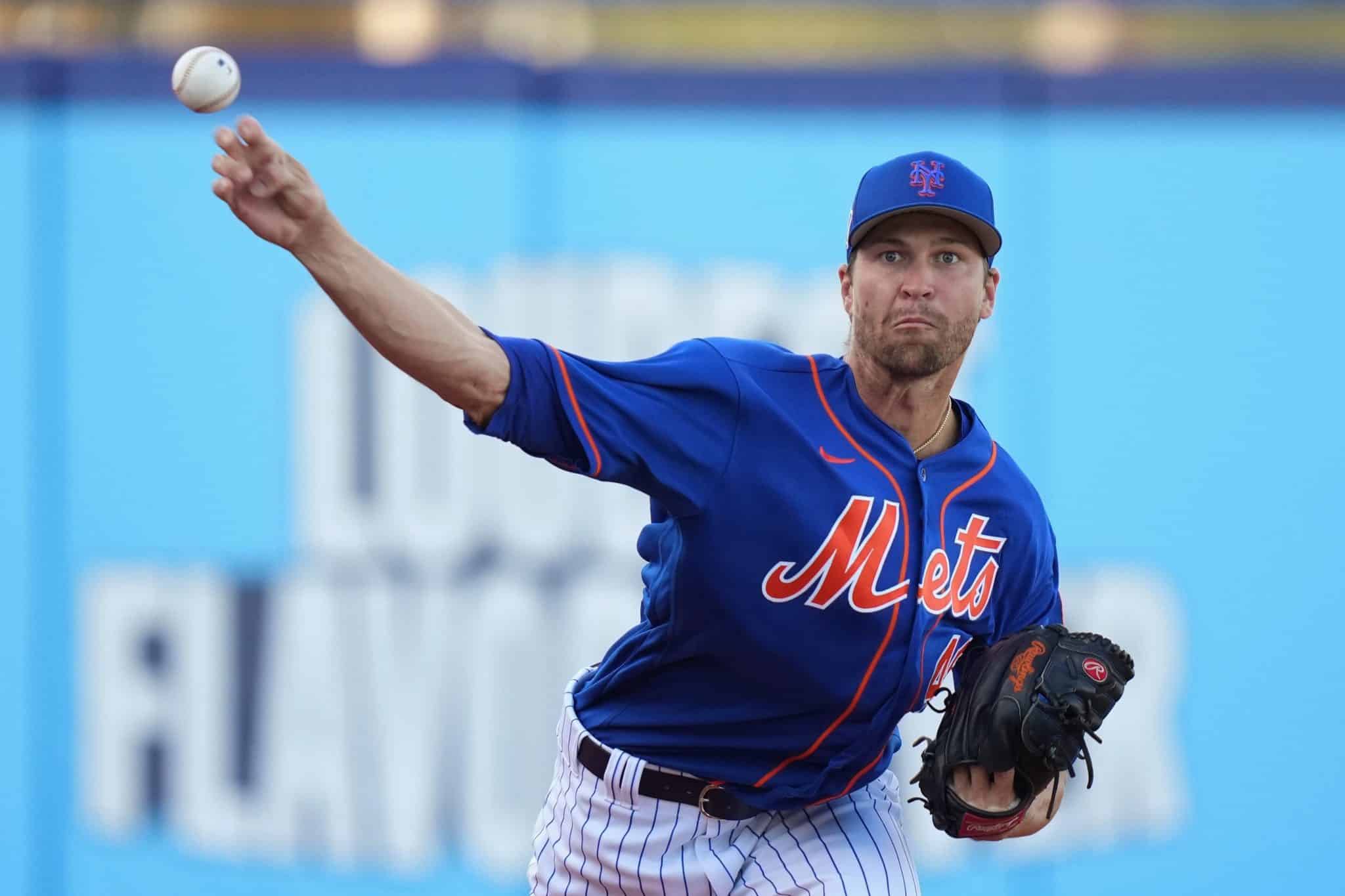 Jacob deGrom is missing Opening Day with a stress reaction and that’s not even the worst part of the news for the New York Mets.

Not only is Jacob deGrom going to miss Opening Day, but he’s going to miss much longer than that according to ESPN’s Jeff Passan. The New York Mets two-time Cy Young winner is going to be shelved for “a significant amount of time to start 2022.”

For now, Jacob deGrom will be shut down a month before he starts throwing again. After a month, the Mets will take a look at the area again and re-evaluate where he is and what the right course of action is going forward.

In a third tweet, Passan adds that there is no damage to the muscles, tendons, or ligaments. It’s a bone-related injury. It’s not the worst possible news because there is still a chance deGrom could pitch this year, but this doesn’t sound good. He’s not going to throw for at least a month. Ouch.

His last start came in July of 2021 and we have no idea when we will see him on the field again.

Max Scherzer is the next man up here. Steve Cohen threw a boatload of money at Scherzer during the offseason because he’s a tried-and-true ace. That’s exactly what the Mets need.

The rest of the rotation will slide up a spot. The group of Scherzer, Chris Bassitt, Carlos Carrasco, Taijuan Walker, and (probably) Tylor Megill is still a strong rotation. The Mets should still be contenders in the National League with or without deGrom.

It’s not a great time to be a baseball fan in New York. The Mets and Yankees are losing a ton of games to exclusive streaming services like Amazon Prime, AppleTV+, and Peacock.

On the bright side, Mets fans won’t miss Scherzer’s debut. He was originally supposed to pitch during an exclusive AppleTV+ game.